The ministry has completed the activation of the smart mosques system. (SPA)

MADINAH: The Ministry of Islamic Affairs’ branch in Madinah has completed the activation of the smart mosques system.

This aims to use state-of-the-art digital systems to monitor mosques in all parts of the Kingdom quickly and accurately.

The initiative allows imams and congregates to convey their observations to the ministry through a device installed in each mosque, via an encrypted smart data panel using the Quick Response (QR) code.

The smart mosque system will be activated in 300 mosques in the coming weeks, while the 1,700 remaining mosques will follow gradually. 2 / 5
Al-Jubeir with families of fallen victims and those who were injured. (Supplied) 4 / 5
Al-Jubeir with families of fallen victims and those who were injured. (Supplied) Saudi Minister of State for Foreign Affairs Adel Al-Jubeir attended a national memorial service in Christchurch to honor the 50 victims of the March 15 mosque terrorist attack.

At the service, Al-Jubeir met with some family members of the victims, as well as the two injured Saudi nationals Khalid Al-Shadukhi and Aseel Al-Ansari. 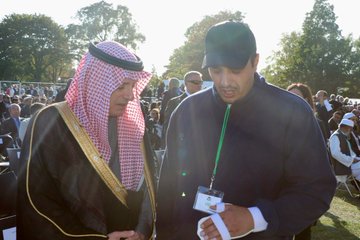 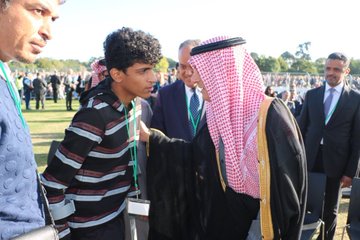 “Our challenge now is to make the very best of us a daily reality. Because we are not immune to the viruses of hate, of fear, of other. We never have been,” Ardern said, in a native Maori cloak known as kakahu.

“But we can be the nation that discovers the cure. And so to each of us as we go from here, we have work to do,” she said, while also adding the world had to end the vicious cycle of extremism and that it needed a global effort.
“The answer to them lies in a simple concept that is not bound by domestic borders, that isn’t based on ethnicity, power-base or even forms of governance. The answer lies in our humanity,” she said.

The mosque is built at the place where a group of jinn are said to have gathered one night to hear the recitation of a portion of the Quran by Muhammad. Muhammad later met there with these jinn’s leaders and accepted their embrace of Islam and their bay’ ah (oath of allegiance) to him. The incident is mentioned in chapter al-Jinn of the Quran.

This article was first published in Wikipedia 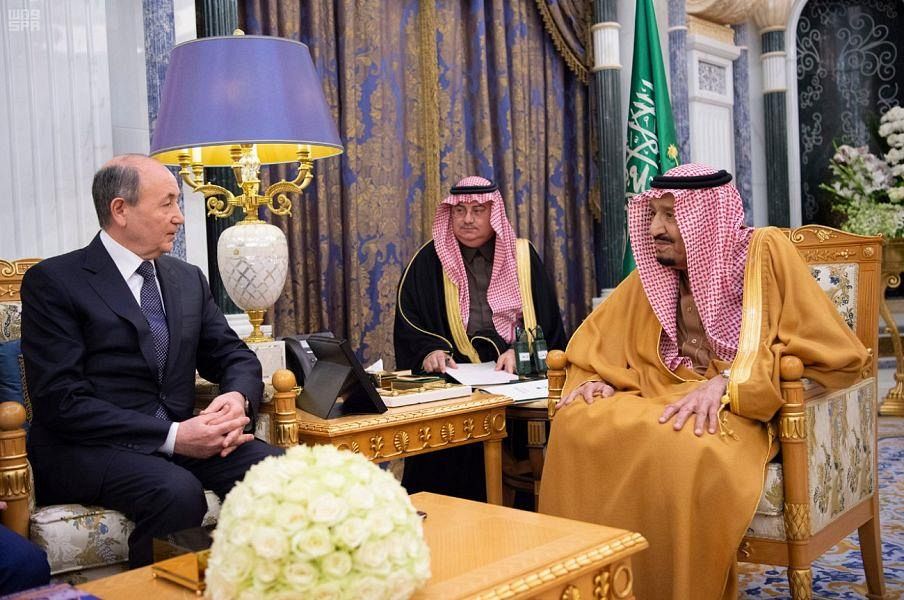 The Custodian of the Two Holy Mosques King Salman bin Abdulaziz Al Saud has received a message from President Ilham Aliyev of the Republic of Azerbaijan.

The message was delivered to the Custodian of the Two Holy Mosques by the Minister of Justice of the Republic of Azerbaijan Fikret Mammadov during a meeting at Al-Yamamah palace in Riyadh today.

During the reception, the Minister conveyed to the King the greetings of President of the Republic of Azerbaijan, while the King extended his greetings to the President. 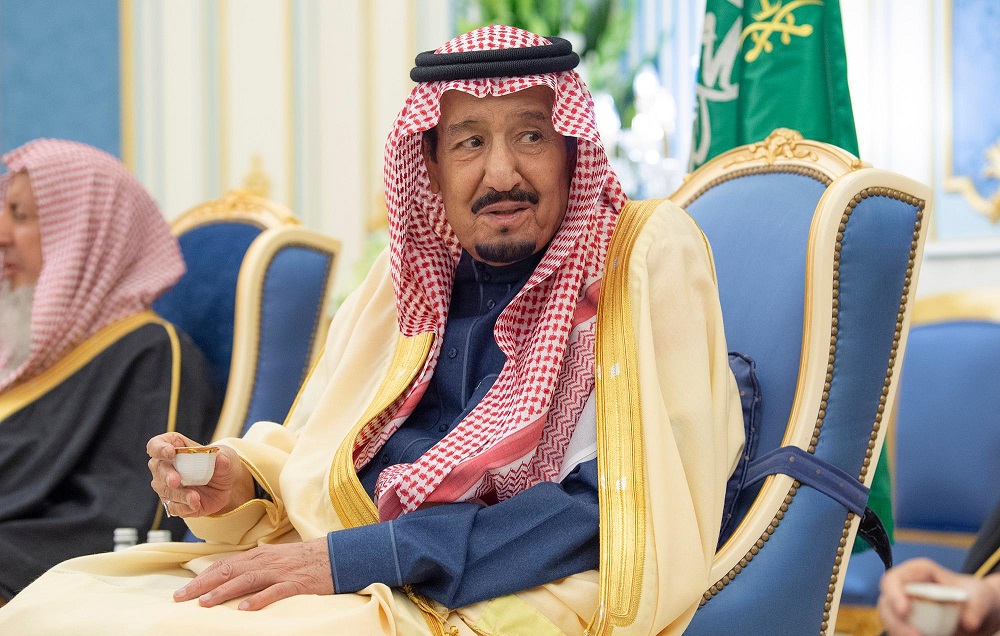 The Custodian of the Two Holy Mosques King Salman bin Abdulaziz Al Saud received at Al-Yamamah palace here today princes, the Kingdom’s Grand Mufti, the Speaker of Shura Council, ministers, scholars and a group of citizens who came to greet him.

At the outset of the reception, they all listened to a recitation of verses from the Holy Quran.

The audience was attended by Prince Turki Al-Faisal, Prince Faisal bin Bandar bin Abdulaziz, Governor of Riyadh Region, and a number of princes. 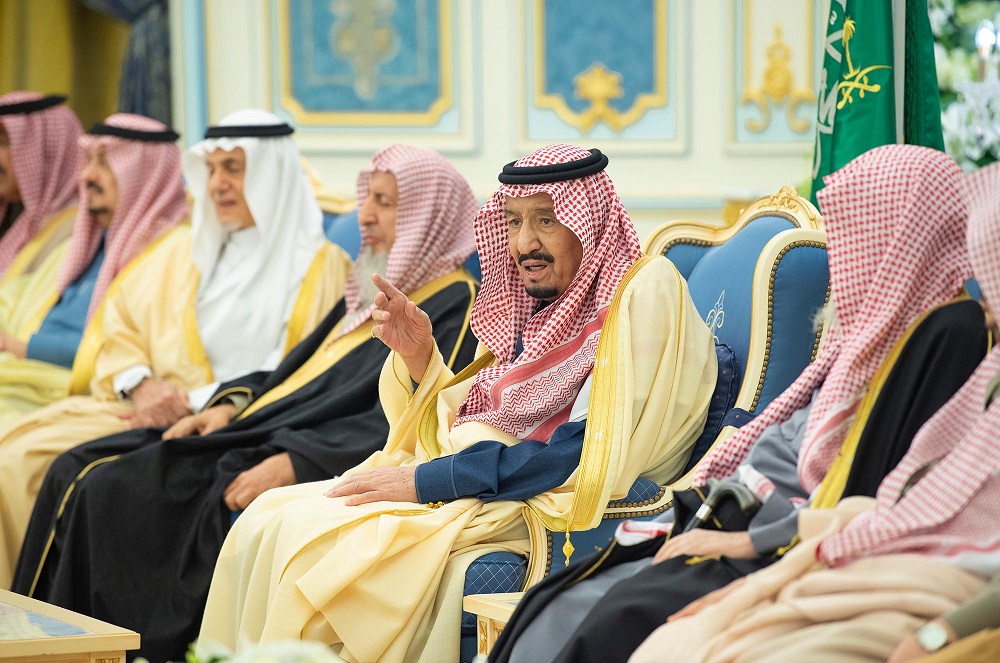 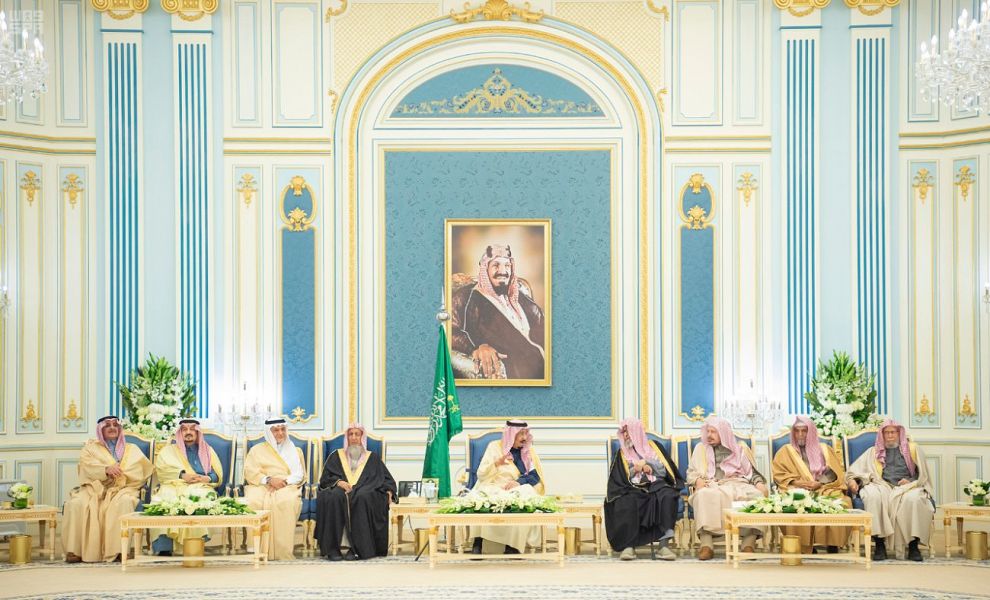 Al-Rahma Mosque was built in 1985 on the edge of Jeddah’s Corniche in Saudi Arabia.
It is also called Fatima Al-Zahra Mosque, and is one of the most visited mosques in Jeddah, especially by Muslims from East Asia.
Covering an area of 2,400 square meters, it receives Hajj and Umrah pilgrims from around the world.
The mosque is a combination of modern and old architecture and Islamic art. It is built with state-of-the-art technology, equipment, and sound and lighting systems.
It consists of 52 outer domes in addition to the main dome — the largest — with eight supporting pillars. There are 23 external umbrellas, beaded on the outside and inside with verses of the Qur’an.
There are 56 windows designed in Islamic style, a high-hanging wooden prayer area for women, washrooms, and comfortable worship rooms.
Worshippers and tourists prefer to visit the mosque at dawn or sunset to enjoy the view of the Red Sea.
It is also known as the Floating Mosque because it is surrounded by the sea ­— during high tide it appears as if it is floating.