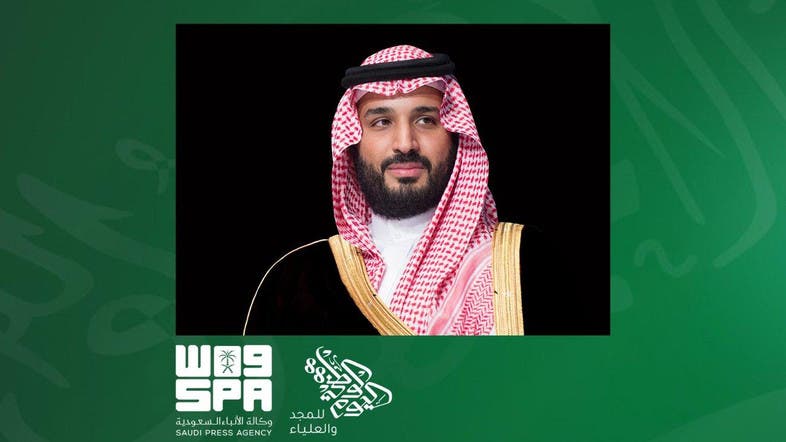 Saudi Arabia’s Crown Prince Mohammed bin Salman has released a statement on the occasion of the kingdom’s 88th national day.

The crown prince affirmed that the occasion of the Saudi National Day as one to recall the achievements of the country’s founder, the late King Abdulaziz bin Abdulrahman Al Saud, and his sons after him.

In the speech, he highlighted efforts of the Saudi people to achieve the objectives of Vision 2030 and underlined the great success of the last Hajj season.

The crown prince also stressed that Saudi Arabia would remain steadfast in the principles of tolerant Islam, the religion of moderation, and in fighting extremism and terrorism. He stated that “no one will be allowed to attack the sovereignty of the kingdom or tamper with its security.

Below is a translation of the crown prince’s speech:

Our great country celebrates this day by recalling the founding King Abdulaziz bin Abdulrahman Al Saud – may God have mercy on him – who with God Almighty’s blessings – united this nation and laid the pillars of the state and after him the sons of righteousness to complete the process of building this great entity.

On this day, we take pride in our dear homeland and its achievements and position on an international, Islamic and Arab level and its influential role in achieving regional and international security and peace; economic and developmental achievements in an institutional work aimed at achieving economic prosperity and social security by the efforts of its sons and daughters; the convergence of all government agencies and the establishment of the principles of transparency and justice to promote integrity and fight corruption; and to strive to achieve the objectives of Vision 2030, which looks forward to the future and seeks to put our precious country in the forefront of nations with continuous follow-up, support and generous guidance from the Custodian of the Two Holy Mosques King Salman bin Abdulaziz Al Saud.

This cherished occasion requires us to thank God Almighty for the generosity of our country to serve the Two Holy Mosques and to care for the Hajj and Umrah pilgrims and visitors, care of which has been reflected in the great success of the last Hajj season and the constant blessings from God to those who have dedicated to the efforts of the Government of the Kingdom of Saudi Arabia and its hospitable people, and its constant concern for the continuous development to serve those who visit the sacred lands and ensure they are performed with ease.

Our dear homeland, from which Islam emerged and from which the lights of prophecy have been shown, will remain steadfast in the principles of true religion, the religion of tolerance and moderation; and a fighter against extremism and terrorism, as confirmed by the Custodian of the Two Holy Mosques when he said: “There is no place among us for an extremist who sees moderation as an abrogation and exploits our compassionate doctrine to achieve his goals, no place for a man who sees in our war on extremism as a means to spread moral degradation and exploit the religion to achieve his goals”.

No one will be allowed to attack the sovereignty of our homeland or tamper with its security. We would like to pay tribute to the generous efforts of our countrymen in all fields, foremost among them the soldiers of the homeland and its security personnel, who have written the finest heroic epics to defend the religion and the homeland, calling God Almighty to provide forgiveness and mercy to the martyrs and health to those recovering.