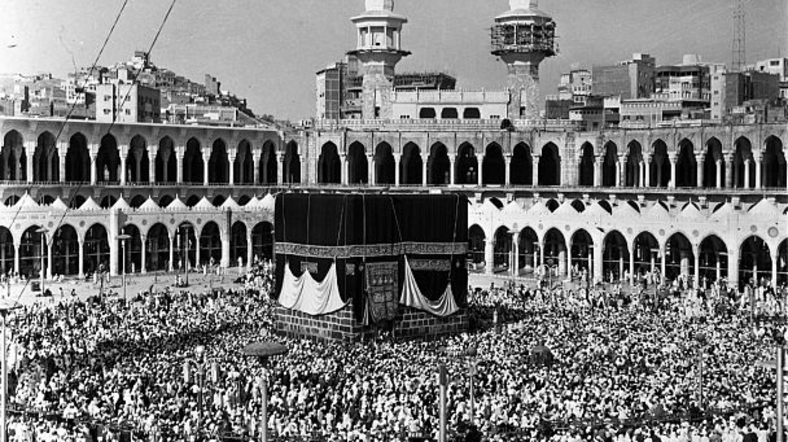 Saudi Arabia’s Mecca city is a blessed place chosen through history to be the destination for the prophet’s revelations, becoming the Qibla for millions of Muslims from all around the globe.

Mecca’s history goes deep down in time, where it was established before the birth of prophet Ismael who along with his father prophet Ibrahim put together the foundation of the Kaaba, after Ibrahim had built the Kaaba, an angel brought to him the Black Stone, to become a holy place for Adam’s sons to live around it until it was destroyed by the flood during prophet Noah’s time, turning the area to dry valley, surrounded by rocky mountains. 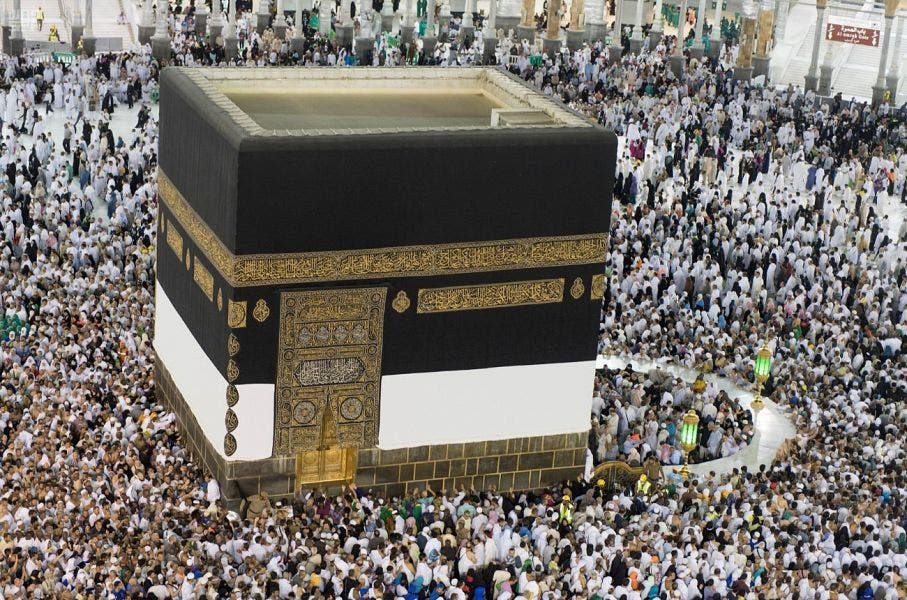 People at that time started to move to the valley and live in it after the existence of Zamzam water which sprang from the desert land, when prophet Ibrahim left behind his wife Hajer and son Ismail, to follow God’s revelations. 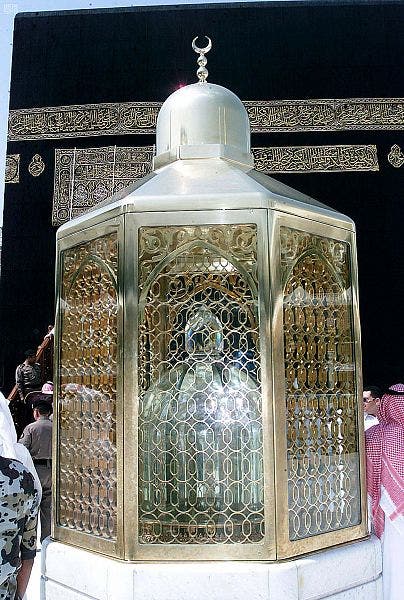 Mecca city include many Islamic historical sites, the most important of course is the Grand Mosque or al-Masjid al-Haram, Qibla for Muslims for all over the world during Umra and Hajj, as it includes Prophet Ibrahim Kaaba. 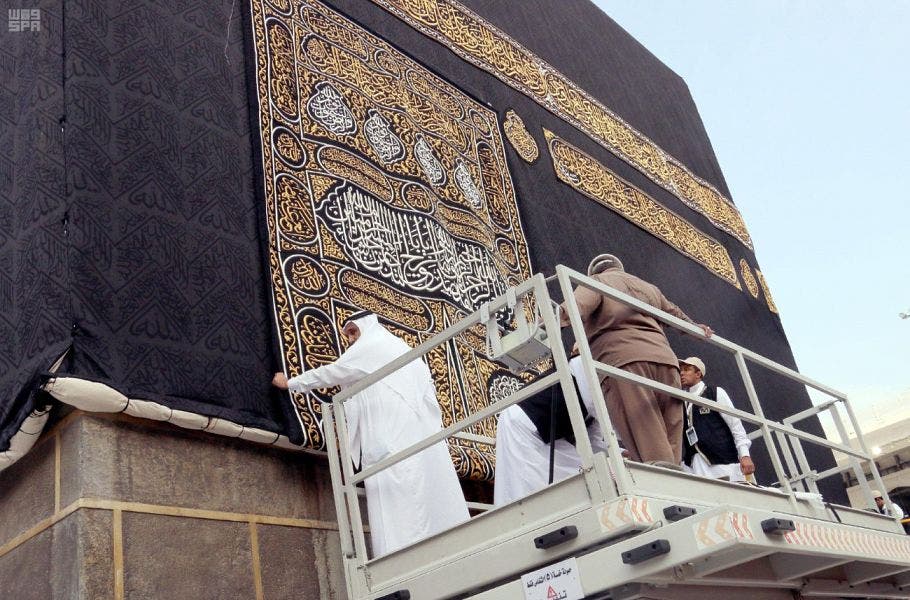 Inside the Kaaba are three wooden pillars holding the roof of the Kaaba. Each column is approximately 150 cm, with a square engraved wooden base, according to Saudi Press Agency (SPA). 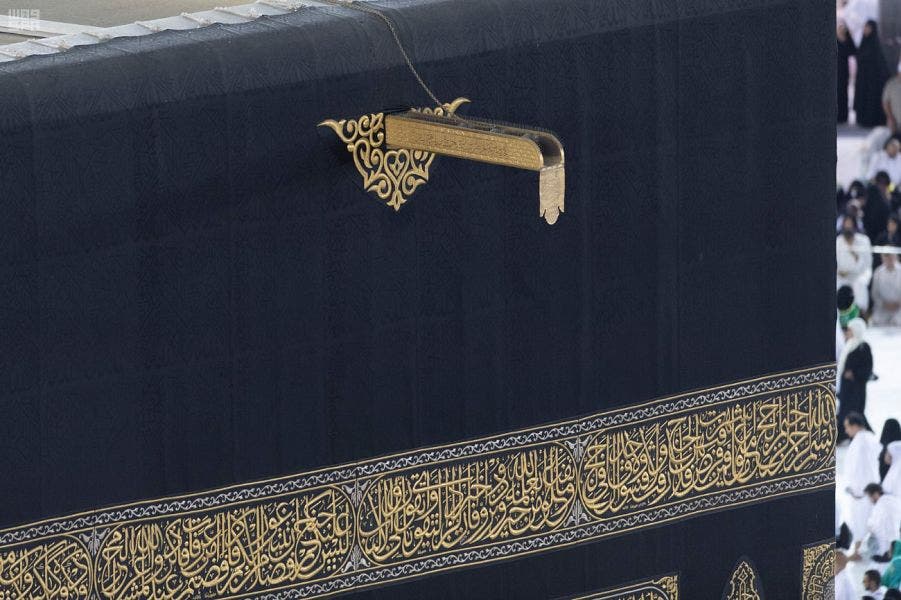 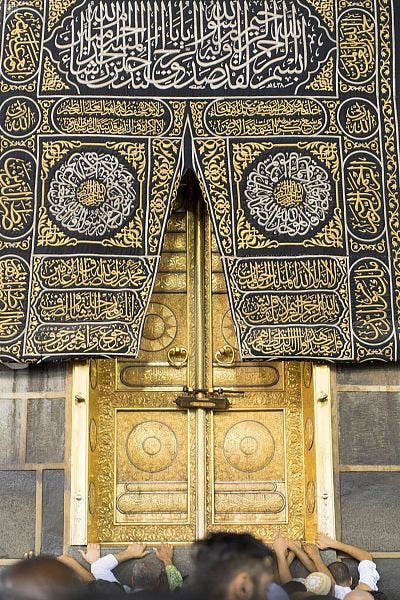 The Kaaba witnessed great care during the reign of the Custodian of the Two Holy Mosques King Fahd Bin Abdul Aziz , launching restoration work, which was considered a comprehensive revolution that has not happened since 1040 AH. 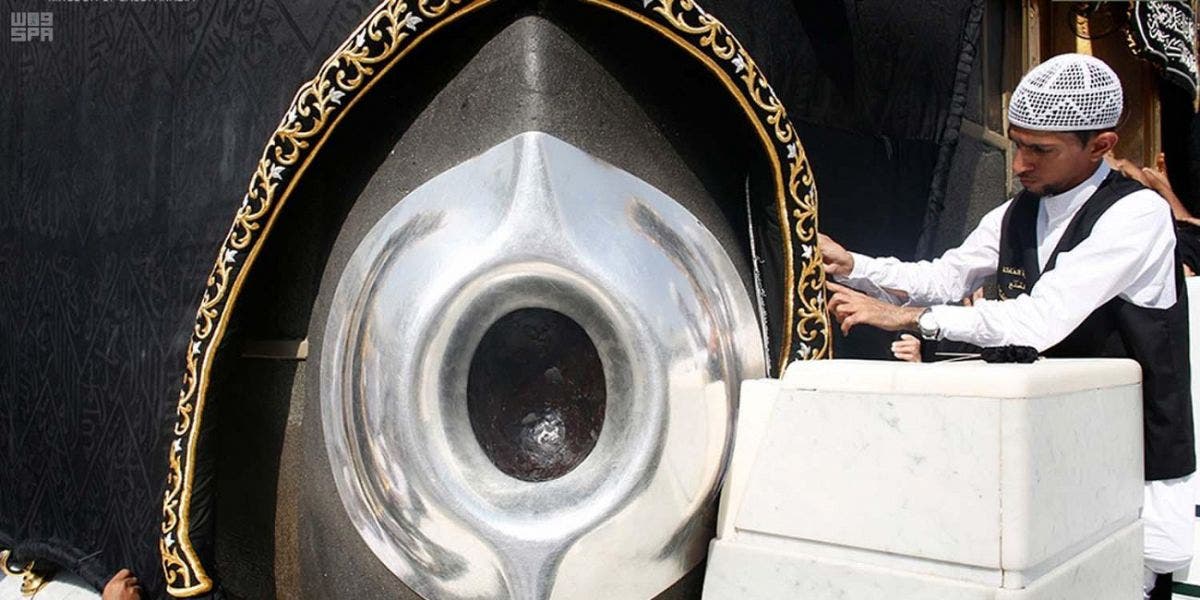 During the reign of King Khalid bin Abdul Aziz, in the year 1397 AH a reconstruction was done for the Grand Mosque which was paved with marble stones with beautiful metal lanterns hanging on its walls. During the reign of King Fahd Bin Abdul Aziz, the old marble was removed from the walls and the stone floor was replaced with a new marble. The lanterns on the walls were cleaned and returned to its former location. A barrier was made around Prophet Ibrahim Black Stone’s entrance. The Black Stone is located in the south-eastern corner of the Kaaba from the outside and is the starting  and end point of the Tawaaf. It rises about 1.5 meters from the ground and is surrounded by a frame of pure silver. 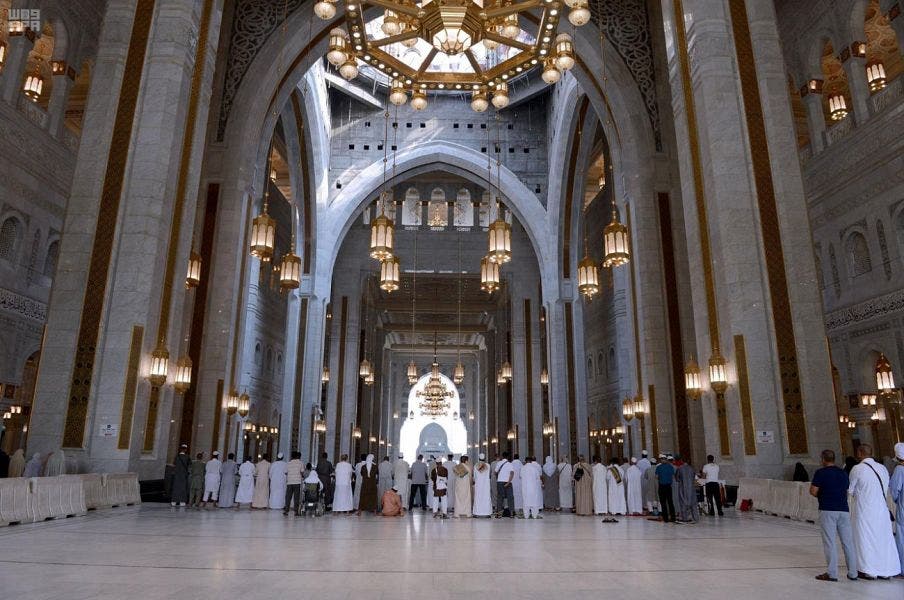 During the reign of King Abdul Aziz bin Abdulrahman , two doors were installed for the Kaaba in 1363 AH, where a new door was made of aluminum with a thickness of 2.5 cm and a height of 3.10 m, supported by iron rods. The door is gold plated and adorned with the names of God. The second part is the one currently in existence. It was ordered to be made by King Khalid bin Abdul Aziz of pure gold.

The last restoration was done during the reign of the Custodian of the Two Holy Mosques, King Fahd Bin Abdul Aziz, adding new precious marble, with attention given to preserve the existing ones near the entrance of the Kaaba. 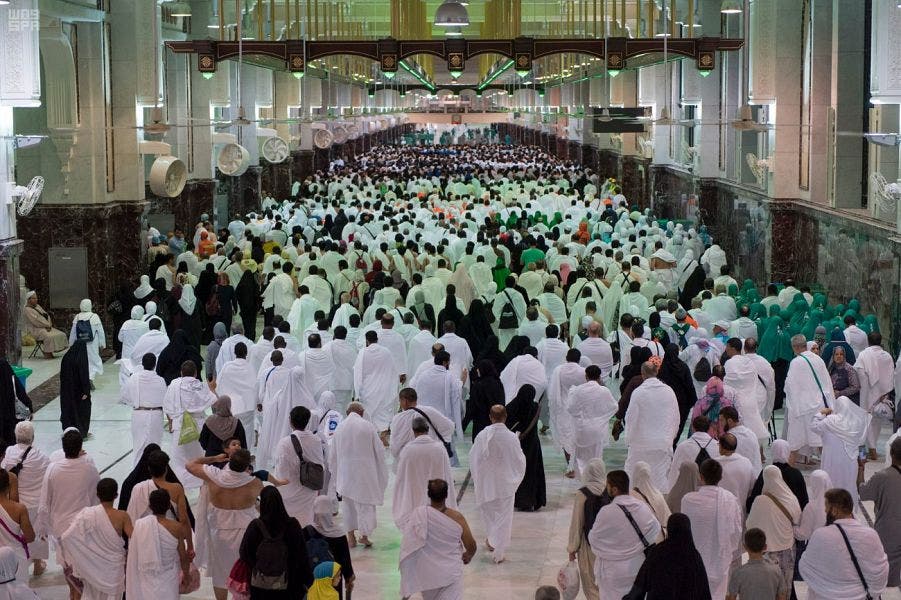 The other sacred landmarks in the Grand Mosque is the well where Zamzam water flows, located east of the Kaaba – 21 meters away – in the courtyard of the Holy Mosque, with water springing from three openings.

The Zamzam well received constant attention from the leadership of the Kingdom of Saudi Arabia, during the continuous expansions of the Holy Mosque. The most recent project was the King Abdullah bin Abdulaziz Project for Sakia Zamzam, which made a qualitative leap and a radical change, easing pressure and congestion from the area of the Grand Mosque. 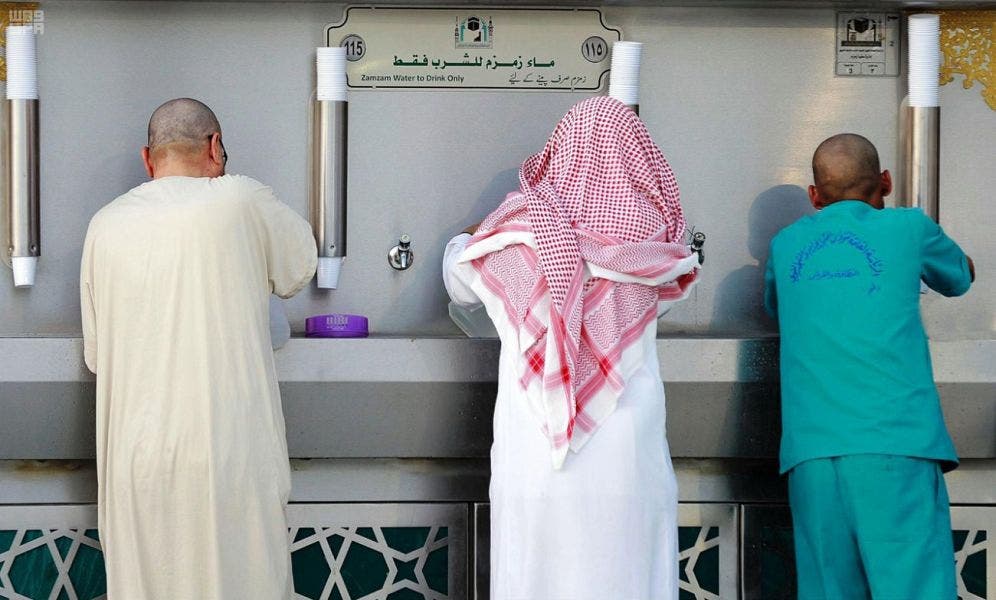 Among the features of al-Masjid al-Haram or Grand Mosque is the shrine of Prophet Ibrahim which is located in the Kaaba and has a crystalline appearance with many virtues, including that it is a sapphire from heaven and was mentioned in the Quran. The stone was erected by the Prophet when building the Kaaba with the help of his son Ismail, rotating around the Kaaba (Tawaf) until he finished the four walls. 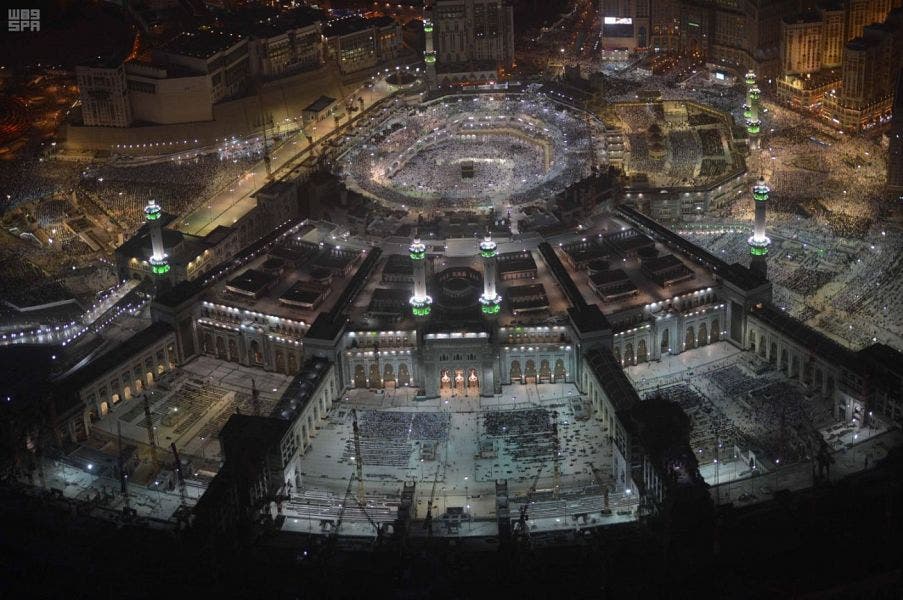