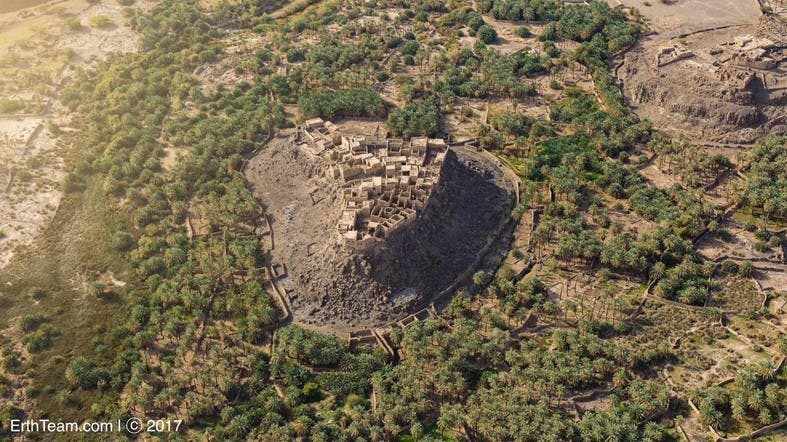 Khaybar has not only been a center for the agricultural field, but also in the commercial and industrial fields among the many activities that take place on its freeways. (Photo via Erth Aerial Documentary Team)

In one of the world’s rarest and oldest oases, the famous Khaybar oasis is located on a black volcano surrounding it from all directions which is also known as the Khaybar Sea, a volcanic lava that formed after many volcanos erupted around it.

Some historians believe that its foundation date back to 600 BC, while others believe that it dates back to the eruptions of its former volcanoes. Today, Khaybar is located within the city of Madinah, 150 km north.

Khaybar has not only been a center for the agricultural field, but also in the commercial and industrial fields among the many activities that take place on its freeways, which were present in the Prophet’s biography of the Khaybar invasion, led by the Prophet Muhammad (PBUH) and the opening of all its fortifications for Muslims in Medina.

What does Khaybar mean? 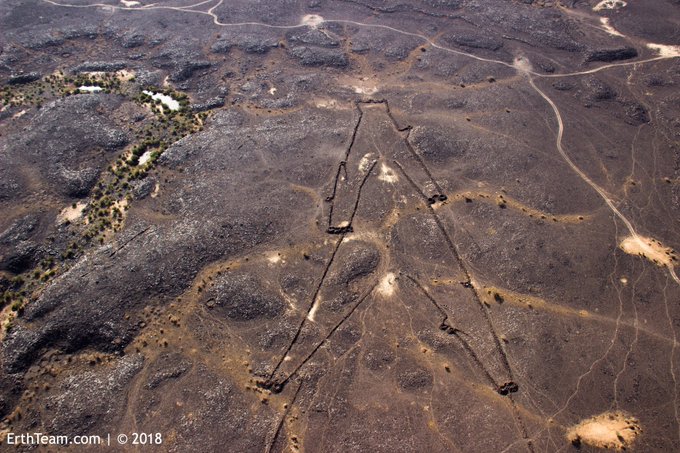 Khaybar has three explanations, as mentioned by the Baladians. Some of them believe that it is derived from the expression a Khaybar land meaning the good and easy clay, which makes it an excellent agricultural land. Others believe that Khaybar is the name of one of the Amalekites where he came and it was named after him. A third party believe that Khaybar in Jewish means the fort. 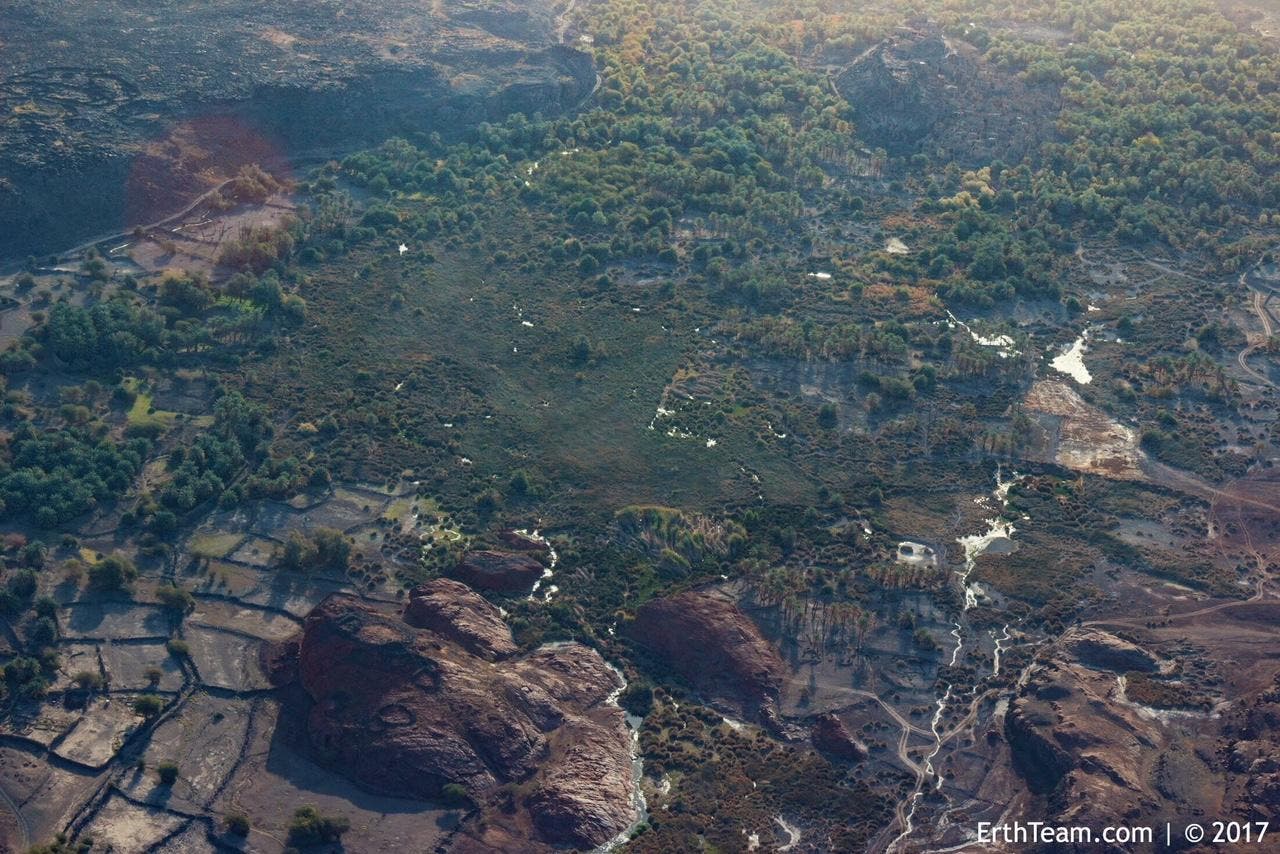 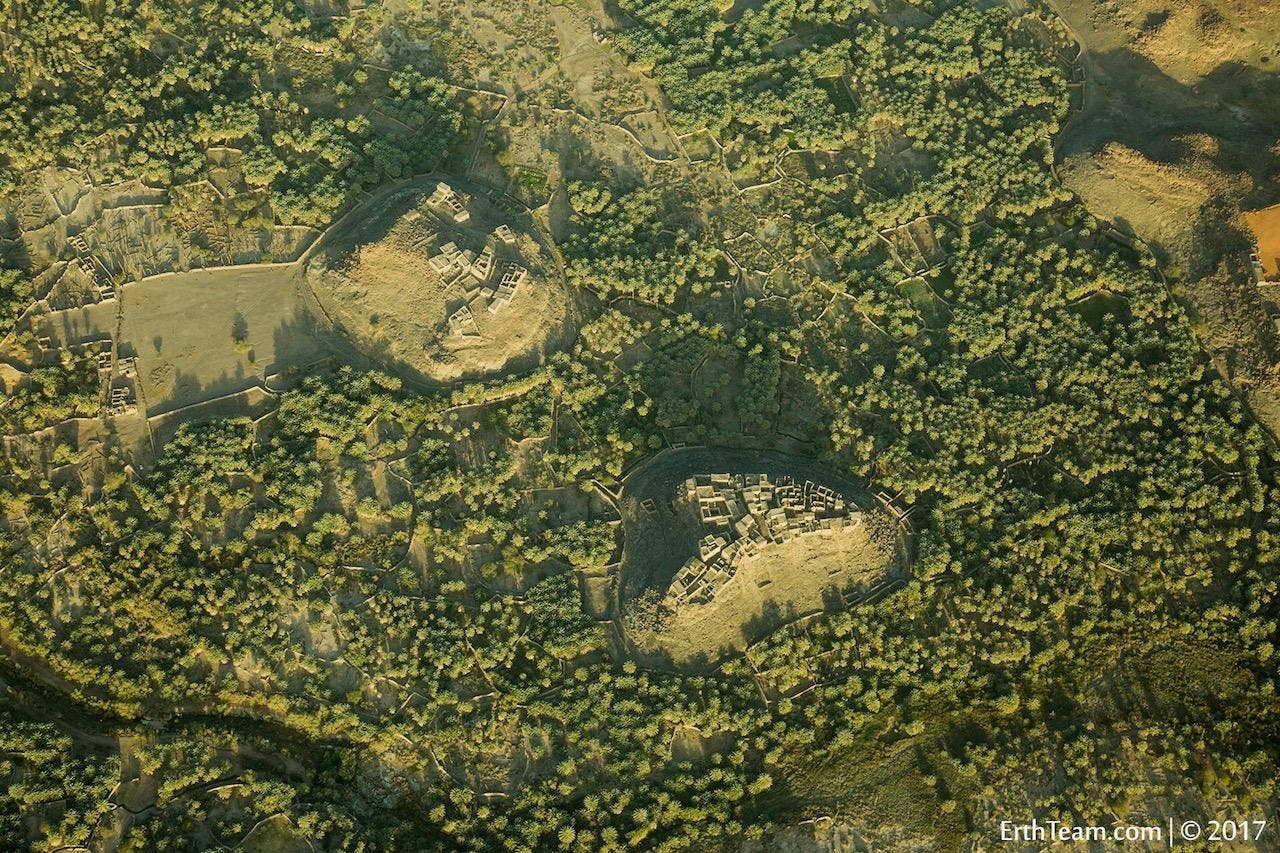 Khaybar is famous for the amount of water flowing in its oasis from the rains. In Khaybar alone there are 6 dams for water providing irrigation for its many palm trees. The dams are not the only source of water as there are 30 spring of water that irrigates the palm trees.

Khaybar is located on one of the most famous commercial roads in the Arabian Peninsula. The Noutat market in Khaybar is a popular market frequented by people from Damascus and Najd located in the village carrying the same name. The market is a popular seasonal market and it was used as a break station for the Arabs in the winter and summer journey before they head back to the Levant.

After the Prophet Muhammad (PBUH) and his companions, opened Khaybar coming from Medina, he agreed with the people of the city who follow Judaism to reconstruct Khaybar and work in its fields and farms. He also granted them safety and protection. 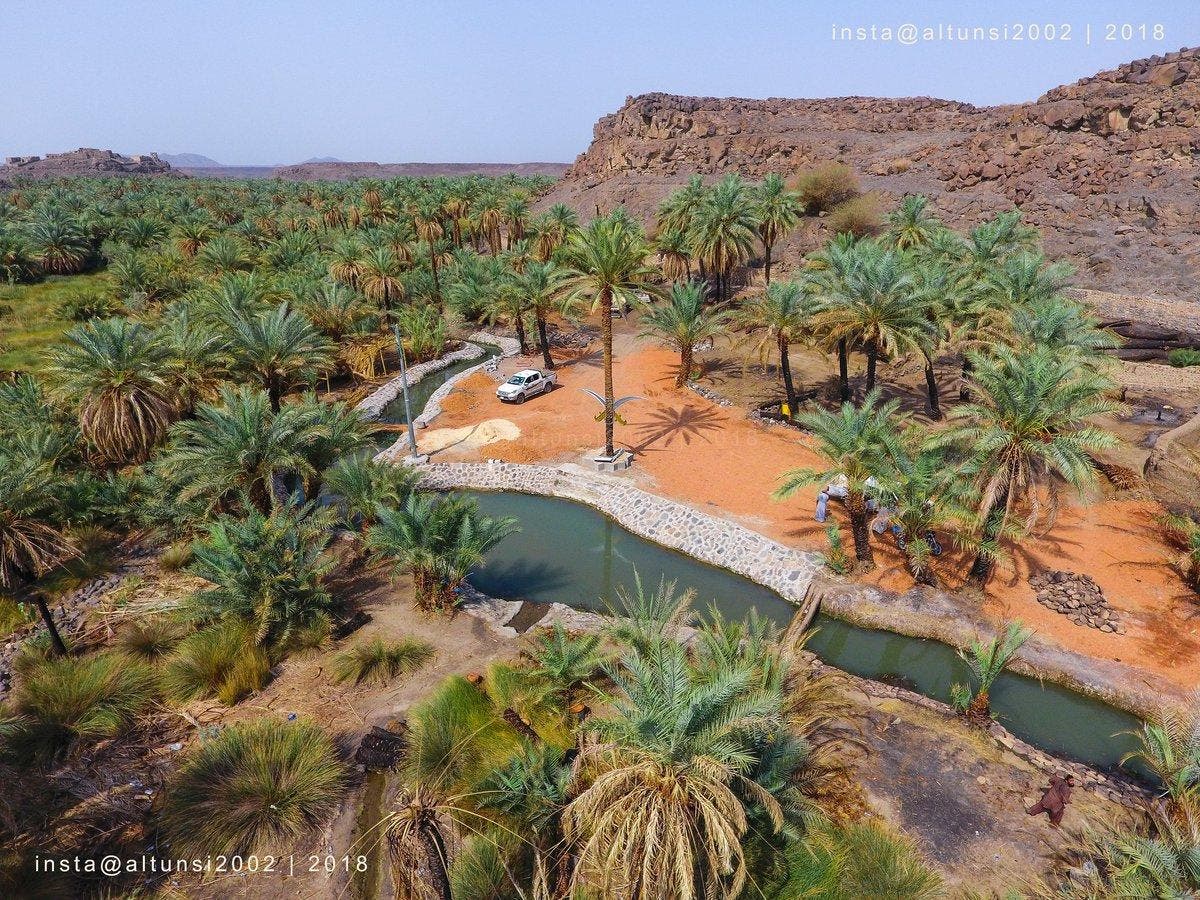 Khaybar became part of the famous Islamic holdings that supply the city of Madinah with dates and other agricultural products.

All photographs were supplied via the Erth Aerial Documentary Team.