In an ongoing effort toward nurturing Saudi Arabia’s biodiversity in alignment with Saudi Vision 2030, Saudi Aramco us launching an ambitious environmental initiative to plant one million trees throughout the Kingdom by 2025.

The project launch was highlighted by the inauguration of the 500,000-square meter Aramco Eco-Park by the Governor of the Eastern Province Prince Saud bin Nayef al-Saud.

It is anticipated that the establishment of the eco-park will make a significant contribution to the quality of life in the area while enhancing biodiversity and “sowing the seeds” for future generations.

Saudi Aramco president and CEO Amin Nasser told attendees of the project launch at the Aramco Eco-Park that the company “always strives to be a model in preserving the environment, and this initiative is a scientific and practical model in promoting the ecological balance to safeguard the natural environment for the benefit of future generations of the Kingdom.” 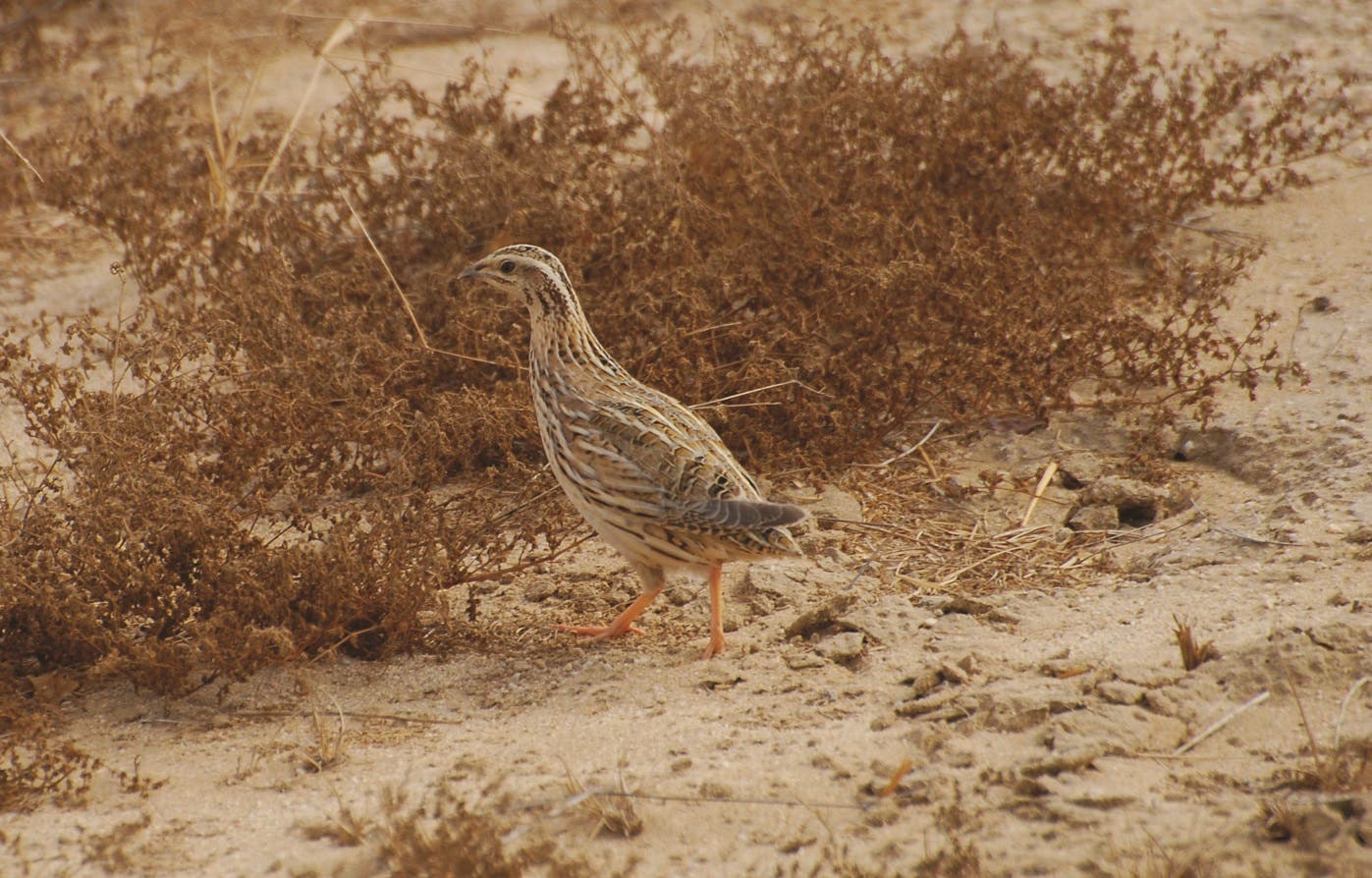 The initiative aims to yield more than 20 million kilograms of carbon sequestration per year while also increasing shade and evapotranspiration, making the local areas cooler.

“We are looking forward to creating a vegetation cover in order to reduce the effects of sandstorms and absorb 20,000 metric tons of carbon dioxide per year,” Nasser said.

The beautification of the Saudi Arabia’s landscape, said Nasser, is an added benefit to the project.

Planting the native trees in strategic locations throughout the Kingdom will help to combat desertification, which essentially involves the movement of sand caused by loss of vegetation. Desertification happens due to several factors, including excessive harvesting of firewood, off-road driving, overgrazing, ineffective farming practices, and extended drought. It is considered one of the largest threats to sustainable development in the world today. 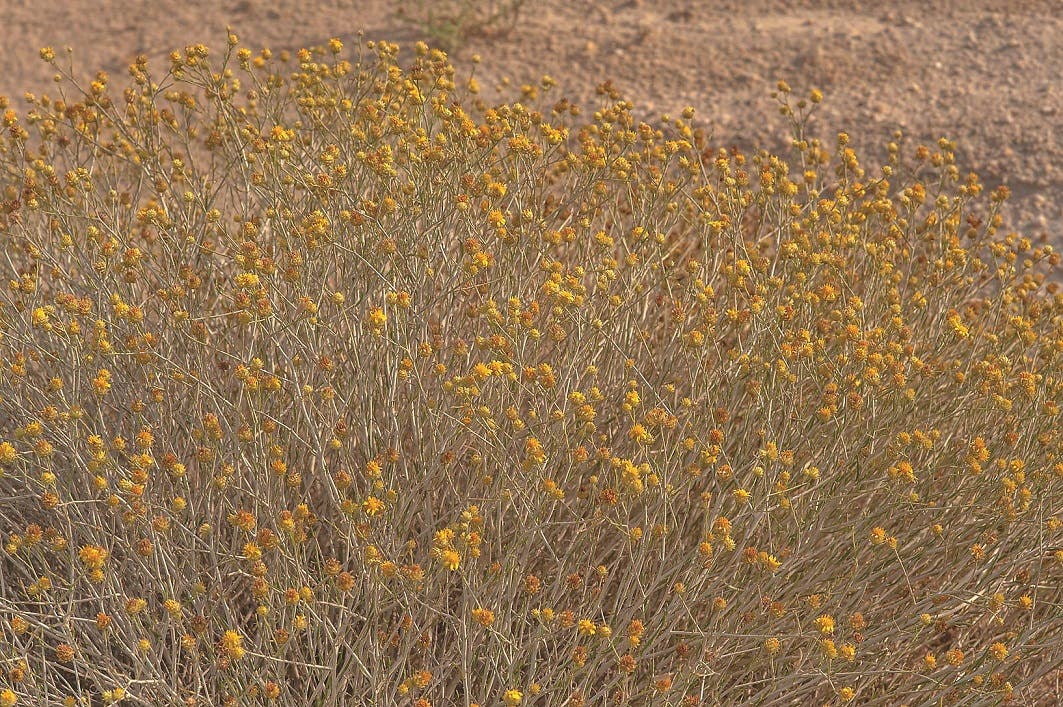 Trees, shrubs, and other plants play a vital role in stabilizing sand. Not only do tree roots help bind the sand together, but the plants themselves help to slow down the movement of wind over the landscape. Losing a large number of trees in desert areas can allow the wind to pick up loose sand and blow it into the air, creating large amounts of dust particles which can lead to sandstorms.

The Saudi Aramco initiative will utilize 26 species of native trees in harmony with the nature of Saudi Arabia. The native trees to be planted are adaptive to the challenges of surviving in the Kingdom’s environment, which includes low rainfall and highly saline soil and water.

Environmental experts have indicated that as much as 33% of all native plants and animals in the Kingdom are vulnerable to extinction, and one of the most important methods of restoring biodiversity is to plant native trees and bushes. These plants help to attract and enhance the survival rate of native animals. 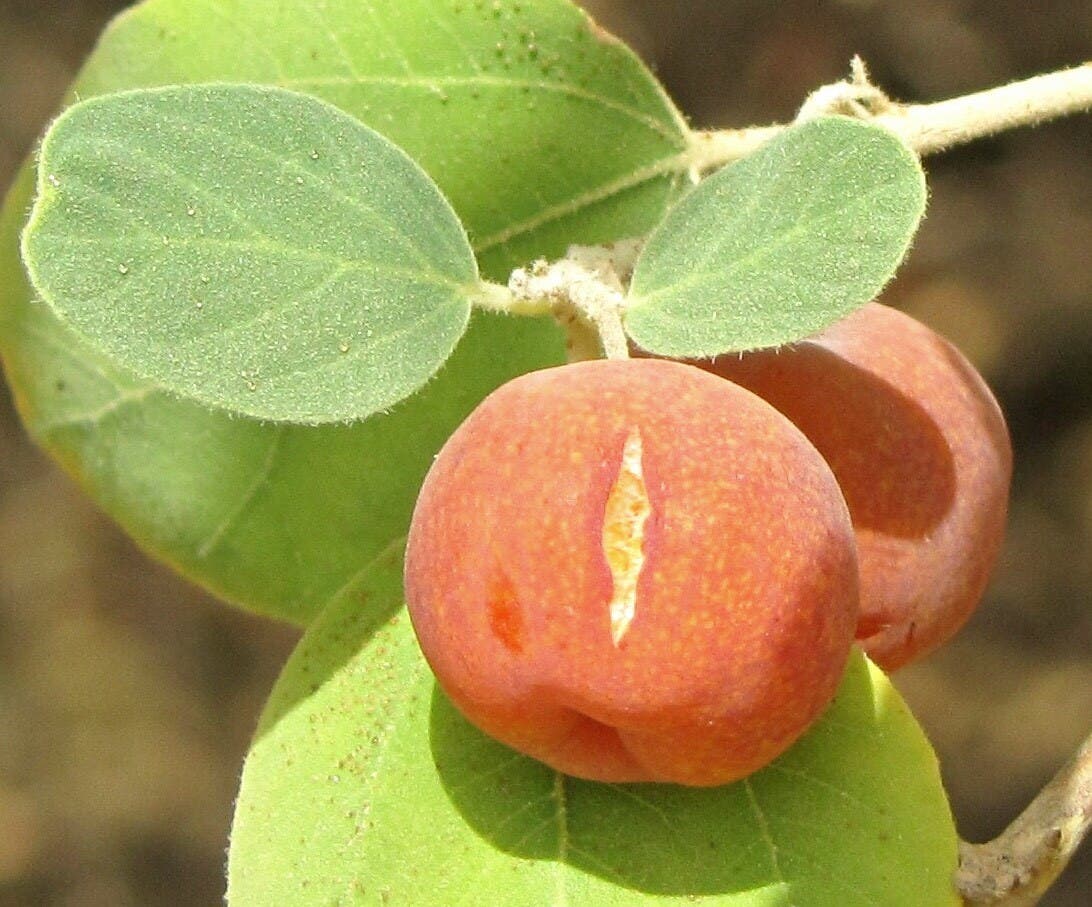 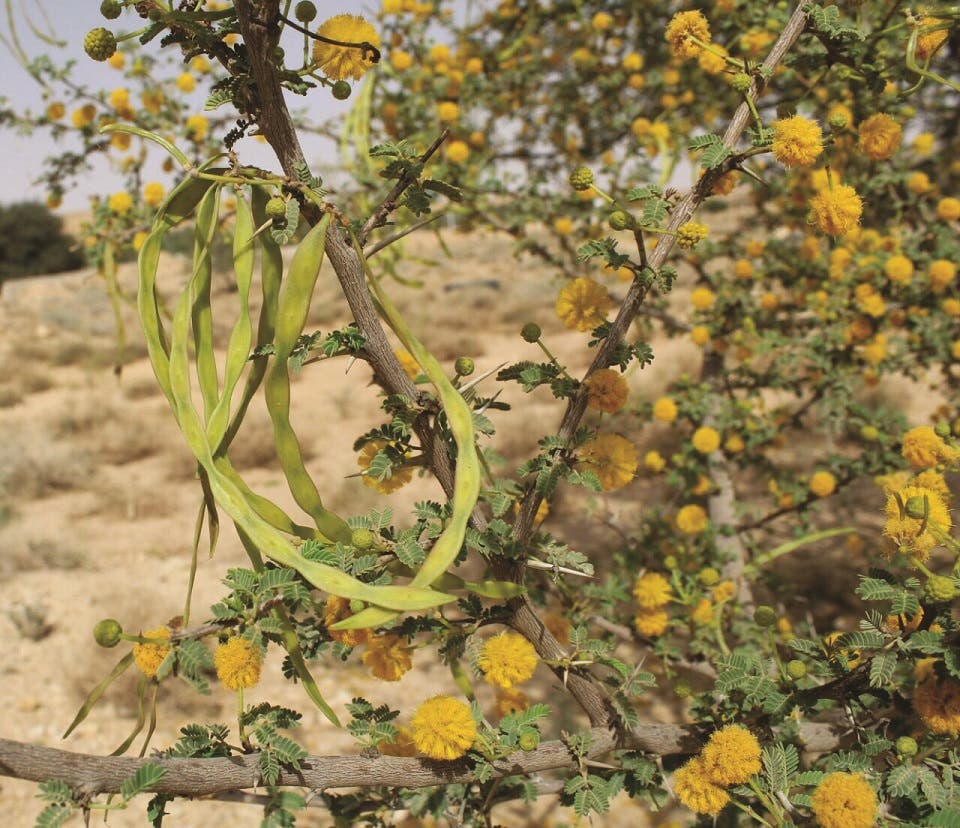 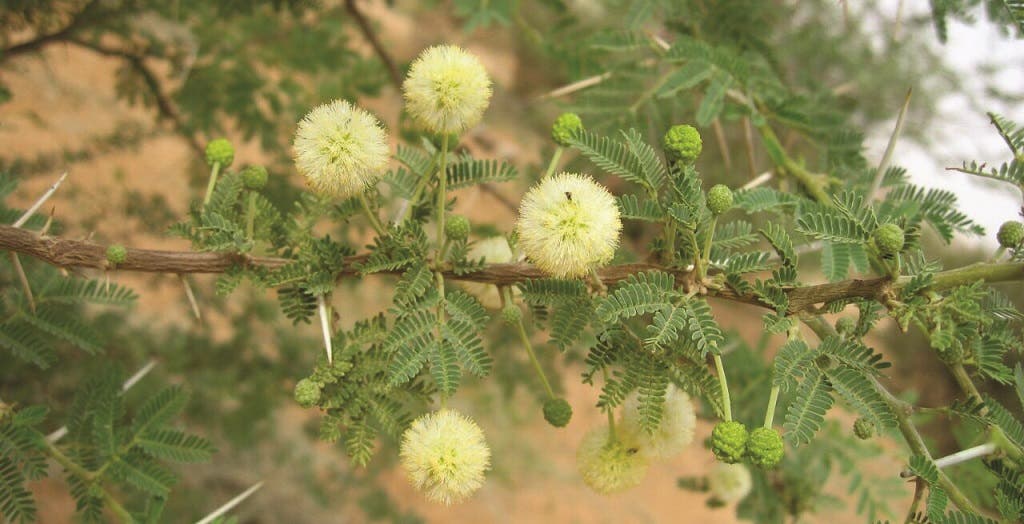 Additionally, the native plants are considered culturally relevant to Saudi Arabia as the ancient Bedouin used many of the more than 2,500 species for food, medicine, cosmetics, and art for thousands of years, so the initiative is also helping to preserve this unique cultural heritage.

The native plants require less water than so-called “exotic” plant species, and the water that will be used for irrigation will be reclaimed wastewater. No groundwater will be used, thereby helping sustain the Kingdom’s precious groundwater resources.

In line with existing Saudi Aramco best irrigation practices, the company will continue to explore the most appropriate water-saving technologies for use in the initiative. One such technology is the use of polymers, which have been used in semi-arid areas to help reduce the amount of irrigation water required. The polymers are inserted into the soil near each plant to absorb and retain large amounts of water. The nearby plants are then able to tap into the stored water within the polymers. The feasibility and suitability of this, and other water-saving technologies, will be investigated over the course of this initiative. 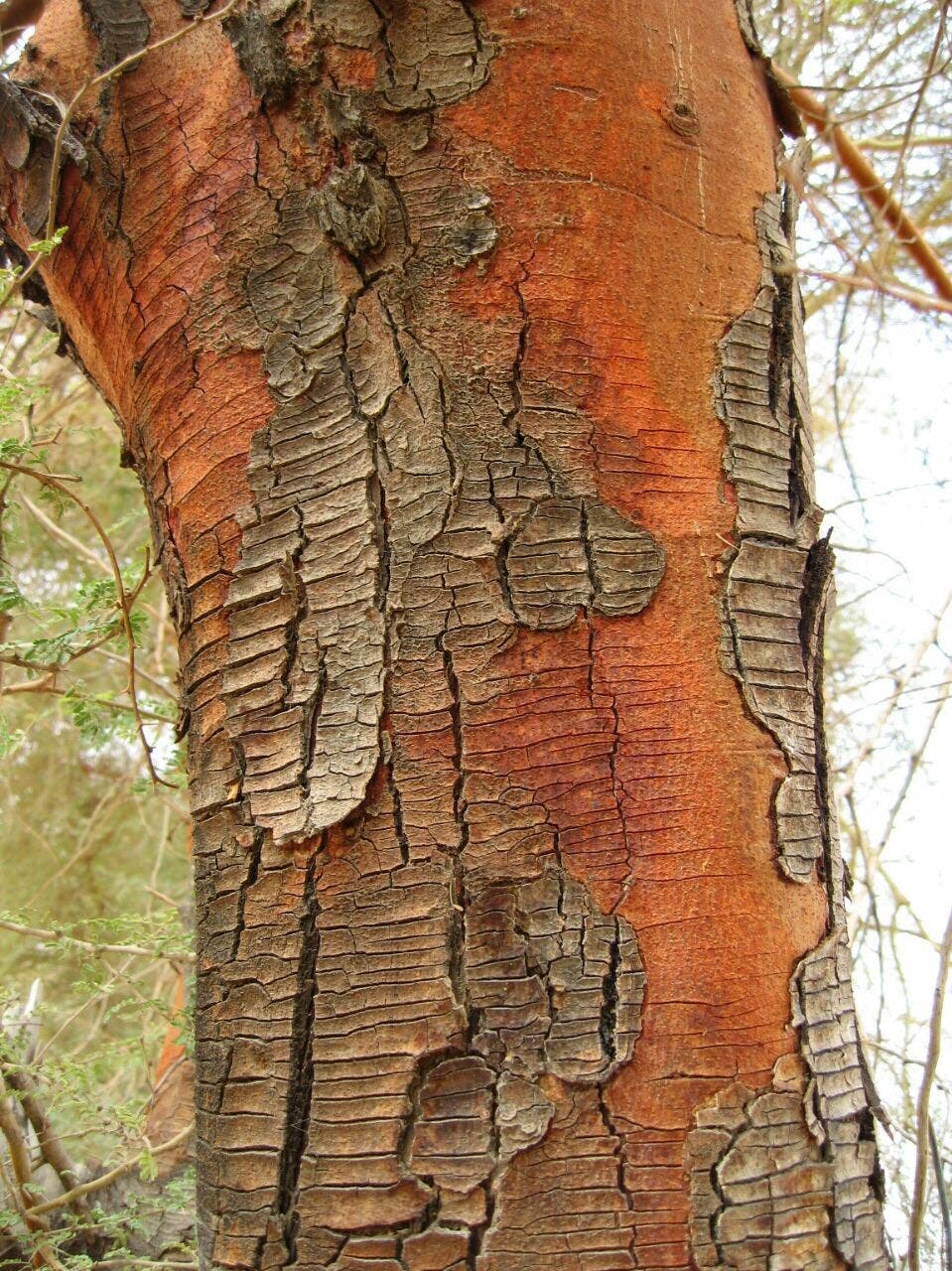 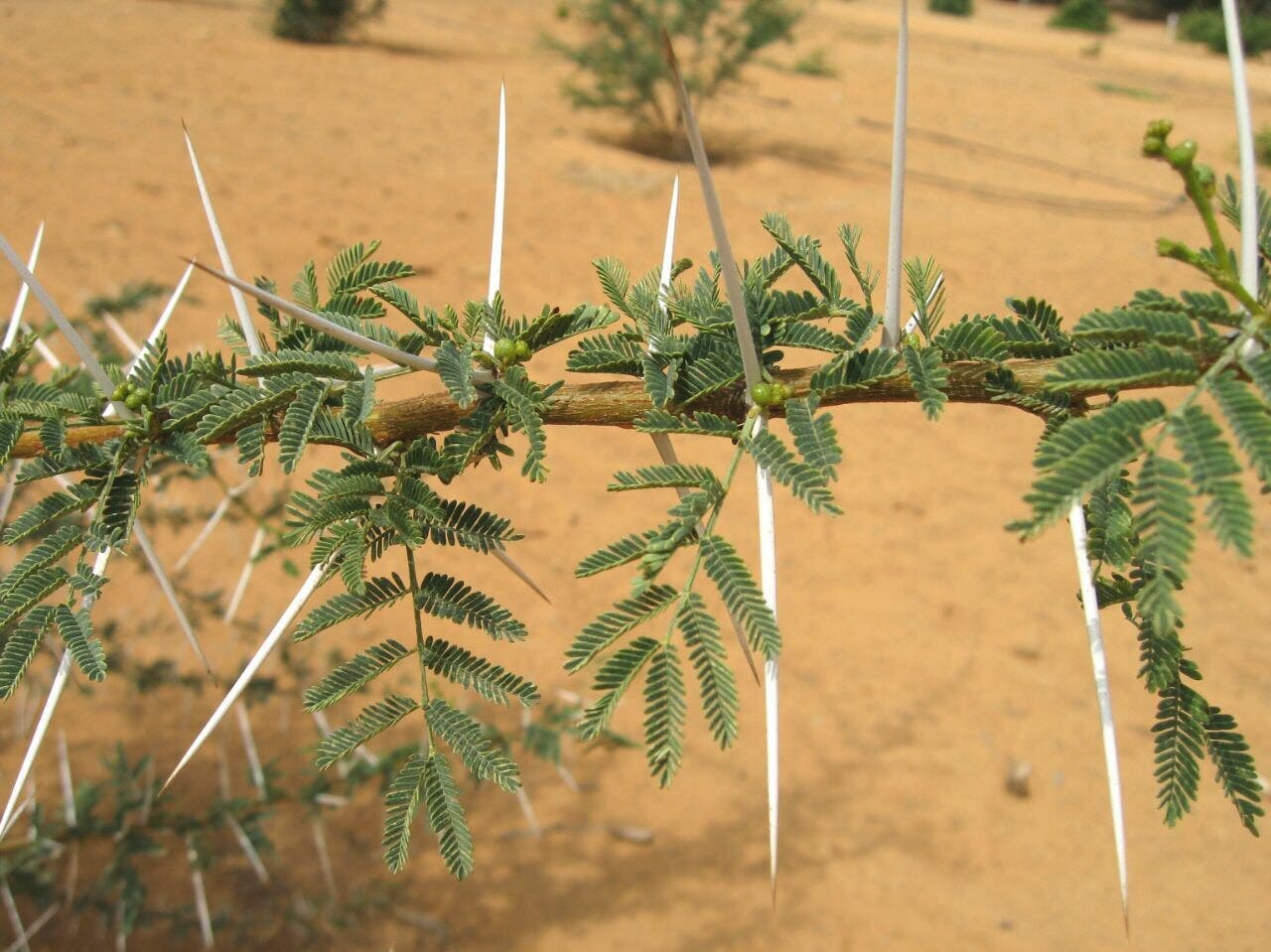 Other benefits of the initiative include increasing surface and renewable water table levels by reducing temperatures, and the absorption of carbon dioxide to help decrease pollution.

This article was first published in Al Arabiya