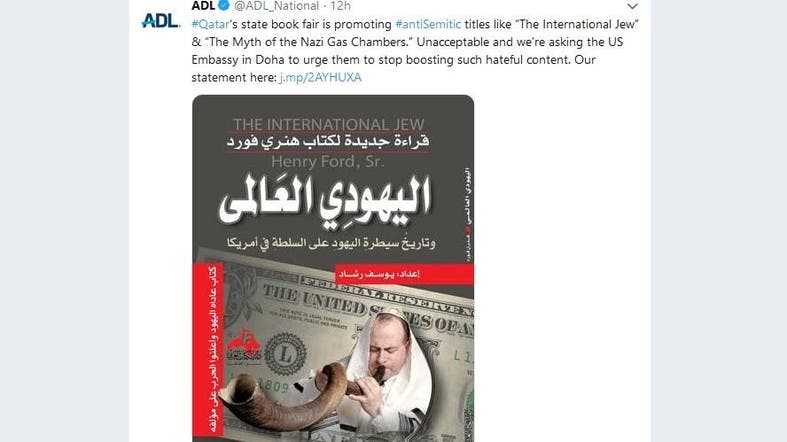 Jonathan A Greenblatt, ADL CEO and National Director lodged a formal complaint to the US embassy in Doha about the book fair. (Twitter)

Qatar has raised eyebrows among Jewish organizations in the United States for promoting anti-Semitic textbooks and publications that incite hatred, during its annual International Book Fair, which is in its 29th year.

The book fair promoted books with titles on Holocaust denials, attacks on Jewish culture and material written by David Duke, a former KKK leader. The Anti-Defamation League (ADL) one of the largest organizations in the US to combat anti-Semitism and bigotry, has lodged a formal complaint to the US embassy in Doha about the book fair.

The complaint urged William Grant, the US Chief of Mission and Chargé d’Affaires at the US embassy in Qatar, to “leverage the embassy’s participation in the book fair to urge the Qatari government to stop promoting such hateful content.” ADL is hoping for the removal of such books from the state-funded book fair in Doha, according to The National newspaper.

“Once again, this high-profile, government-sponsored book fair is being used to promote blatantly anti-Semitic books that deny the Holocaust and accuse Jews of controlling the world and trying to undermine Islam,” said Jonathan A Greenblatt, ADL CEO and National Director in a statement.

“We call on the US embassy to make clear to Qatar’s government that this hate is unacceptable,” he said. 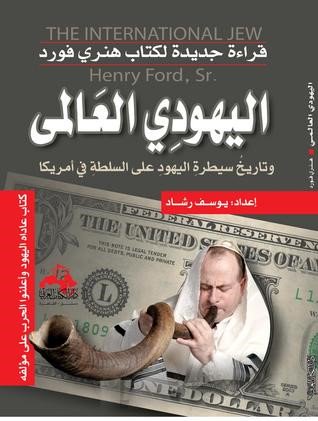 #Qatar’s state book fair is promoting #antiSemitic titles like “The International Jew” & “The Myth of the Nazi Gas Chambers.” Unacceptable and we’re asking the US Embassy in Doha to urge them to stop boosting such hateful content. Our statement here: http://j.mp/2AYHUXA

231 people are talking about this

Among the books that are being publicised at the Qatari book fair are ‘Lies Spread by the Jews’, ‘Talmud of Secrets: Facts Exposing the Jewish Schemes to Control the World’, ‘The History of the Al-Aqsa Mosque, the History of the Corruption of the Jews, and the Demise of their Entity’, ‘Awakening to Jewish Influence in the United States of America’ by David Duke, ‘The Al-Aqsa Mosque and the Purported Temple’ and ‘The Myth of the Nazi Gas Chambers’. David Duke is a former Ku Klux Klan leader who is widely known for harboring anti-Semitic views.

Qatar has consistently showed its support for extremism, hosting on its media outlets extreme voices, including the extremist cleric Yusuf Al Qaradawi who has consistently spread anti-Semitism in his sermons and previously on a TV show hosted by Al Jazeera.

Since the boycott of Qatar by Saudi Arabia, UAE and Bahrain, Doha attempted to rebrand its image in the United States and invited prominent Jewish-American figures including Alan Dershowitz. This approach has not had any effect, however, on its state-run book fair, which has embraced anti-Semitic textbooks and publications over the years.