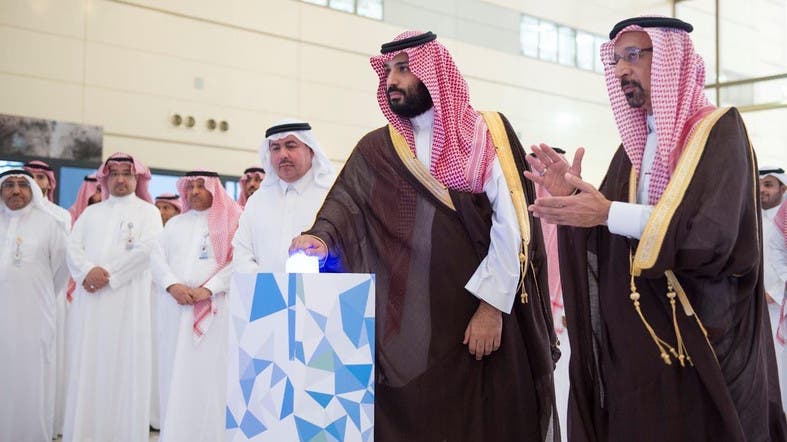 During the visit on Monday to the King Abdulaziz City for Science and Technology (KACST), the Saudi crown prince laid the founding stones for as many as seven strategic projects, in the domains of renewable and atomic energy, water desalination, genetic medicine and aircraft manufacturing.

The projects for which the Crown Prince laid the foundation stones for comprised three giant projects, including Saudi Arabia’s first nuclear research reactor and a center for developing aircraft fuselage. 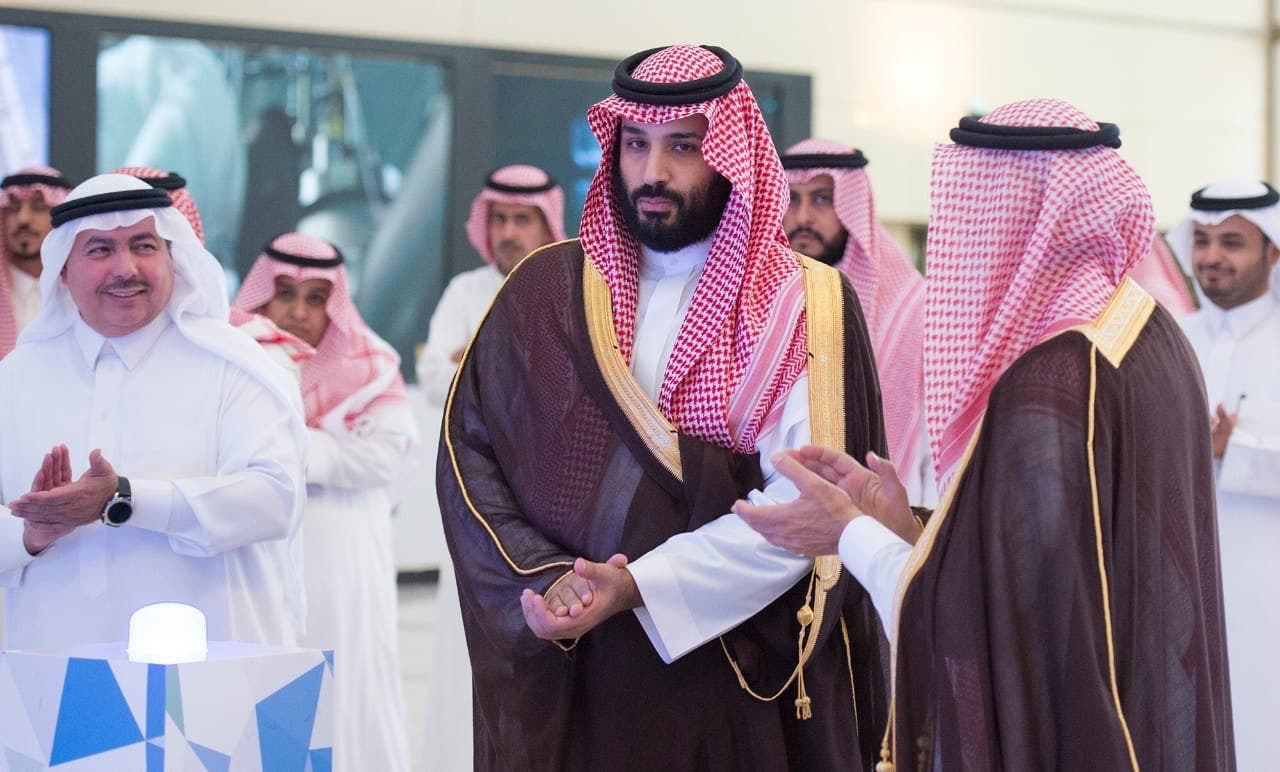 These seven strategic projects were in the fields of renewable energy, atomic energy, water desalination, genetic medicine and aircraft industry during his visit to the King Abdulaziz City for Science and Technology (KACST). 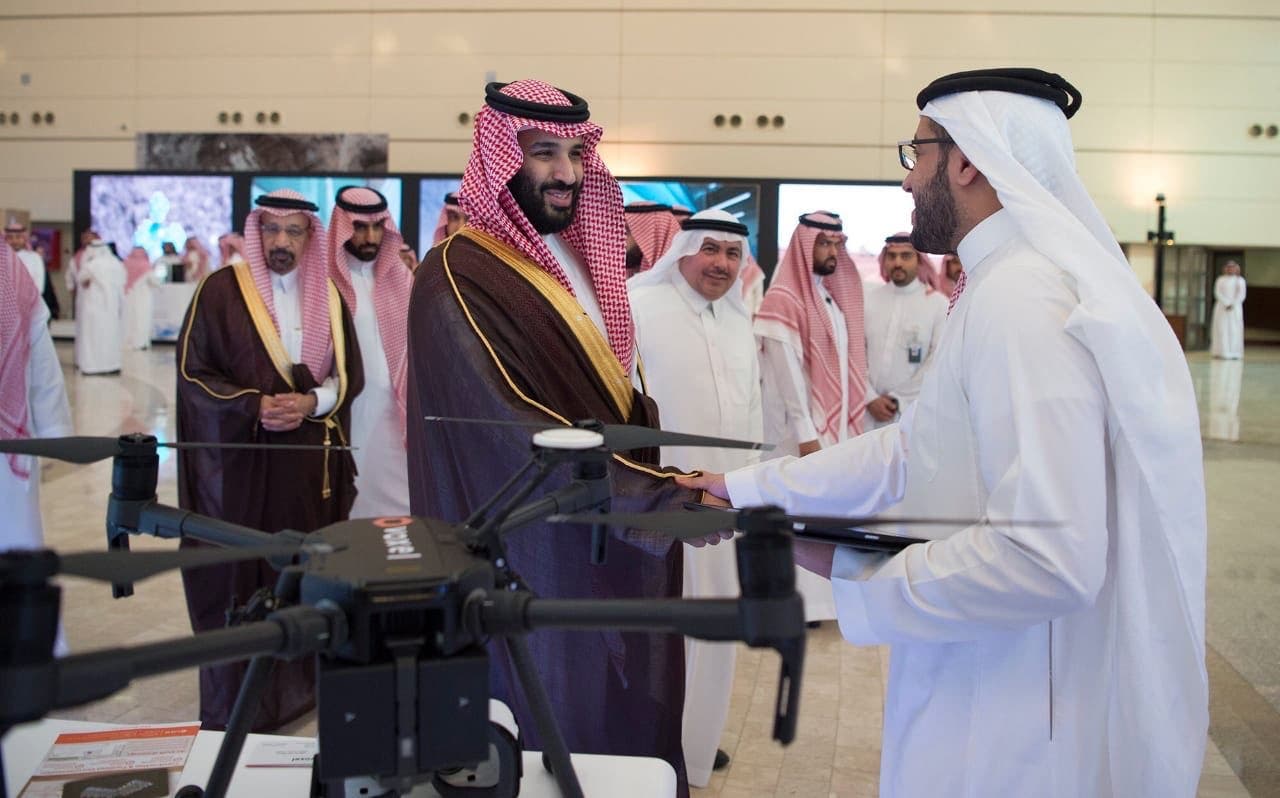 On his arrival at the city’s headquarters, the Saudi Crown Prince was welcomed by the Board chairman, Minister of Energy, Industry and Mineral Resources, Eng. Khalid bin Abdulaziz al-Falih, and the city’s president, Prince Turki bin Saud bin Mohammed.

Prince Mohammed bin Salman also inaugurated the Saudi Central Laboratory for Human Genome, which documents a map for genetics of the Saudi society, in order to discover genetic mutations that may cause hereditary diseases. 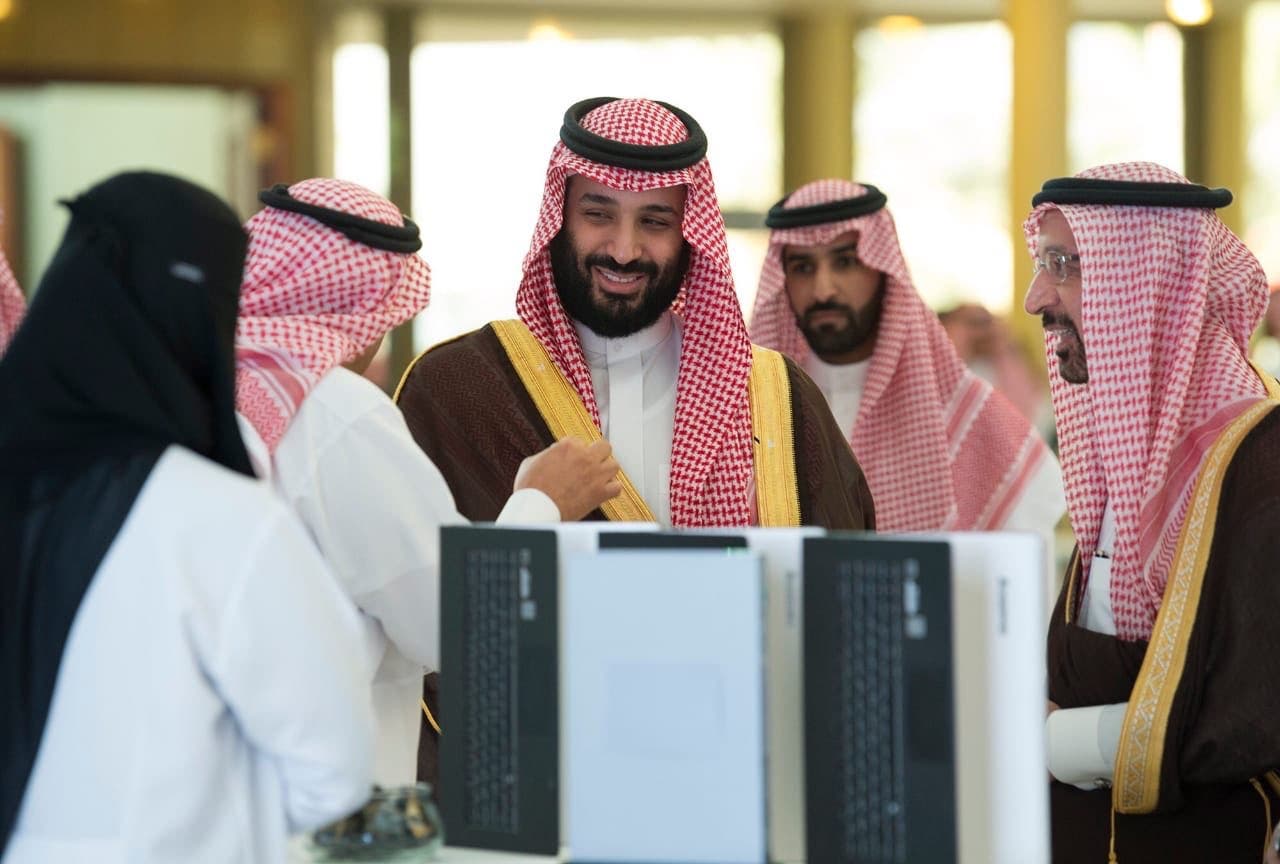 In addition, the Crown Prince also inaugurated a solar energy-powered desalination station in Khafji with a capacity of 60,000 cubic meter per day; two production lines for solar panels and cells; and a laboratory to check the quality of solar panels, to be based in Uyaynah, and a laboratory to check the reliability of the solar panels in line with the requirements of ISO 9001 certification and the certificates of the International Electrotechnical Commission (IEC) concerning the conformity of products to  international standards. 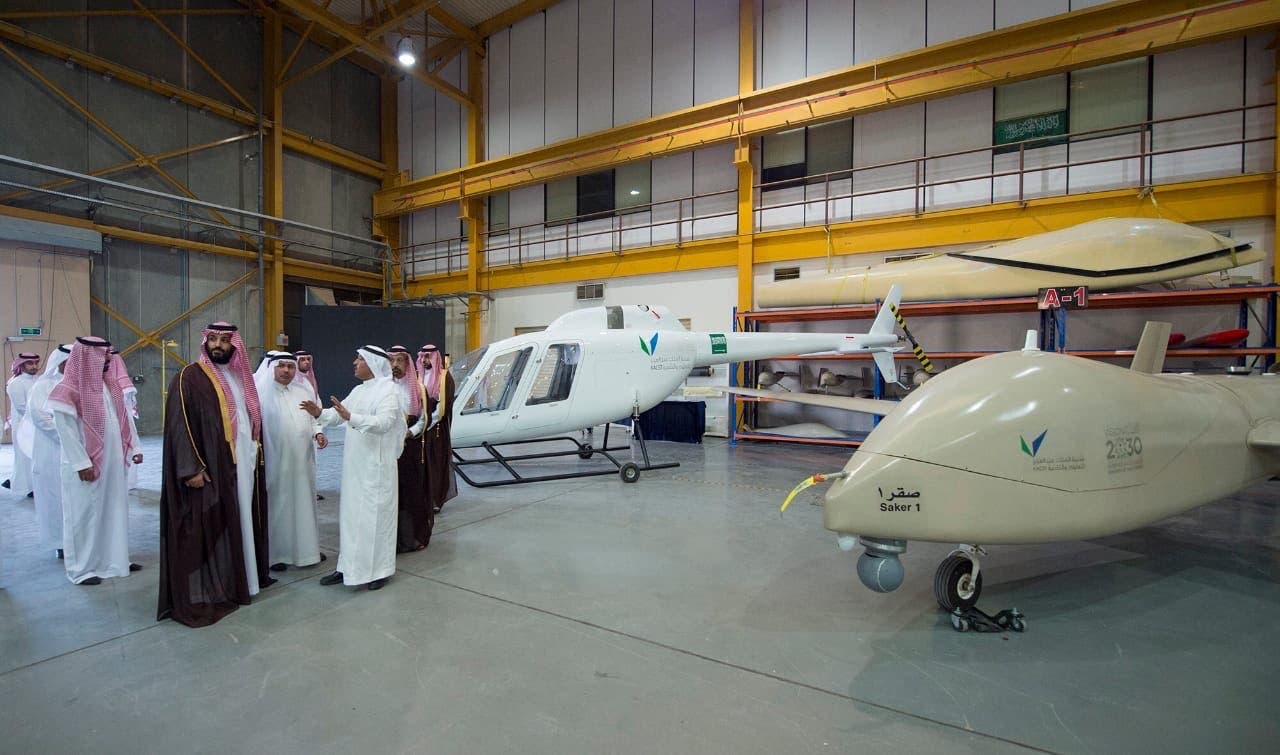 The Crown Prince also launched incubators and accelerators located in each of Dammam, Qassim, Al-Madinah Al-Munawarah and Abha, as part of the Bader program, which currently heads the Arab Network for ICT Incubators and UN technological cities in the Arab world.

Among the projects which the Crown Prince laid their foundation stones were a desalination plant in the city of Yanbu powered with solar energy, with a capacity of 5,200 cubic meters per day. It is the first industrial application model that uses desalination absorption technology.

The projects also included laying the foundation stone of a low-energy nuclear research reactor, the Kingdom’s first of its kind.

The Crown Prince also laid the foundation stone for a center for the development of aircraft fuselage, located, at King Khalid International Airport.

Upon arrival at KACST, the Crown Prince watched a visual presentation of the city’s strategies and objectives aimed at investment and development in researches by coordinating the national activities of science, technology and innovation, policies and strategies for researching and developing in the field of innovation and providing support for scientific research and technological development in the Kingdom, in addition to backing up innovation and enhancing local, regional and international cooperation and partnerships for technology transfer and localization. 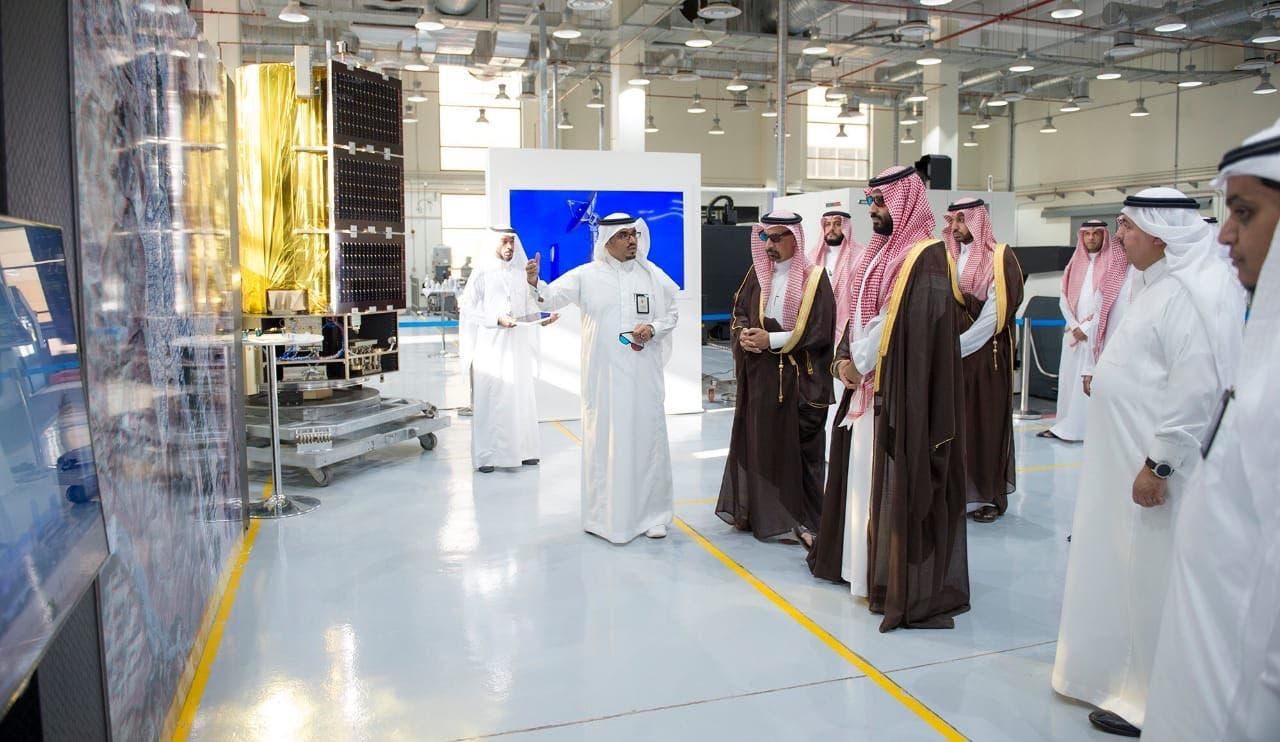 Following the presentation, the Crown Prince inspected the latest developments in aviation and radar projects, affiliated to the National Center for Aviation Technology. 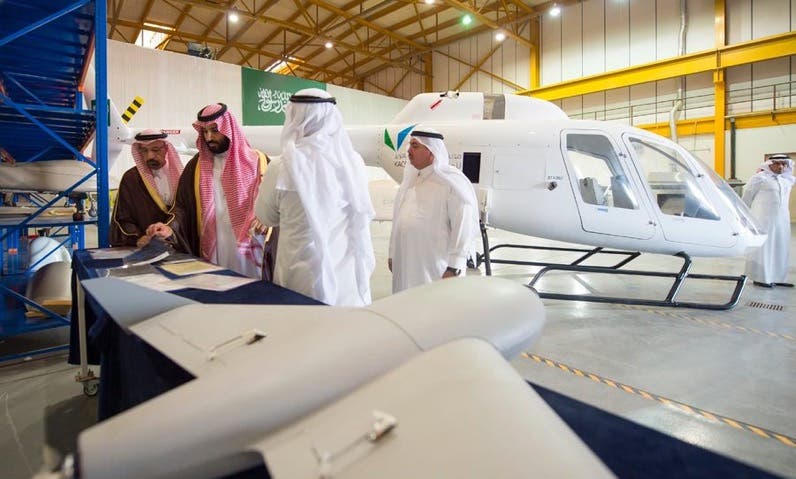 Then, the Crown Prince got acquainted with the latest achievements at the Innovation Center for Industry 4, namely the Smart Factory, which includes a number of advanced production and manufacturing departments, virtual reality, information security, Internet of Things ( IoT), cloud computing, systems integration, simulation, automation, robots, and macro data handling.

The Crown Prince was also briefed on satellite projects, including ‘Saudi Sat 5A’ and ‘Saudi Sat 5B’, the second generation of the most accurate remote sensing satellites, in Saudi Arabia. 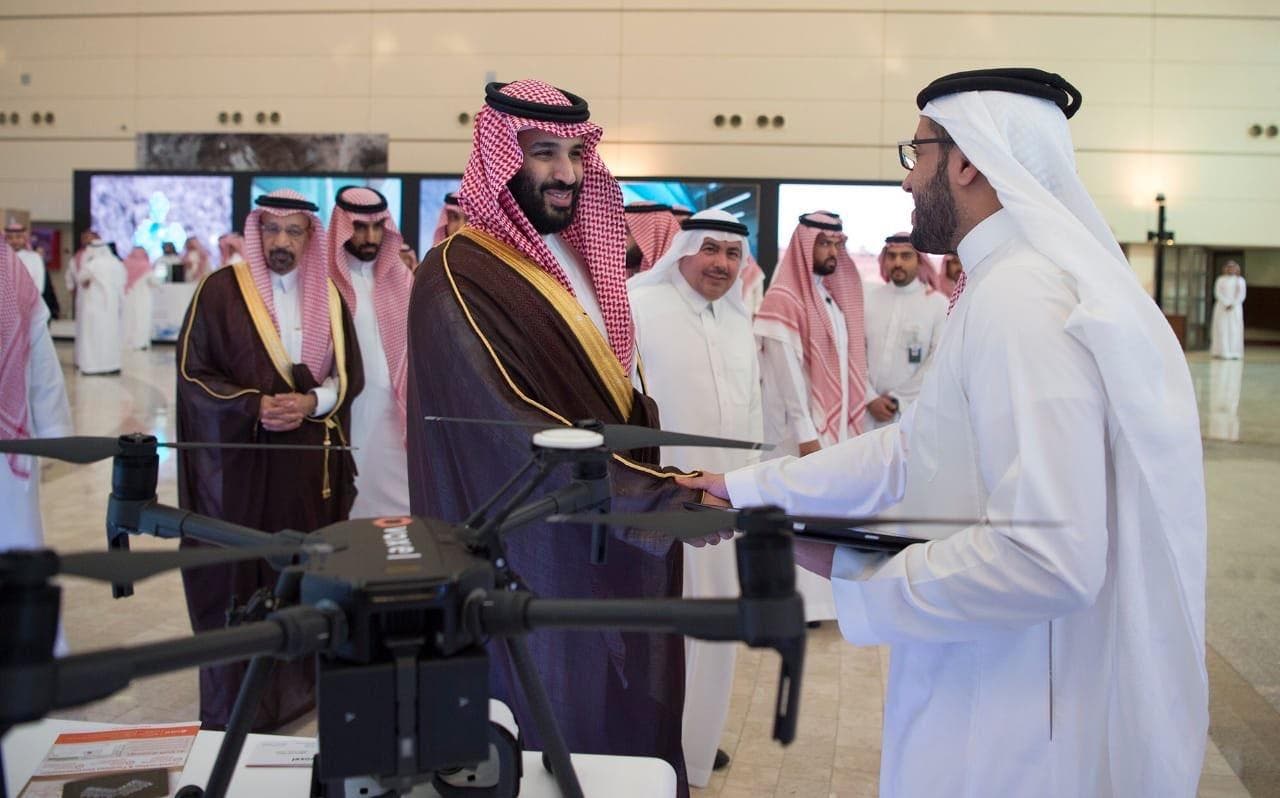 He also listened to a presentation on safe national wave of tactical communications systems, the internet national exchange, the fast-speed network for the academic, industrial and health sectors as well as advanced material projects, the carbonic fiber production lab and Aluminum-produced Nano materials (MOF-303), which can absorb water from the atmosphere, at low humidity, making it suitable for dry areas with shallow water resources, and bio-technological projects and energy and water projects.

At the end of the visit, Chairman of the Board of KACST and its President expressed thanks to and appreciation of Crown Prince for his continuous support and attention paid to the city, stressing that this visit and laying the foundation stones for some quality projects, and inaugurating others is a strong support for the city and its employees to continue to work very hard and professionally to contribute to achieve the objectives of the Vision 2030, by ensuring follow-up and implementation of projects, according to the highest standards, and according to the timetables set for these projects.