DUBAI (Reuters) – Saudi Arabia has said it aims to raise around $200 billion in the next several years through privatization programs in 16 sectors ranging from oil to healthcare, education, airports and grain milling. It separately wants to raise another $100 billion through the sale of a five percent stake in Saudi Aramco.

Following is a list of major privatization plans underway.

SAUDI ARAMCO. The government has said it plans to sell close to 5 percent of the national oil giant next year through an initial public offering. Initially, officials said the shares would be listed in Riyadh and at least one foreign exchange, but in recent weeks some officials have suggested Riyadh might be the only venue. Officials have said the sale will value Aramco at $2 trillion or more, though many private analysts estimate a lower range.

SAUDI POSTAL CORP. In February, Riyadh invited banks to pitch for an advisory role in the sale of the government-owned postal service, sources said. But since then it is unclear whether any banks have been mandated and Abdullah Alswaha, Minister of Communications and Information Technology, told Reuters last month that Saudi Post would enter a five-year “corporatisation phase”, which would turn it into a state-run company before a private sector sale.

SAUDI GRAINS ORGANIZATION. State-owned Saudi Grains Organization, which handles the kingdom’s grains purchases, is preparing to sell off its milling operations by placing them in four specially-formed corporate entities while retaining other functions. The sale had attracted interest from agribusiness giants U.S. Archer Daniels Midland Co (ADM.N) and Bunge (BG.N). But prospective investors have fretted about the ownership limits and structure of the sale process, sources have told Reuters.

SPORTS. Saudi Arabian investment bank Jadwa Investment was appointed to advise on the privatization of as many as five soccer clubs in the Saudi Professional League, sources told Reuters in February.

AIRPORTS. Faisal Hamad al-Sugair, Chairman of Saudi Civil Aviation Holding Company, told Reuters it was on track to “corporatize”, or turn into private companies, 27 airports by the middle of 2018. Goldman Sachs was hired to manage the sale of a minority stake in Riyadh’s King Khalid International Airport, the first major privatization of an airport in the kingdom, Reuters reported in July. In April, Singapore’s Changi Airport Group was awarded in April a contract to operate the King Abdulaziz International Airport in Jeddah for up to 20 years.

SAUDI ARABIAN AIRLINES. The airline has started the sale of its medical services business in Jeddah, valued at around $500 million, sources said in May. The sale is on hold or has seen little progress, people familiar with the matter said.

HEALTHCARE. One of the first assets to be privatized is one of Saudi Arabia’s top hospitals, King Faisal Specialist Hospital and Research Centre in Riyadh, an official said previously. The process was in a “very advanced stage”, Vice Minister for Economy and Planning Mohammed al-Tuwaijri told Reuters last in April. Also, the Ministry of Health received at least six bids to act as financial adviser for the privatization of 55 primary healthcare centers in Riyadh, sources said earlier this year.

EDUCATION. Saudi Arabia hired HSBC as financial adviser to privative construction and management of school buildings, the chief executive of Tatweer Buildings Co, a state firm affiliated with the Ministry of Education, said in January. 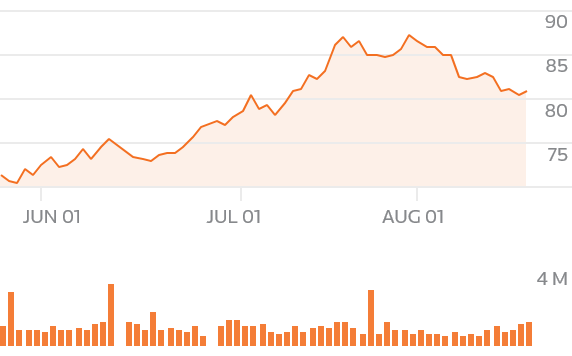 SAUDI ELECTRICITY CO. Riyadh plans to split state-controlled utility Saudi Electricity Co (SEC) 5110.SE into separate companies that would be offered either to local citizens through IPOs or to local or international corporate partners. Riyadh-based ACWA Power chief executive Paddy Padmanathan told Reuters in March he expects the first of four power generation companies owned by Saudi Electricity will be offered by the year-end. But a source familiar with the process has since told Reuters they were not aware of SEC yet posting requests for qualifications for the process.

SALINE WATER CONVERSION CORP. Officials last year outlined plans to privative Saline Water Conversion Corp, which desalinates water and produces electricity. It would be transformed into a joint-stock holding company served by local production units; investment partners for the units would then be sought, followed by an IPO for the holding company. Banks recently submitted bids to advise on the privatization of the company’s $7.2 billion Ras Al Khair desalination and power plant.