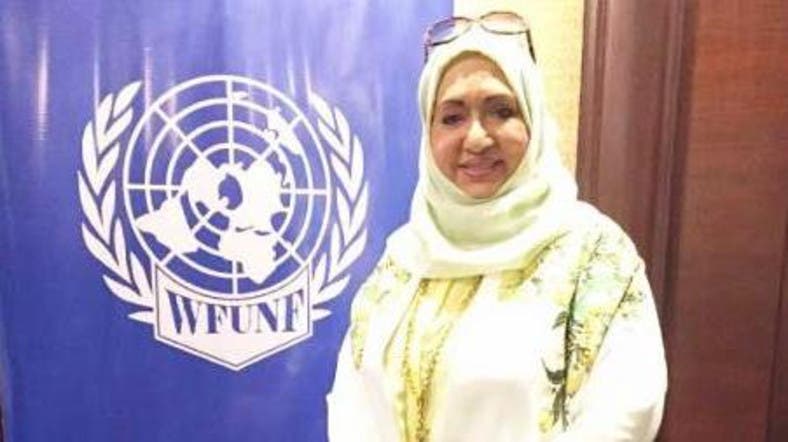 Princess Reem Bint Mansour Al-Saud was named a U.N. goodwill ambassador, the first Saudi princess to receive the honor, for her humanitarian work.

Princess Reem holds an M.Sc. in social policy and a Ph.D. in Middle Eastern studies from Oxford University. She is a postdoctoral research fellow at Harvard’s Kennedy School of Government working on enhancing Saudi labor policies, especially those pertaining to women.

The official Saudi representative to the Friends of the World Federation of United Nations Associations (WFUNA), Afaf Abdullah Yamani, was present at an award ceremony held at Conrad Hotel in Cairo recently.

The princess is a true role model for all Saudi women. You rarely see national and international persona active in youth and women’s issues in society.

In the acceptance speech, which was delivered by Yamani on her behalf, Princess Reem said she had always had a strong interest in the role of Saudi women in the Islamic world and that the U.N. title would enable her to contribute more to the world’s social and humanitarian issues.

She thanked U.N. Secretary-General Ban Ki-moon and Friends of WFUNA for the honor. She also thanked Saudi Arabia’s King Salman for the efforts he has put into humanitarian and women’s issues in the country.

In the speech, Princess Reemsaid her priority would always be her country and that her newly earned title would aid her in breaking new ground in Saudi society.

“Friends of WFUNA has been a vital organization in the growth and development of several societies worldwide,” Yamani said. “The princess is a true role model for all Saudi women. You rarely see national and international persona active in youth and women’s issues in society.”

She added the princess believes in philanthropy and culture as a means to achieve the same goal: world peace and development.

“Although she earned the title of UN goodwill ambassador now, she was always known as the ambassador of Arab culture,” Yamani said. “She has a passion in both Western and Arab cultures and believes cooperation between the two worlds will develop our society.”