The Saudi woman has been providing training sessions in the privacy of her home. As recent changes have taken shape in supporting women’s health, fitness and sport in the Kingdom, Zahran has been able to break ground in opening a fitness center dedicated to Sweat Army’s meticulously designed cross-fitness classes. 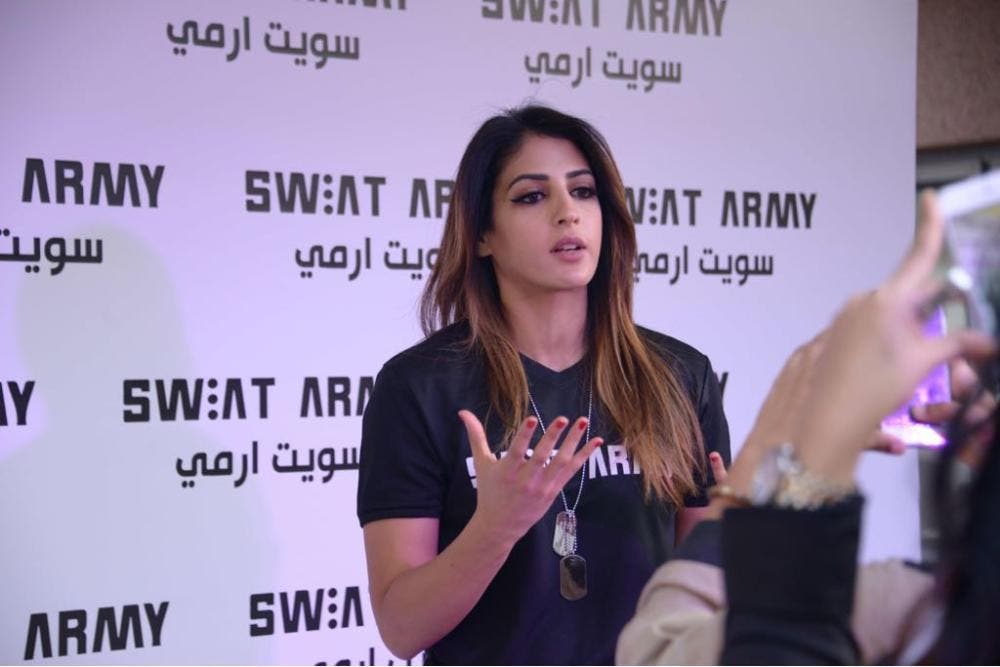 For Sweat Army, Zahran has designed a range of classes that fit various fitness levels including “Run & Roll,” focused on heart and body, “YOMP Fit,” focused on flexibility and strength, “Body Awareness,” a body discovery class influenced by Yoga, Pilates, and Barre, “Just Sweat With It,” a training class focused on innovating new fitness techniques every class, keeping groups challenged and surprised, “Sweat Spin,” an enjoyable class incorporating music and stationery bikes, and finally “The Challenge,” a competition based class that divides the groups into teams, with winners and losers at the end of every session.

Zahran has recruited trainers Rania Zahran and Nehad Sulaimani to help her lead the Sweat Army. Both are also certified trainers by the International Sport Science Association. Together, they plan to design and develop training programs for local women’s sports teams to enhance their overall fitness, agility and performance. The program, Sweat Sport, aims to support Saudi Arabia’s Vision 2030 in being part of the Olympic Games.

Sweat Army officially opened its doors on Feb. 27, 2018, and is located on Prince Sultan Street in Al-Nahda district. Local influencers such Raha Moharrak, the first Saudi woman to climb Mount Everest, attended the launch event. Moharrak spoke, along with Zahran, about the importance of health and fitness for Saudi women.