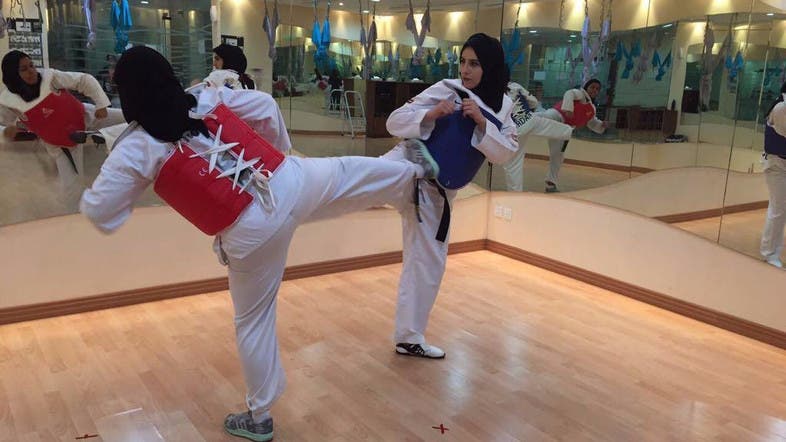 Taekwondo has been witnessing a huge turnout from Saudi women who head to the academy to learn the Korean martial art for self-defense. (Supplied)

Dozens of young Saudi women, dressed in white uniforms, gather at a specialized academy for training Taekwondo in the city of Khobar, east of Saudi Arabia.

Taekwondo has been witnessing a huge turnout from Saudi women who head to the academy to learn the Korean martial art for self-defense. 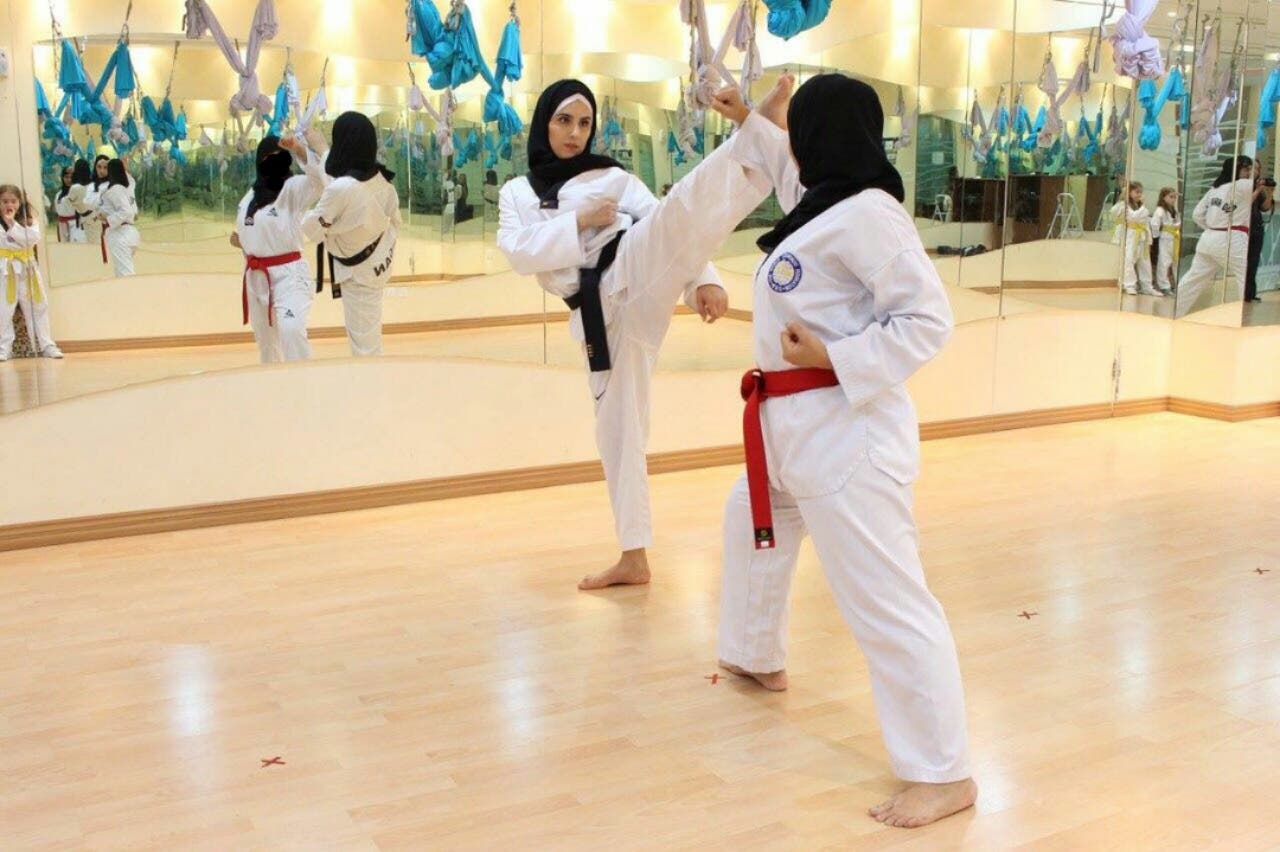 And despite the differences in their ages and body structures, the girls share a common dream: To become professional martial arts players.

Reema Al Turki, who wears the red belt, says she started learning taekwondo with a special trainer, before an academy was established for the process.

“I chose Taekwondo because it enhances the body’s physical abilities and builds high mental energy, and makes me more confident and able to cope with all conditions,” she said. 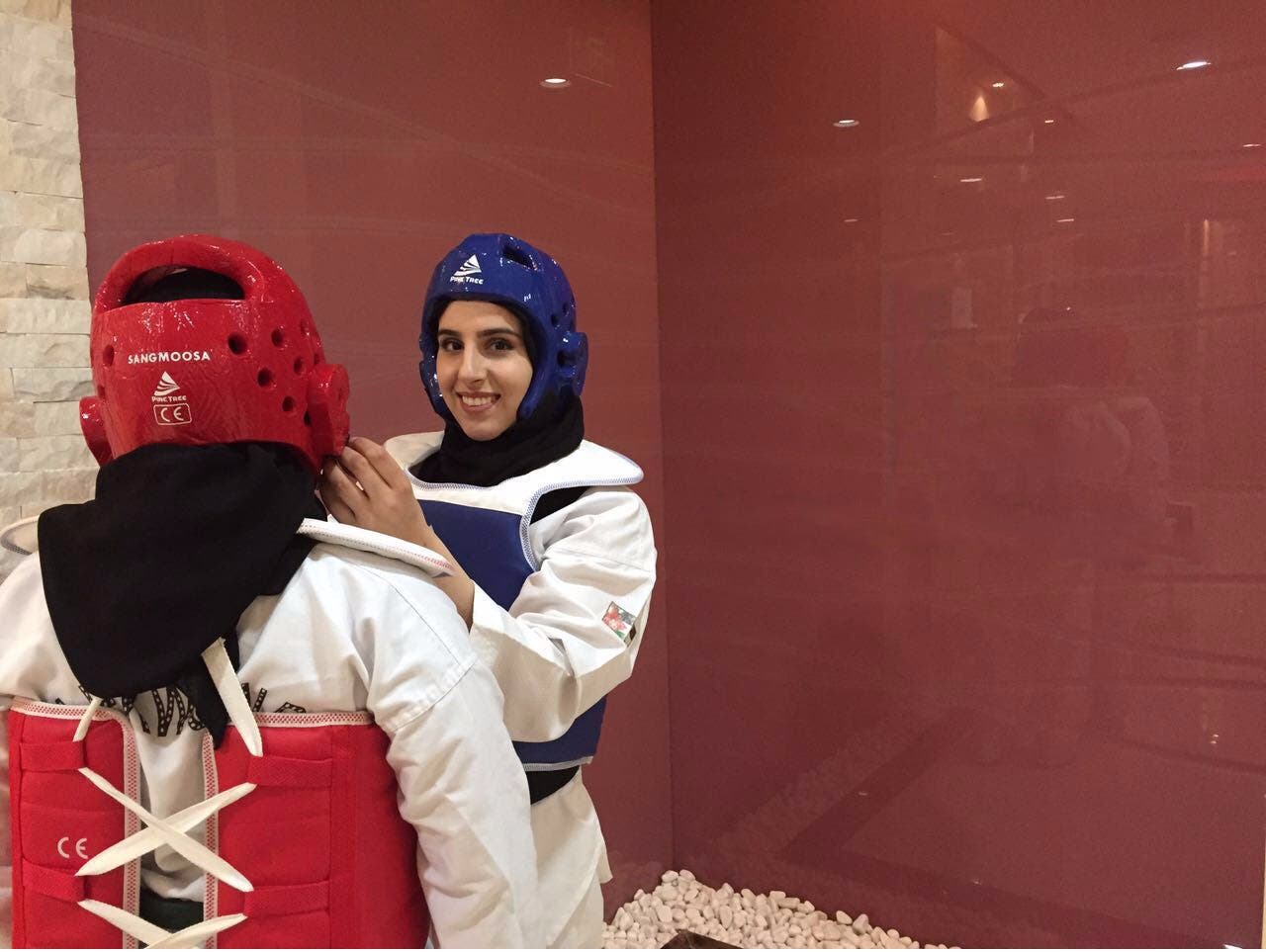 Heba Khalid said Taekwondo made her curious at first about the sport, and later she began to practice it regularly, with love and dedication. 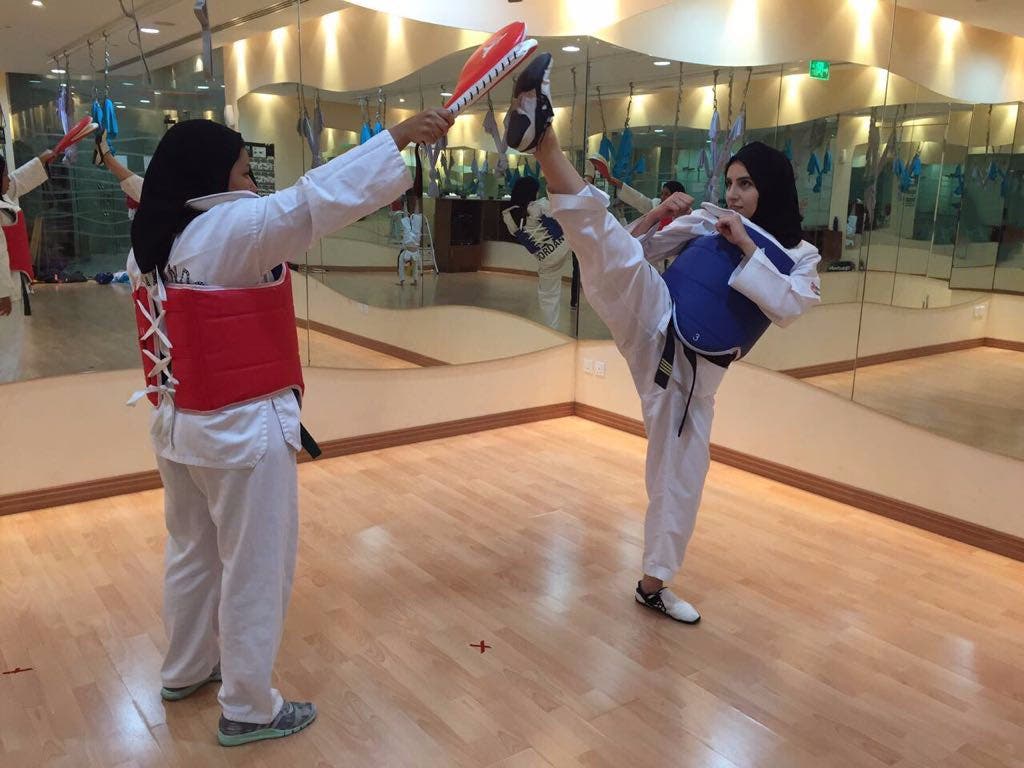 She said practicing Taekwondo taught her how to rely on herself without needing protection from anyone, and gave her physical fitness and great body flexibility.

Heba noted that she disagrees with what is commonly said about how learning martial arts does not suit the nature of women.

She said, in contrary to the generally held opinion, such sports help women protect themselves, because it enhances their cognitive skills and gives them the ability to read the body language of their opponent.