RIYADH: King Salman received US Secretary of State Mike Pompeo on Thursday, the second day of the US official’s three-day visit to Saudi Arabia.

They discussed the distinguished relations between the Kingdom and the United States. They also reviewed the position of the two countries on regional and international events. 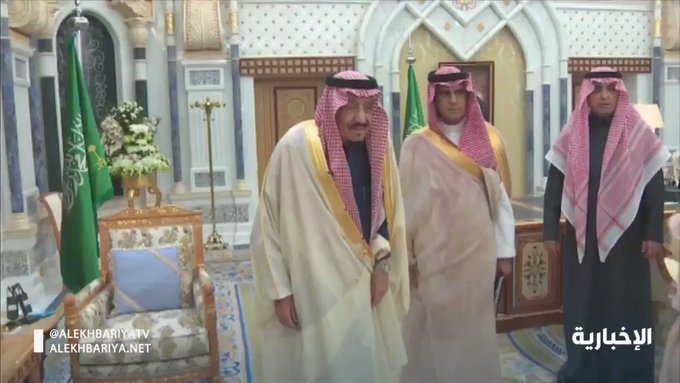 17 people are talking about this

Pompeo then visited American troops at the Prince Sultan air base, south of Riyadh, where some 2,500 US troops are stationed in response to threats from Iran.

“Pompeo’s visit to Prince Sultan air base and a nearby US Patriot battery highlights the long-standing US-Saudi security relationship and reaffirms America’s determination to stand with Saudi Arabia in the face of Iranian malign behaviour,” the State Department said in a statement.

“In response to the attacks and at the request of Saudi Arabia, the United States deployed missile defence, and fighter jets on a defensive mission to deter and protect against any future attacks.”

Pompeo’s visit to the Kingdom comes in the wake of a US-ordered drone strike that killed Qassem Soleimani, Iran’s most powerful general, as he visited Baghdad on January 3.