1 / 12
Participants of the G20 Leaders’ Summit in Buenos Aires, pose for a family photo. (AFP) 6 / 12
Britain’s Prime Minister Theresa May is welcomed by Argentina’s President Mauricio Macri as she arrives for the G20 leaders summit in Buenos Aires, Argentina November 30, 2018. (Reuters) 12 / 12
President Donald Trump arrives and joins other heads of state for a family photo at the G20 summit, Friday, Nov. 30, 2018 in Buenos Aires, Argentina. (Reuters)

BUENOS AIRES: Leaders from the world’s leading economies gathered for the G20  summit in the Argentinian capital on Friday to discuss development, infrastructure and investment.

Saudi Arabia’s delegation was headed by Crown Prince Mohammed bin Salman, who was greeted by world leaders including Vladimir Putin and Emmanuel Macron.

The summit is overshadowed by issues including the US-China trade dispute to the conflict over Ukraine. Also expected to loom are tensions between the United States and Europe. 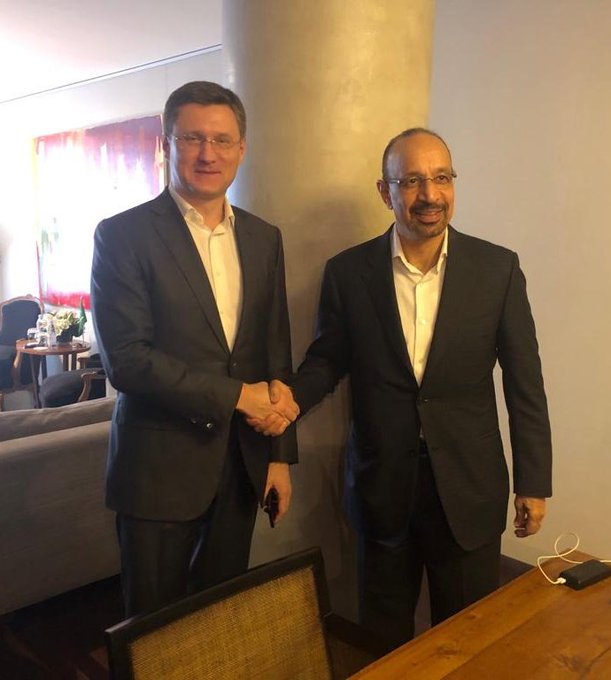 SEE MORE: For the best images of the world’s most powerful shaking hands and talking shop, click here. 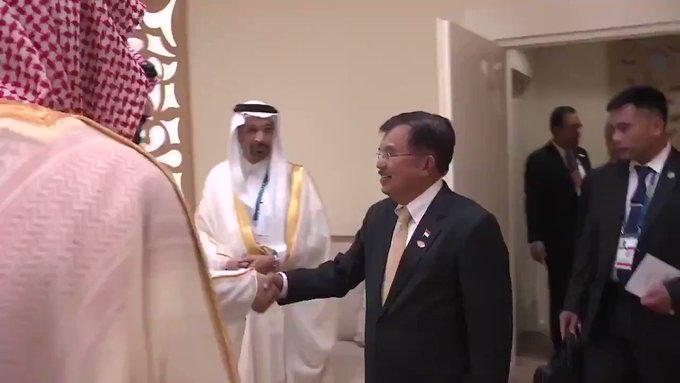 Donald Trump lauded “good signs” ahead of talks with his Chinese counterpart Xi Jinping on resolving their trade war.
“There’s some good signs, we’ll see what happens,” Trump said. He is due to have dinner with Xi on Saturday. 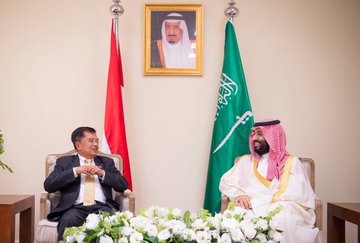 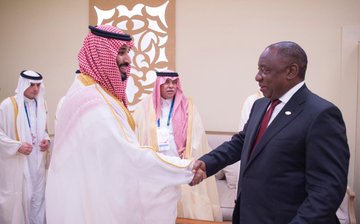 Saudi Arabia’s energy minister Khalid Al-Falih will meet with his Russian counterpart Alexander Novak during the summit to discuss an oil output in 2019, the Russian news agency RIA reported. Novak also said that Russia’s 2019 oil output is expected to be at the same level as this year but could be adjusted, depending on a deal between OPEC and non-OPEC members. Producer group OPEC and its allies are meeting in Vienna next week to discuss oil production.

G20 leaders including the presidents of the United States, Russia and China opened summit talks on Friday.
Argentinian President Mauricio Macri convened the two-day summit in Buenos Aires with a call for member nations to support international cooperation and multilateralism. He added that it will be an agenda “centered on people.” 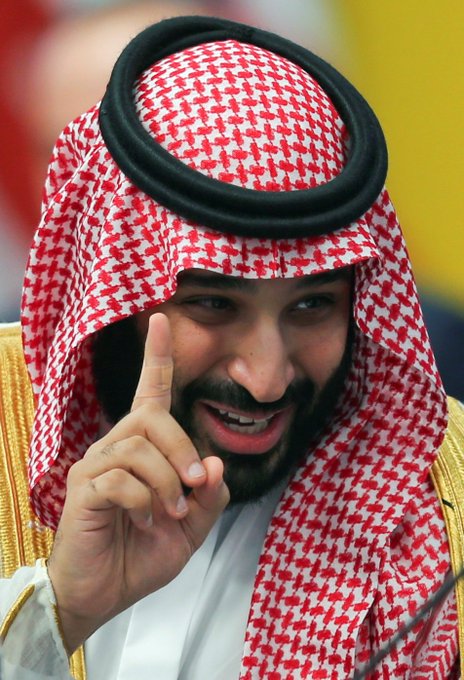 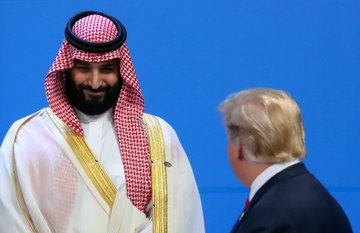 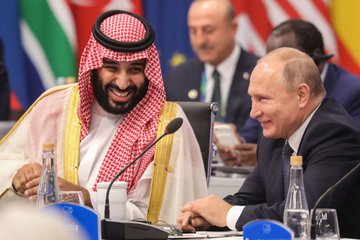 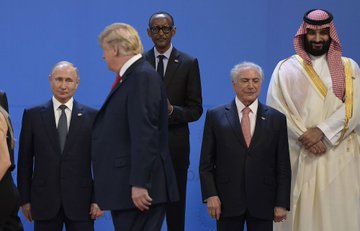 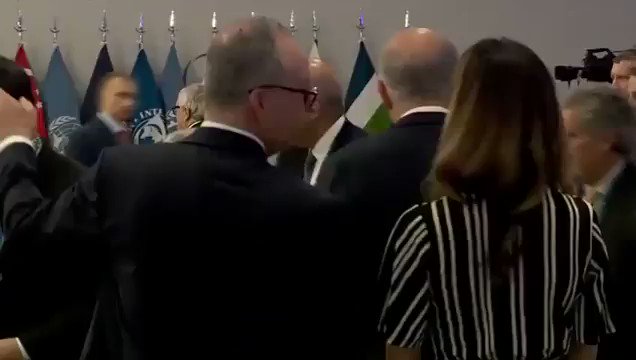 Participants of the G20 Leaders’ Summit in Buenos Aires, pose for a family photo. Saudi Crown Prince Mohammed bin Salman held talks with a number world leaders on the sidelines of the G20 summit.
The crown prince spoke with French President Emmanuel Macron and others at the summit venue on Friday in Buenos Aires. 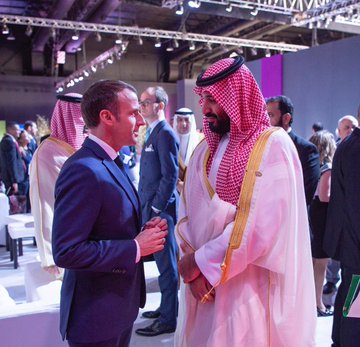 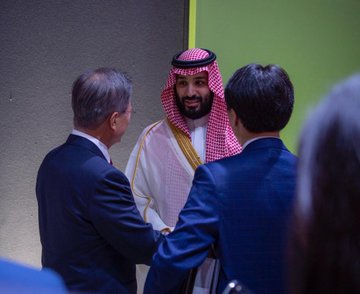 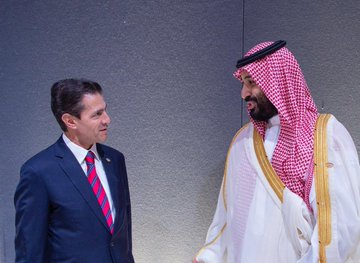 21 people are talking about this

READ MORE: For an alternative guide to the meeting in Buenos Aires, click on Frank Kane’s G20 diary. Today he discusses the obligatory taxi driver story, the state of Argentina’s economy and some of the fine venues where world leaders will conduct their business.

Russian President Vladimir Putin on Friday denounced the “vicious” use of sanctions and trade protectionism, in a veiled swipe at Donald Trump at the G20 summit.
“One cannot help but see a dishonest competition increasingly taking the place of honest dialogue based on equality among states,” Putin told leaders of emerging economies as the summit opened in Buenos Aires.
“A vicious practice of returning to illegal, unilateral sanctions and protectionist measures is spreading, going around the UN Charter, the rules of the WTO and internationally recognized legal norms,” Putin said.
Putin said that the result was “an extremely negative effect on the spirit of international cooperation,” discouraging business.

British Prime Minister Theresa May will hold a bilateral meeting with Saudi Arabia’s Crown Prince Mohammed bin Salman at the G20 summit in Argentina, her spokesman confirmed on Friday.
The meeting will take place at 20:00 GMT.

The leaders of the United States, Mexico and Canada on Friday signed a huge regional trade deal to replace the old NAFTA, denounced by President Donald Trump as a killer of US jobs.
“This is a model agreement that changes the trade landscape forever,” Trump said at the signing ceremony in Buenos Aires, on the sidelines of the G20 leaders’ summit.
But he insisted that the US-Mexico-Canada Agreement, or USMCA, was an “incredible milestone” that would aid US workers, especially in the auto industry, while putting in place “intellectual property protection that will be the envy of nations all around the world.”
Canadian Prime Minister Justin Trudeau was less effusive about the renegotiated pact, but said the USMCA would resolve the threat of “serious economic uncertainty” that “would have gotten more damaging.”
Mexican President Pena Nieto, on his last day in office, called the revamped version of NAFTA important in shoring up “the view of an integrated North America with the firm belief that together we are stronger and more competitive.”

5,452 people are talking about this

The two leaders, who are attending the G20 Summit in Buenos Aires, also discussed Saudi Arabia’s readiness to supply India with all its needs of oil and petroleum products and Saudi oil giant Aramco’s investments in the fields of oil refining and oil storage in India, SPA said.