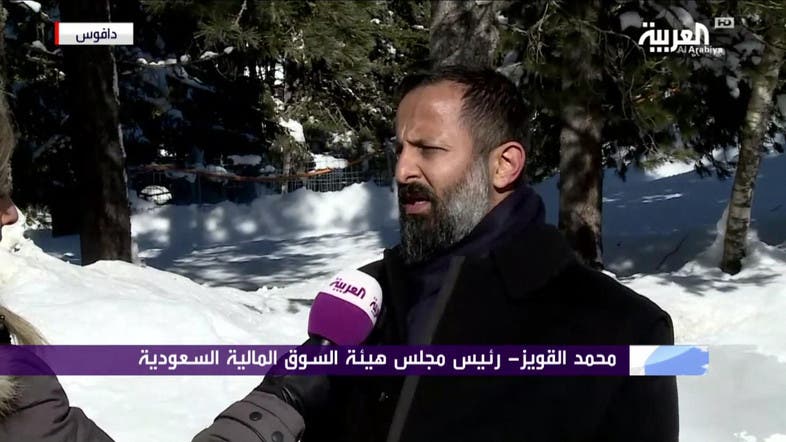 Mohammed bin Abdullah al-Quweiz, the president of Saudi Capital Market Authority, has said he expects inflows of around $30-$50 billion to invest in the country’s stock market because of the recent upgrade in emerging market indices.

“These expected inflows are part of the remaining funds, and the other active investments will move after the decision to upgrade,” al-Quweiz told Al Arabiya on the sidelines of the World Economic Forum in Davos.

He said “the foreign investor will be able to own more than 50 percent of Saudi companies” adding that this will attract more foreign inflows to the Saudi financial market.

“The number of foreign investors has tripled in anticipation of the market being upgraded to emerging market indices,” al-Quweiz said. He said that there are more than 450 foreign investors in the Saudi market.

Al-Quweiz pointed out that the percentage of foreign ownership in the Saudi stock market is about 5 percent. He attributed this to recent decisions that have facilitated the entry of foreign investors.

However, he said the comparison of the Saudi market with other markets, which have been operating for a long time, might be inappropriate as “the Saudi market exposure to foreign investments was decided only in 2015.”

The Saudi stock market index is expected to be upgraded to emerging market indices starting in March 2019 in five stages ending in 2020 with the FTSE Russell index.