Dr. Al-Issa praised the programs of tolerance and harmony that establish these Islamic values. These programs also combat all distortion campaigns seeking to undermine all supreme meanings and values of Islam.

According to an official statement made by the National Assembly, the meeting attended by President of the Islamic Supreme Council Bouabdallah Gholamollah addressed areas of joint cooperation and coordination.

Bin Saleh presented Algeria’s experience in the face of terrorist acts and disclosing the ugly face of terrorism in this historic effort exerted to restore peace and stability to Algeria.

For his part, Dr. Al-Issa stressed the importance of the continuation of the rehabilitation programs that work on preparing imams and scholars to be able to fight extremism and terrorism in addition to inoculating young people from extreme ideologies and protect them from the phenomena of delinquency and extremism, foster the preservation of their Arab identity and social and spiritual values and kindle national consciousness within them. He also stressed the importance of rejecting extraneous fatwas that do not suit spatial and temporal conditions of each Arab country.

On the other hand, Dr. Al-Issa met with President of Algeria’s People’s Assembly Said Bouhja and discussed issues of mutual interest and domains of cooperation.

The Muslim World League and the Supreme Islamic Council of Algeria signed a cooperation agreement aimed at combating extremist ideologies and terrorism, rejecting hate speech and violence, organizing scientific events and encouraging scholars to disseminate values of moderation, tolerance and dialogue. The Secretary General Sheikh Dr. Muhammed bin Abdulkarim Al-Issa signed the agreement on behalf of the MWL and Dr. Bouabdallah Gholamollah on behalf of the Council.

The agreement also provides for building bridges of scientific and cultural cooperation through exchanging publications, experiences and information

In his statement following the signing of the agreement, the secretary-General made clear that the agreement organizes cooperation between the two sides for the purpose of clarifying the true image of Islam and combating extremist and terrorist ideas together with the so-called campaign “Islamophobia”.

The Secretary General of the Muslim World League earlier met with the President and members of the Supreme Islamic Council of Algeria appointed by a presidential decree as representative of the Supreme Ulema of Algeria and its highest religious authority. Both sides also discussed opportunities of cooperation between the MWL and the Council. 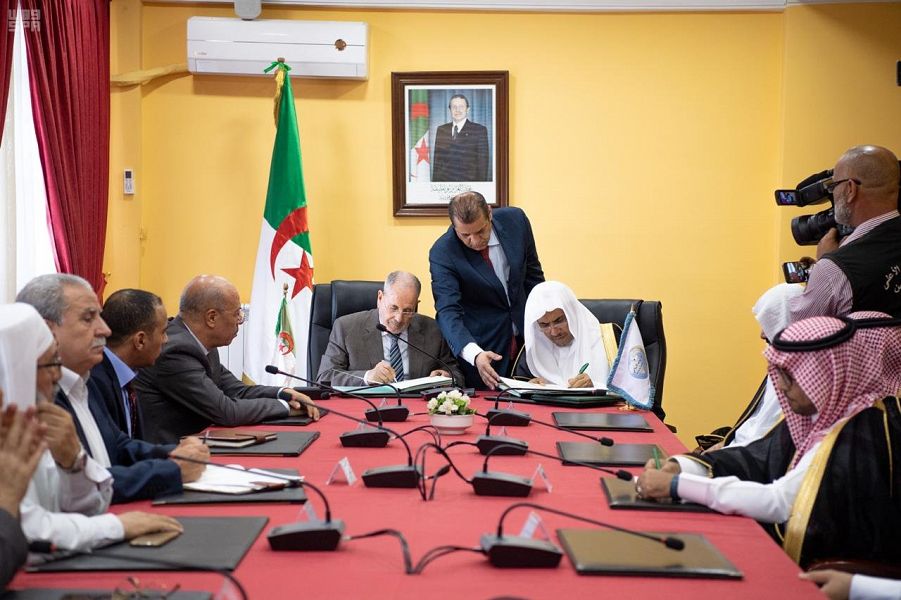 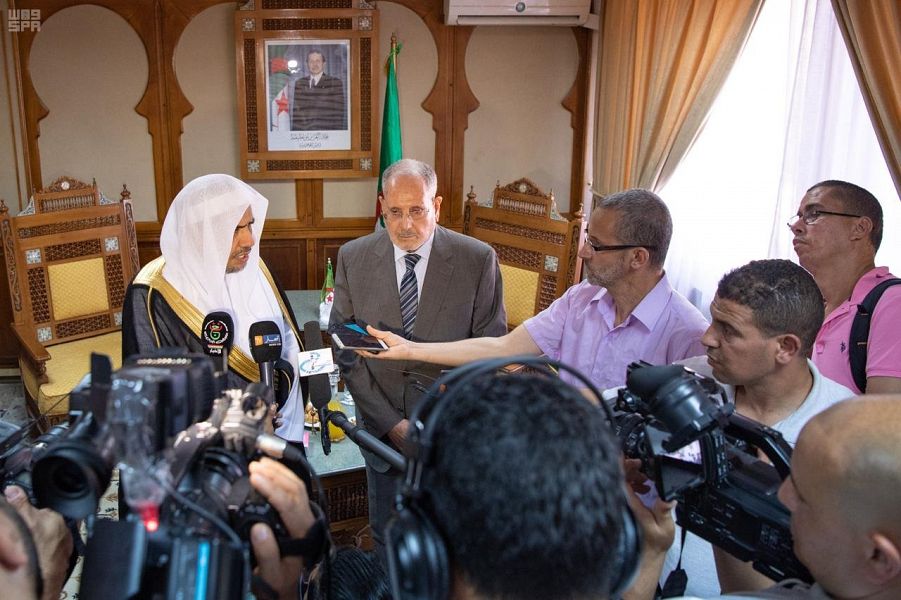 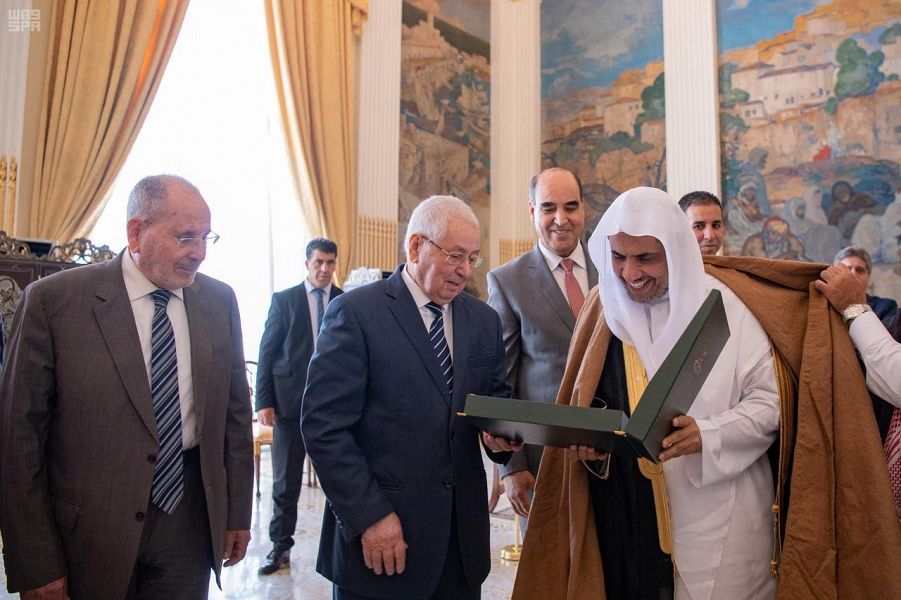 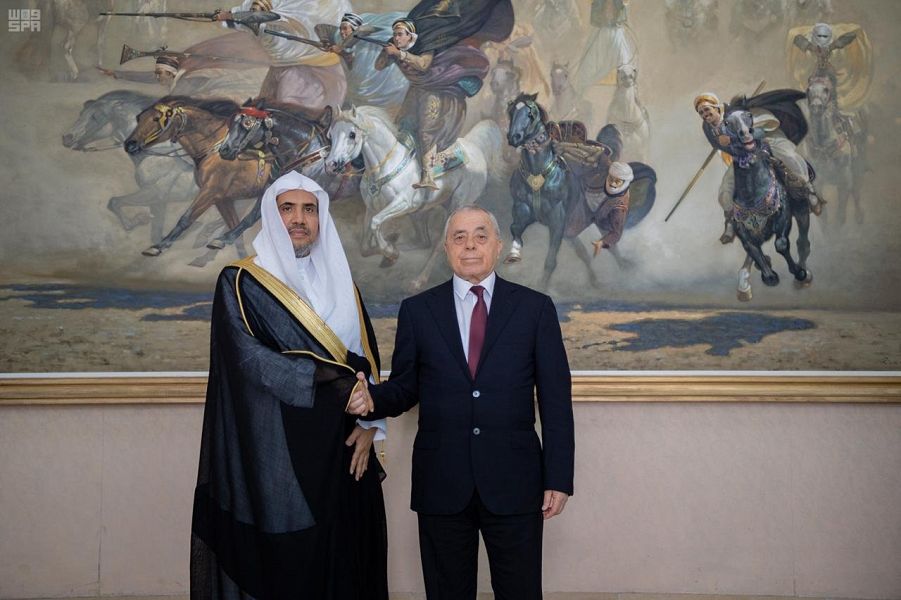 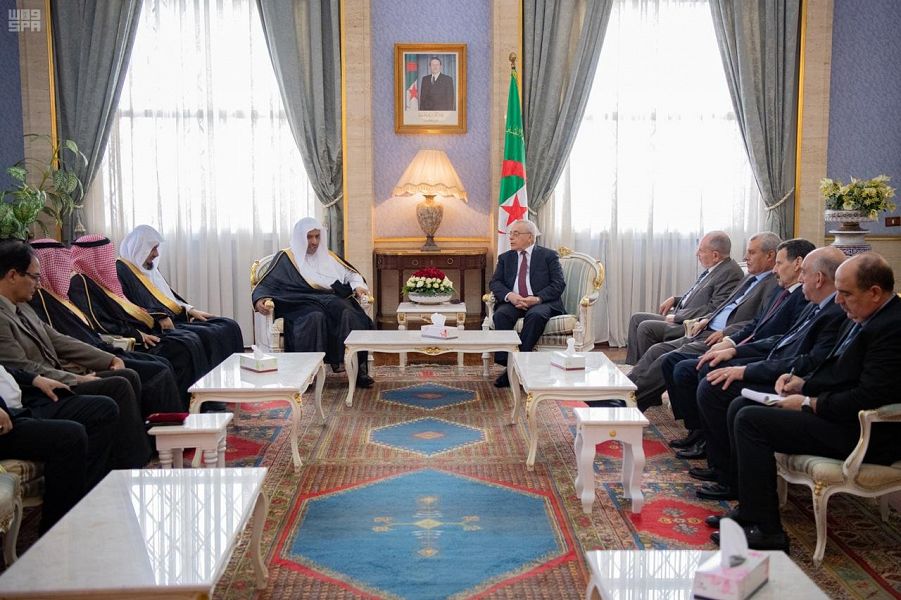