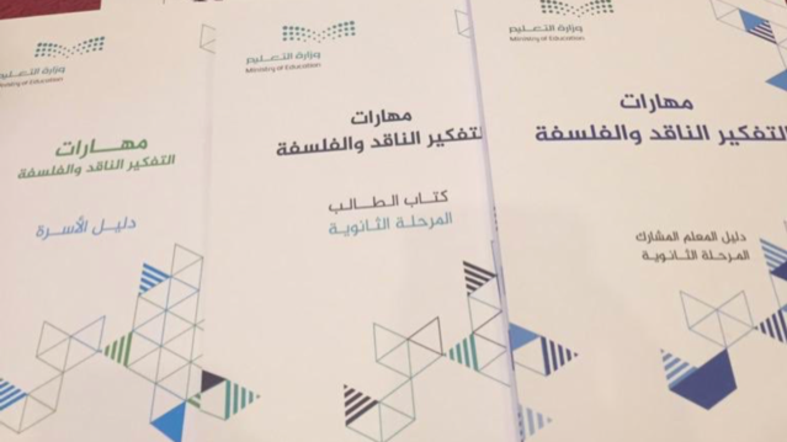 Saudi Education Minister Ahmed al-Issa has said that efforts are underway to redevelop the high school curricula and include new educational projects that will include subjects in philosophy and critical thinking.

“The high school curricula will be developed and the new developments will be announced within days and they will (include) critical thinking as this is an attempt to include philosophy principles in high school. This is in addition to courses in the principles of law that will be launched soon,” Issa said during the main session of the International Conference on Education Evaluation.

Dr. Issa also said there were courses related to the use of technical skills in high school, adding that the ministry began with workshops in around 100 high schools so far. The workshops are in programming and digital education and manufacturing and they will be expanded to include all high school stages.

The minister welcomed any suggestions, initiatives, ideas and projects that may create more opportunities to students and voiced the ministry’s willingness to listen to them.

While discussing the introduction of new projects in education in general, Issa noted launching the Future Gate Initiative and the Competence Based Education Initiative. Issa said that the latter will greatly influence the education system, adding that they began implementing it in 20 schools and they’re expanding its implementation.

The meeting also defined the Future Gate Initiative and discussed shifting to digital education, benefiting from modern technologies in the field of education, enhancing the students’ reliance on certain skills and doing assignments through a digital system.

The Education Ministry’s Twitter account published the minister’s most important statements about Vision 2030 which confirms the skills of the future and which emphasizes that education must achieve its purpose of enhancing students’ skills on all levels so they can bear responsibility in the future.