1 / 3
Week two of Sharqiah Season started with a bang as US rapper Pitbull performed at Dammam’s Life Park as part of the Asharqiah Music Festival on Friday afternoon. (AN photo) 2 / 3
The festivities at Life Park continued today as Akon took the stage. (AN photos) 3 / 3
The festivities at Life Park continued today as Akon took the stage. (AN photos)

DAMMAM: Week two of Sharqiah Season started with a bang as US rapper Pitbull performed at Dammam’s Life Park as part of the Asharqiah Music Festival on Friday afternoon.
Although his Thursday night concert was canceled, fans were certainly not disappointed when he took the stage at 4 p.m. An energy-filled Pitbull hyped-up the crowd in minutes, and soon enough everyone was singing along to some of his most famous songs, including “Taxi,” “Timber,” “On The Floor” and more.
The rapper even teased a short sample of his newest song, “Cinco de Mayo,” leading the crowd in the opening chant before launching into the song’s intro.
He thanked his fans multiple times for their understanding over the delay of the concert, telling them how happy he was to have made it.
“I want you to be able to tell people, ‘I went to a Pitbull concert, and I had the time of my life, Saudi Arabia!’” he shouted, before launching into a rendition of “Time of Our Lives.” 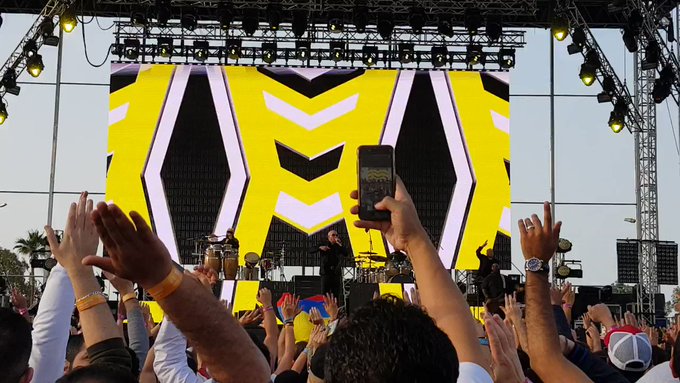 Fireworks, confetti and a wildly enthusiastic audience made for a memorable experience.
Arab News caught up with Pitbull backstage after the show. When asked if he had something to say to his fans, he replied: “To everyone in Saudi I wanna say thank you for the love, I appreciate the opportunity. Great crowd, great energy.”
The performance was hastily rescheduled due to the rapper’s delay in Iceland on his way to Saudi Arabia for the festival.
Due to technical difficulties, his plane was grounded and unable to fly until a spare part was delivered from the US, causing him to miss the initial date.
Pitbull posted an apology video on Twitter, in which he promised fans an unforgettable experience at the rescheduled show. “Make sure you keep your tickets,” he told his fans.
Safa Hukrdoh, from Dammam, said she would have preferred to experience the concert at night, but had no complaints. “I think it was amazing. I have been to other concerts outside (of Saudi Arabia), but this is the first time inside.”
The festivities at Life Park continue today as American rapper Akon, French Montana and Amr Diab all take the stage for the second evening of the Asharqiah Music Festival. 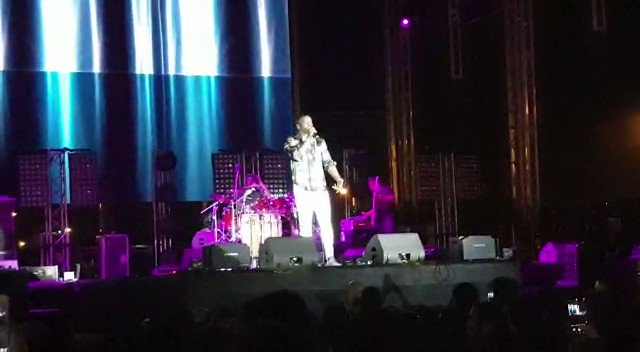 It is one of 83 events planned for the Sharqiah Season, the first of 11 Saudi Seasons taking place across the country in 2019.
Earlier on Friday, planes raced over the waters of the Dammam Corniche, thrilling the crowd who had gathered to see the Red Bull Race. Although not the actual championship itself, the demonstration did not disappoint, with pilots pulling their aircraft through barrel rolls and high G-force turns along a floating obstacle course.
“It’s been a nice day for the family,” said Mohammed Saleh Al-Ghamdi, who had come out with his wife, his mother-in-law and his three children. “We come here every weekend, and every weekend there is a new surprise waiting.
“This time it is these air races, which my son, Hussam, found really exciting. We all had our photos taken with the planes and ate hamburgers, and now we are going to have some ice cream before the next plane comes out to perform.”
Sharqiah Season is the first of 11 cultural events organized by the General Entertainment Authority, the Saudi Commission for Tourism and National Heritage, The General Sports Authority and General Culture Authority.
The initiative falls in line with Saudi Arabia’s Vision 2030 program, which aims to improve the quality of life in the Kingdom by providing enriching cultural pursuits and shows. The 83 activities planned for the festival, which is being held in 9 different cities, feature entertainment, educational activities, sports events and culture.
Sharqiah Season continues until March 30, with the weekends ahead also featuring the Formula 1 H20 boat race, as well as concerts in Dammam featuring Deadmau5 among others.