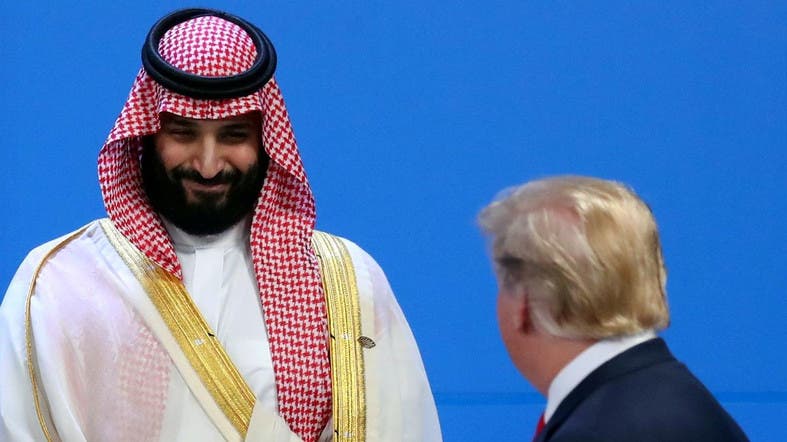 US President Donald Trump and Saudi Crown Prince Mohammed bin Salman greeted each other during the line up for the group  photo prior to the start of the G20 leaders’ session which convened on Friday at Costa Salguero in the Argentinian capital, Buenos Aires.

Prior to the group photo gathering, Saudi Crown Prince chatted with President Trump and his daughter Ivanka, ahead of the start of the two-day meeting of the world’s top economies, according to AFP.

A white house source commented on the exchange of greetings between the two leaders as saying: “as he (Trump) did with nearly every leader in attendance.”

The source added that the US President hadn’t yet any lengthy discussions with the Saudi Crown Prince, but that he might, without elaborating more.