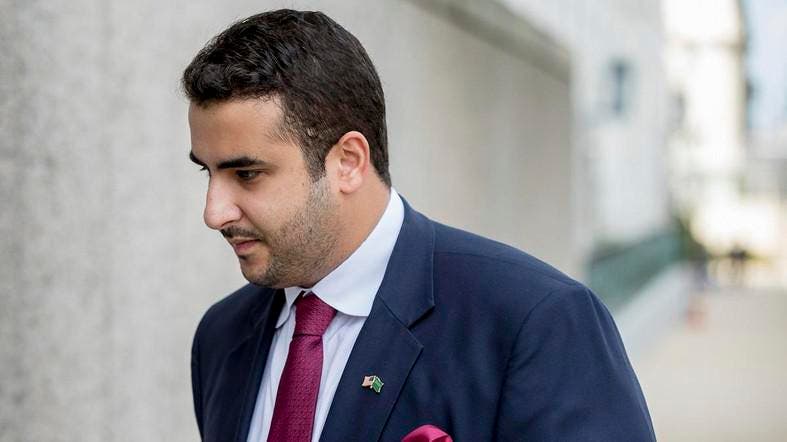 Prince Khaled bin Salman stressed in a series of tweets the Kingdom’s stance towards the just causes of the Arab and Muslim world.

Prince Khaled bin Salman, Saudi Ambassador to the United States, stressed in a series of tweets on Friday on the Kingdom’s stance towards the just causes of Arab and Muslim world, in the forefront of which is the Palestinian cause, adding this is “our duty and destiny”

Prince Khaled said that those who are exploiting the Palestine cause are those who are orbiting around the Iranian regime which is shedding the blood of Arabs in Syria, Yemen and other countries and seeking to occupy them.

He added it is not right that these people stand by the Iranian regime and support it, which claims it is resisting the occupation.

The Saudi Ambassador also highlighted the Kingdom’s remarkable contributions to preserve the identity of al-Aqsa mosque through supporting a number of organizations among them al-Qods Fund and others.