The Saudi Arabian embassy in the US, in a tweet, said the two senior officials explored “ways to strengthen Saudi Arabia’s close partnership with the United States on countering the financing of terrorism, as well as US support for the Kingdom’s economic reforms.”

HRH Ambassador @rbalsaud met with Treasury Secretary @stevenmnuchin1 to explore ways to strengthen Saudi Arabia’s close partnership with the United States on countering the financing of terrorism, as well as U.S support for the Kingdom’s economic reforms. @USTreasury 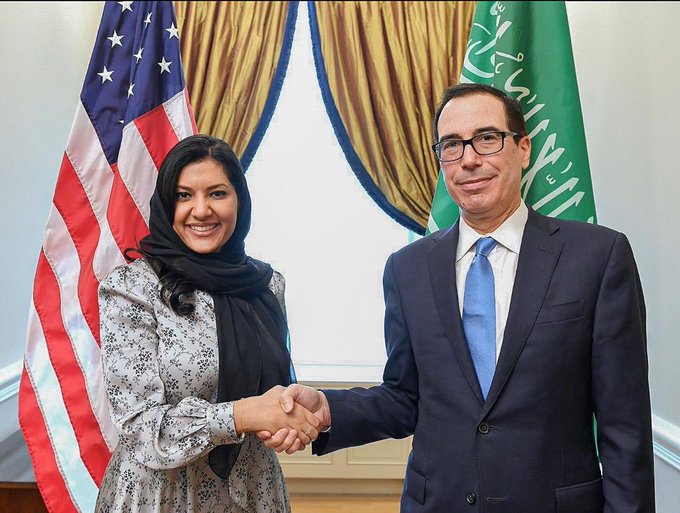 255 people are talking about this

Princess Reema, who assumed her new office on July 4, earlier met with US President Donald Trump to present her credentials as the Kingdom’s top diplomat in Washington.

Princess Reema became the Kingdom’s first female ambassador after being nominated to the post on February 23 – to replace Prince Khaled bin Salman who was appointed deputy defense minister – and took her oath before King Salman in Riyadh in April.