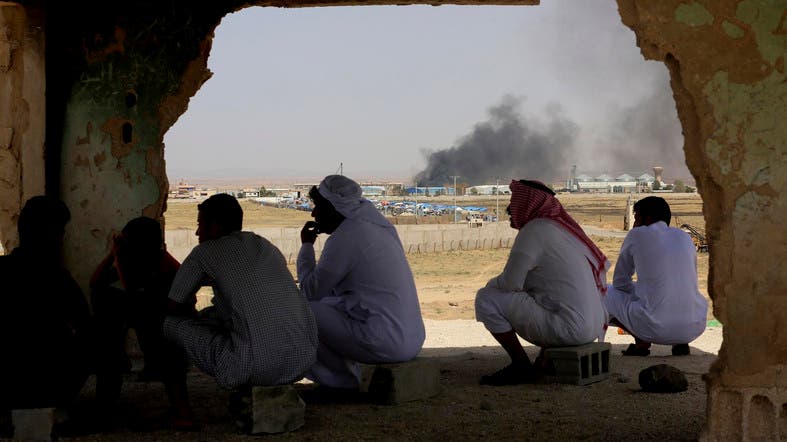 Jordanians watch aid deliveries to Syrians fleeing clashes in the south as smoke from unknown fire rises on July 3, 2018.

The finance ministers of Saudi Arabia, Kuwait and the UAE will sign on Thursday an agreement to provide credit guarantees and grants to Jordan, state-run Kuwait News Agency reported on Wednesday.

The agreement, which also provides for deposits by the Gulf Arab nations in the Jordanian central bank, will be signed in Amman, the agency said. The three Gulf nations in June pledged $2.5 billion to help the Jordan implement austerity measures, which had sparked massive protests.

The protests have worried conservative Gulf states who fear instability in staunch US ally Jordan that has long backed their foreign policy positions could have repercussions on their own security.

Jordan’s key role in protecting geopolitical stability in the Middle East already makes it one of the highest per capita recipients of foreign aid in the world, according to figures from USAID, the US aid agency.