Saudi state media dismissed rumours of political unrest in Riyadh on Sunday after unconfirmed reports of clashes and gunfire near the royal palace circulated on social media.

The statement was followed by unconfirmed videos on social media that appeared to show heavy sounds of gunfire in the district, triggering speculation of a possible coup attempt.

Officials confirmed there were no casualties, and King Salman was not at his palace at the time.

The government ruled out any major security breach, adding that it has launched an investigation.

The incident led to claims of an attempted coup by members of Saudi opposition groups.

Ghanem Al Masarir, a Saudi opposition activist based in London, tweeted the unverified video in which gunshots were heard and sparked controversy.

The clip prompted many social media users to dismiss his claims of an attempted coup, saying the drone had simply flown too close to the palace, which triggered security officials to open fire.

“There is no coup attempt in Riyadh and the clip published is a fake clip. The sound is dubbed on the same clip differently, watch the same visuals with birds humming at night”.

In 2015, the Saudi civil authority banned the use of remotely controlled drones of all “types and sizes” without prior permits.

“Please don’t make the subject into a big issue, a man was using an unlicensed drone that got close to a sensitive area and security men had to shoot it. Simple,” said Omar Al Jaaeman, a presenter on Abu Dhabi Sports Television on Twitter. 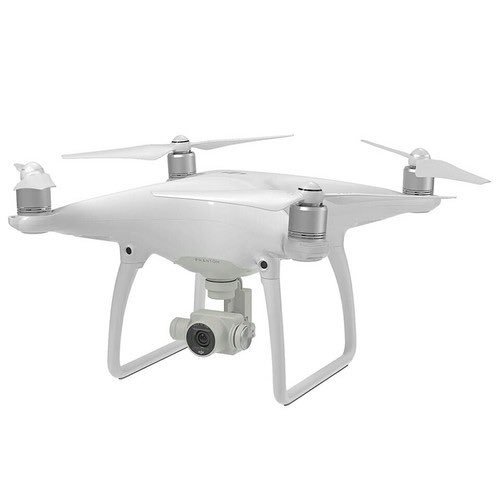 Emile Hokayem, an analyst at the International Institute for Strategic Studies said “unconfirmed reports only circulated by people who know nothing about Saudi or dissidents abroad, grainy video that shows little, supposedly serious people tweeting ‘might be big’. That’s our information environment. We are screwed.”

In Qatar, state-owned broadcaster Al Jazeera aired the unverified video in an attempt to spread the rumour that there was political unrest in the Kingdom, Bahraini Foreign Minister Khalid Bin Ahmad Al Khalifa said.

The minister wrote on Twitter: “Demand number 14: Al Jazeera needs to be taken to court for spreading lies and rumours that cause confusion in our countries.”

Mr Al Khalifa was referring to the demands issued by the UAE, Saudi Arabia, Bahrain and Egypt to Qatar in June 2017 after they severed their diplomatic ties with Doha, accusing it of supporting terrorism.