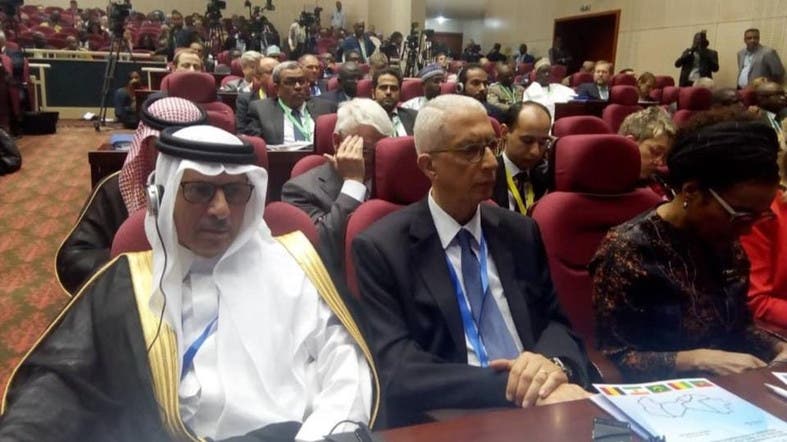 Saudi Arabia has pledged over $113 million in anti- terror aid for the five Sahel states. (Supplied)

In an interview with Al Arabiya news channel, and on the sidelines of a donors conference held in the Mauritanian capital Nouakchott, minister Kattan said that Saudi king Salman Bin Abdulaziz ordered to provide 100 million euros to support the five Sahel countries.

He added that half of the amount will fund development programs, stressing that the kingdom aims to support the stability of these nations in curbing extremism.

The five Sahel countries have been struggling against extremism and lawlessness since an extremist revolt that began with a Tuareg separatist uprising in northern Mali in 2012.

The total pledges in the conference topped $2.7 billion.

Niger President Mahamadou Issoufou told reporters earlier: “These pledges from our partners broadly cover the overall needs” of around 40 development projects to fight extremism in the region, according to AFP.

The five Sahel countries had sought 1.9 billion euros to help them fund projects in border regions vulnerable to extremists. They themselves provide 13 percent of that sum.

Governments hope that with an array of projects, including building schools and health centers and improving access to water, they can prevent communities from falling under the influence of extremists.

Extremism in the region has been fuelled by the chaos that engulfed Libya in 2011, the Islamist takeover of northern Mali in 2012 and the rise of Boko Haram in northern Nigeria.

The extremists were largely driven out of Mali in a French-led military operation launched in January 2013.

The France-backed fledgling African regional force fighting extremists is also suffering from lack of funding, and shortfalls in equipment and training have led to delays in its operations.

As well as fighting terrorism it tackles smuggling and illegal immigration networks that operate in these vast, remote areas on the Sahara’s southern fringe.

A devastating attack in June on the force’s headquarters in Mali, claimed by an al-Qaeda-linked group, destroyed the communications room, forcing a brief halt in operations.