Employees in the financial, insurance and mining sectors in Saudi Arabia are paid the highest average monthly compensation in the kingdom, according to the latest official statistics.

The average monthly compensation paid to employees working in the financial and insurance category reached 16,395 Saudi riyals ($4372), the second highest among all economic activities in the kingdom, according to a survey released on Tuesday by the General Authority for Statistics and covering data from the fourth quarter of 2017.

As for the sector employing the highest number of Saudi nationals, the retail and wholesale trade was the top economic activity, employing 416,117 Saudis, followed by the manufacturing sector, which employed 238,952 Saudis during the fourth quarter of 2017, according to the survey. (Read more here).

Earlier this year, Saudi authorities added 12 activities to jobs that are restricted to Saudi nationals, with the majority within the retail sector, including jobs in electronics retail stores, car dealerships, furniture stores and clothing stores. (Read more here).

Retail and wholesale trade also had the highest number of businesses in Saudi during the fourth quarter of last year at 471,284 establishments, the survey also showed. This was followed by the manufacturing sector with 108,045 establishments and the accommodation and food service sector with 103,214 businesses. 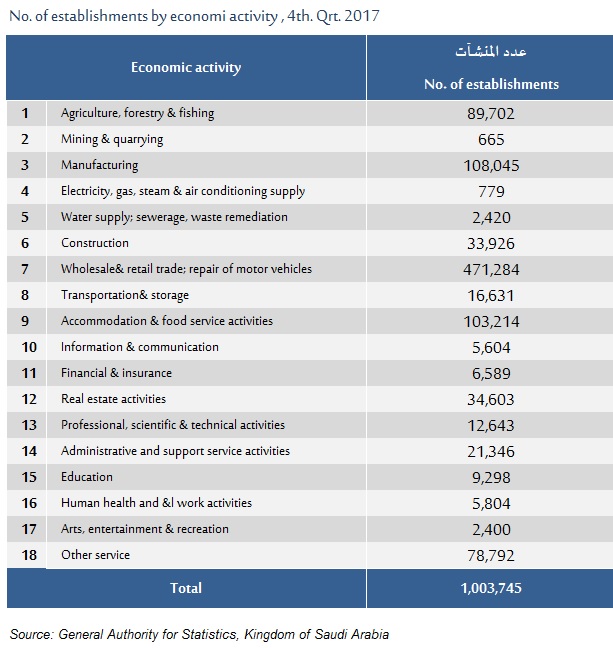 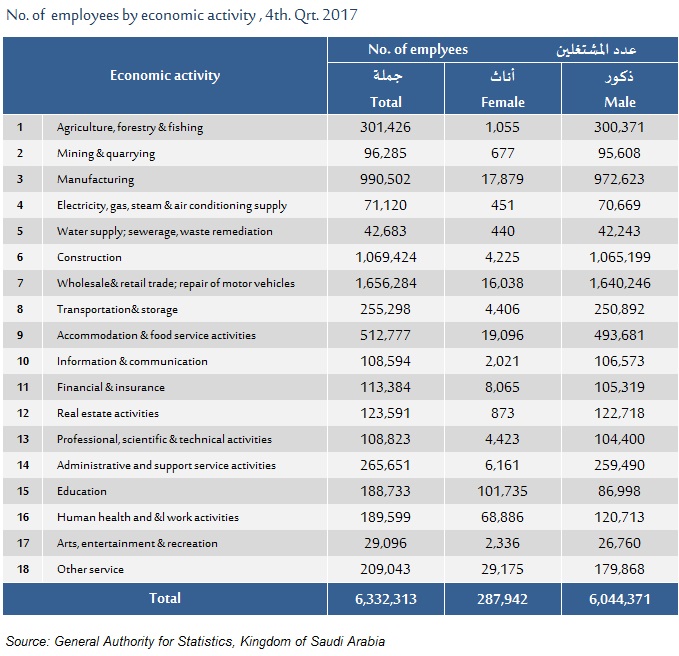 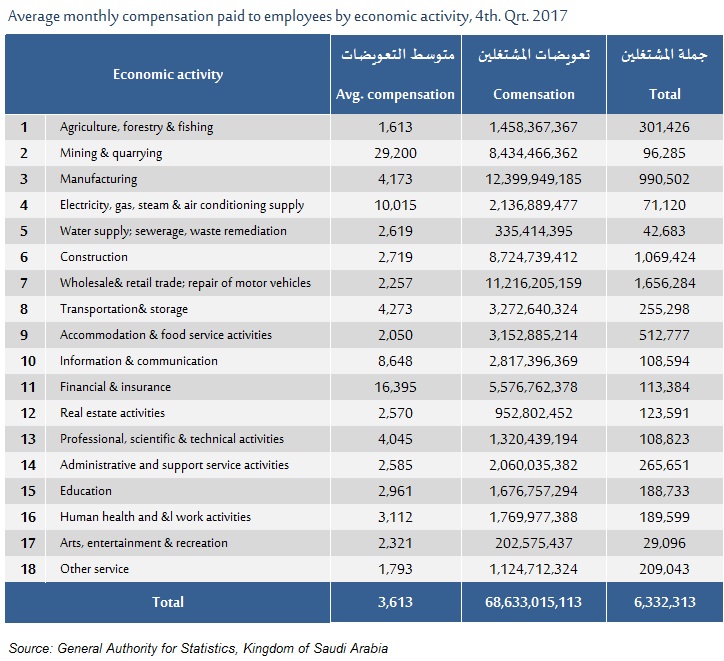 This article was first published in Zawya