LONDON: Pakistani shares jumped 3.3 percent in early trade on Wednesday helped by an aid pledge from Saudi Arabia that emerged from the Future Investment Initiative in Riyadh.
Saudi Arabia pledged $3 billion in support to Pakistan and allowed for up to $3 billion in deferred oil payments to help stave off a budget crisis.
The deal came as Pakistani Prime Minister Imran Khan attended the opening of the Future Investment Initiative in Riyadh on Tuesday.
Earlier Khan met with King Salman and Crown Prince Mohammed bin Salman to discuss bilateral issues. It was his second visit to the Kingdom in just over a month. 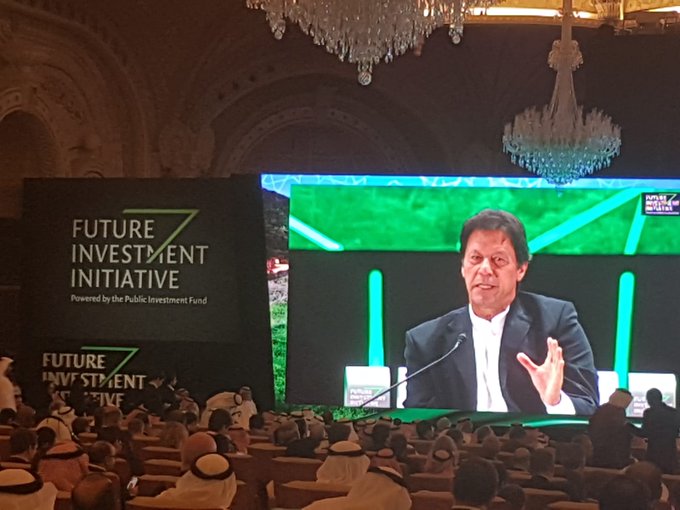 “It was agreed Saudi Arabia will place a deposit of $3 billion for a period of one year as balance of payment support,” Pakistan’s foreign ministry said in a statement.
“It was also agreed that a one year deferred payment facility for import of oil, up to $3 Billion, will be provided by Saudi Arabia. This arrangement will be in place for three years, which will be reviewed thereafter.”
During his address to the gathering of global business executives, Khan also confirmed that Pakistan was in talks with the International Monetary Fund (IMF) for a new bailout.
Pakistan is seeking foreign aid to help plug a massive budgetary gap which the Pakistan prime minister has blamed on the mismanagement of the previous administration.