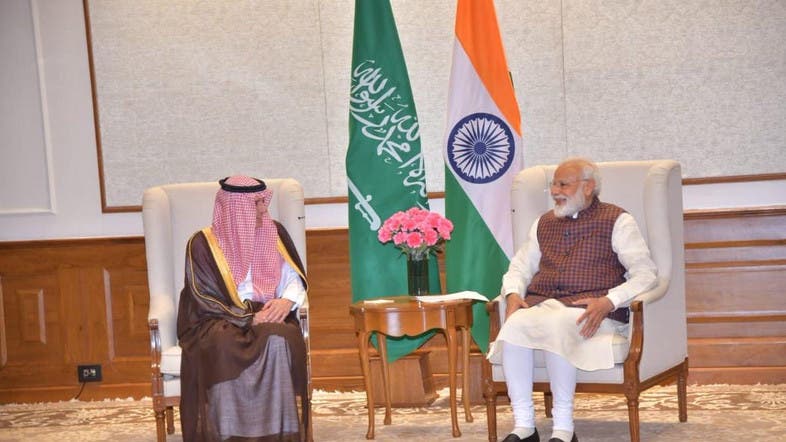 The Saudi Minister of State for Foreign Affairs meeting with the Indian PM. (Supplied)

Al-Jubeir is visiting New Delhi to follow-up on the outcomes of the Saudi Crown Prince Mohammed bin Salman’s recent state visit to India.

During the two meetings, al-Jubeir reviewed the distinct relations between Saudi Arabia and India and efforts to promote them in all fields, according to a statement from the Saudi Press Agency.

The Saudi Minister of State for Foreign Affairs’ visit to India comes days after his trip to Islamabad, where he held talks with Pakistan’s Prime Minister Imran Khan.