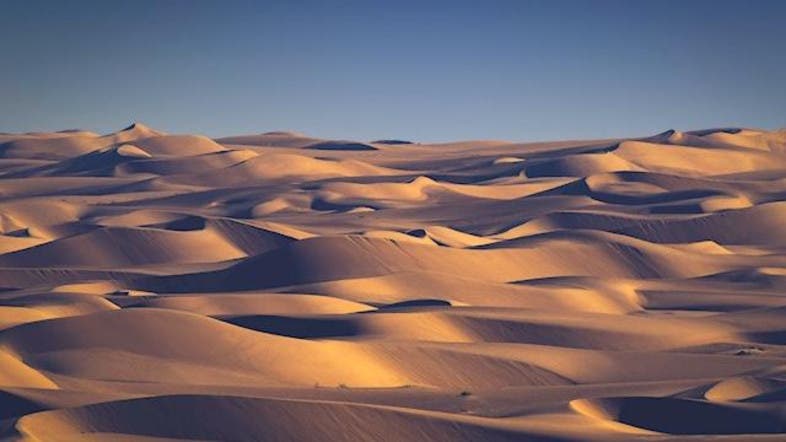 The sand dunes vary in the Empty Quarter and the entire desert can be divided into five sections based on their types.

The basin lying mainly in southeastern Saudi Arabia is where the wind plays a major role in forming and shaping its sand. Its sandy elevations could match the mountains in their high altitude, some of which may reach more than 450 meters.

‘One who can exit it, must be born again, while those inside, remain missing,’ the ancients used to say of this mythical desert, in line with tales of the “Lost City”. 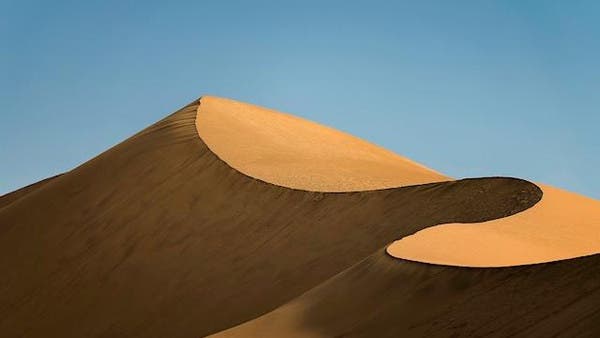 It is believed that entering the desert without a guide is a step leading to imminent death, because of scarce water resources, extreme heat and inescapable mazes of sand, a type of which the human body can get immersed in up until the knees.

The sand dunes vary in the Empty Quarter and the entire desert can be divided into five sections based on their types.

It extends over four nations. About 80 percent of it lies in Saudi Arabia, while its eastern edges extend to the United Arab Emirates, and its southern border is in Oman. Parts of its southern and southwestern limits lie in Yemen.

Life in the Empty Quarter

Though its name suggests that no one lives there, many tribes have lived and still inhabit the region. One of the famous travelers to Arabia, St. John Philby, said that bedouins called it the Empty Quarter to refer to the vast and mysterious wilderness, adding that the bedouins would still like to call it “empty” though they inhabit the region.

Dr. Abdul Aziz bin Laboun, a former oil adviser at Saudi Aramco, points out the Empty Quarter that is one of the world’s most oil-rich regions. The field of Ghawar, for instance, is the largest oil field in the world, as its south extends to the northern parts of the Empty Quarter desert.