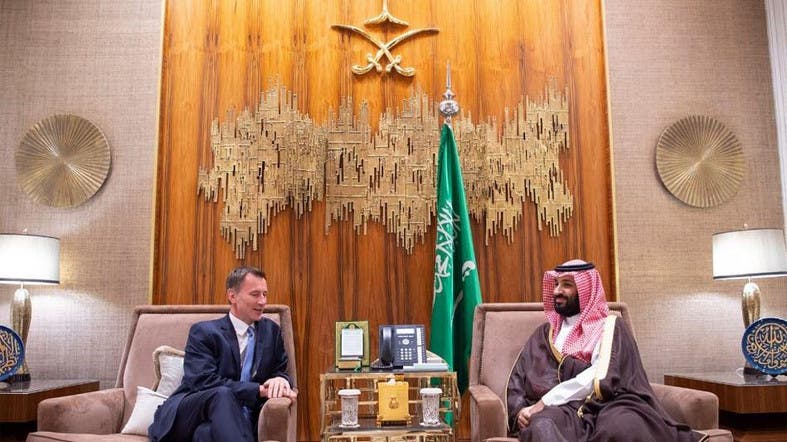 During the meeting, they reviewed Saudi-British partnership in all fields, the latest developments in the region and the exerted efforts towards them. (SPA)

During the meeting, they reviewed the “Saudi-British partnership in all fields, the latest developments in the region and the exerted efforts towards them,” according to the Saudi Press Agency.