Last week, Al Othman posted a picture of himself with his daughter behind the steering wheel, four days after the ban on women driving in Saudi Arabia was officially lifted on June 24.

Since King Salman’s September 2017 royal decree, the country has been busy setting up driving schools and holding events encouraging female members of society to practice their newly established right. 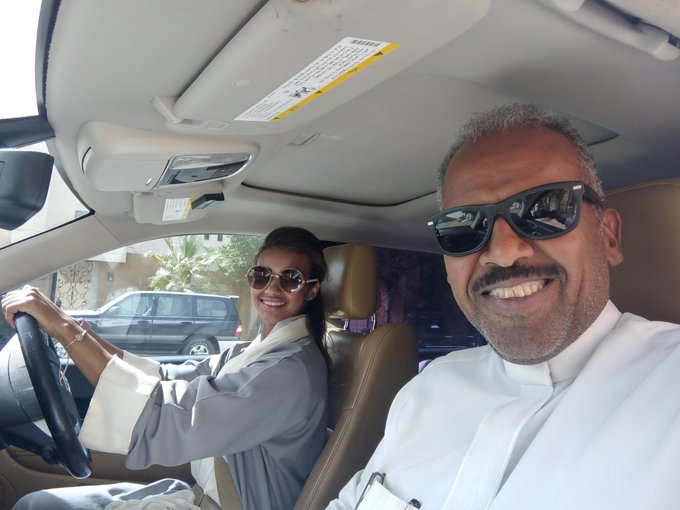 Most people on Saudi Twitter rejoicingly replied to Al Othman and his daughter with positive comments. But alas, the negative comments also made their way through and the proud father handled them like a boss.

Let’s take a look below…

“Darker than it already is?”

– “Why don’t you make your daughter wear the hijab and cover her hair? May God darken your face (humiliate you).”

– “You want my face to be darker than it already is you blind man?”

“Transportation has nothing to do with covering up”

Replying to a user’s comment on his daughter being uncovered and claiming public transportation is what the country really needs, Al Othman said:

“Covering up is my business and my daughters … and by the way, public transport has nothing to do with modesty.”

“Should we say wow?”

Arabic puns at their best.

“I placed the driving wheel on my daughter’s side”

– “Are you the one driving or your daughter?”

– “I’m the one driving of course, but I placed the driving wheel on my daughter’s side.”

Although he received some negative responses, most replies where supportive 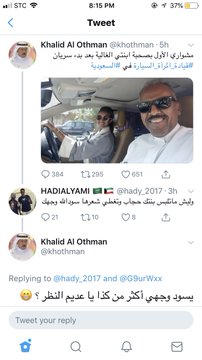 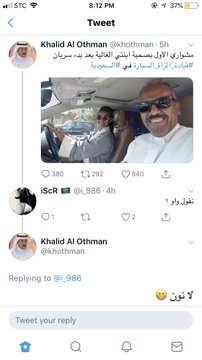 This dad has the purest dad’s jokes ever

The first thread and his responses to the commentators are just priceless. Such a beautiful person

This dad is awesome

check out the replies.

I love a supportive arab dad, theyre so rare to come by that it warms my heart to see them

“She’s lucky to have you”

I don’t know who you are but you remind me of my dad Allah yer7amo, he would’ve replied to those people just like you! Best of luck your daughter she’s lucky to have you

This article was first published in step FEED