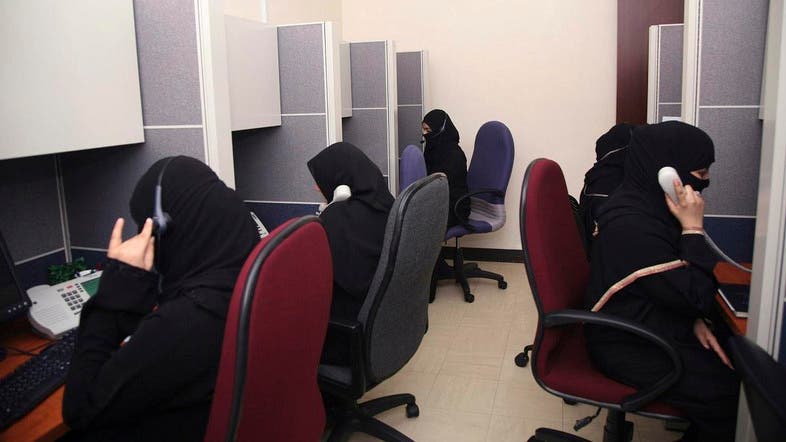 Private sector sees increase in the number of working Saudi women in the second quarter of this year. (File Photo: Reuters)

The number of Saudi female employees in the private sector- covered by social security- increased by 8.8% during this year.

According to Saudi newspaper Aleqtissadiya’s analysis, based on data from the General Statistics Authority in Saudi Arabia, the number of Saudi women in the work force at the end of the second quarter of this year, increased to 593.4 thousand employees, accounting for 6.3% of employment in the private sector, with a work force of both sexes at 9.37 million.

The Saudi Ministry of Labor has launched a series of initiatives within the National Transition Program to address the high unemployment rate among Saudis. The Ministry aims to raise the number of jobs available in the kingdom to the private sector for both male and female from 1.8 million when the program was launched to 3 million job opportunities by 2020.

It also aims to reduce the unemployment rate from 12.3 per cent at the start of the program to 9 per cent by 2020 and to increase the proportion of Saudi women from the total Saudi workforce from 22 percent to 28 percent by 2020.