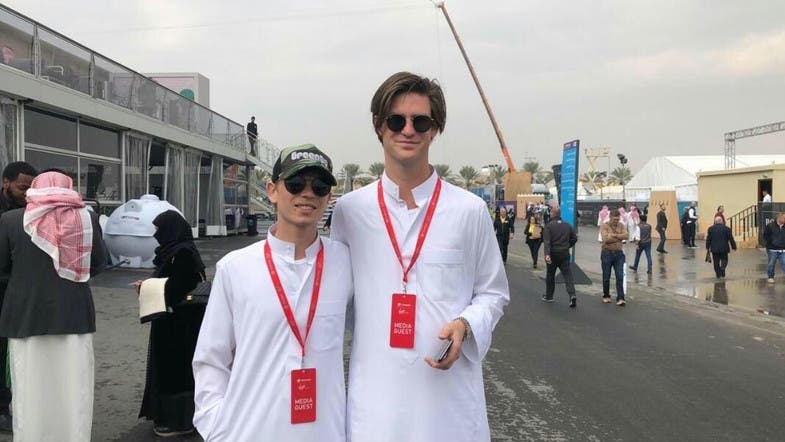 Two photos in particular that have been making the rounds showed English, French and Brazilian tourists donning the national Saudi dress for men – the thoub – which locals praised as showing their culture to the world. (Supplied)
Mariam al-Jaber

There has been a wide-ranging interaction across social media on the recently-held Ad-Diriyah Formula E Championship race in Riyadh, with many locals expressing their delight over the event that had attracted tourists from around the world.

Two photos in particular that have been making the rounds showed English, French and Brazilian tourists donning the national Saudi dress for men – the thoub – which locals praised as showing their culture to the world.

“The major sports competitions in Saudi Arabia have attracted many tourists to this precious country, years after the Saudis have gone abroad to attend such events,” one Saudi user on Twitter wrote. 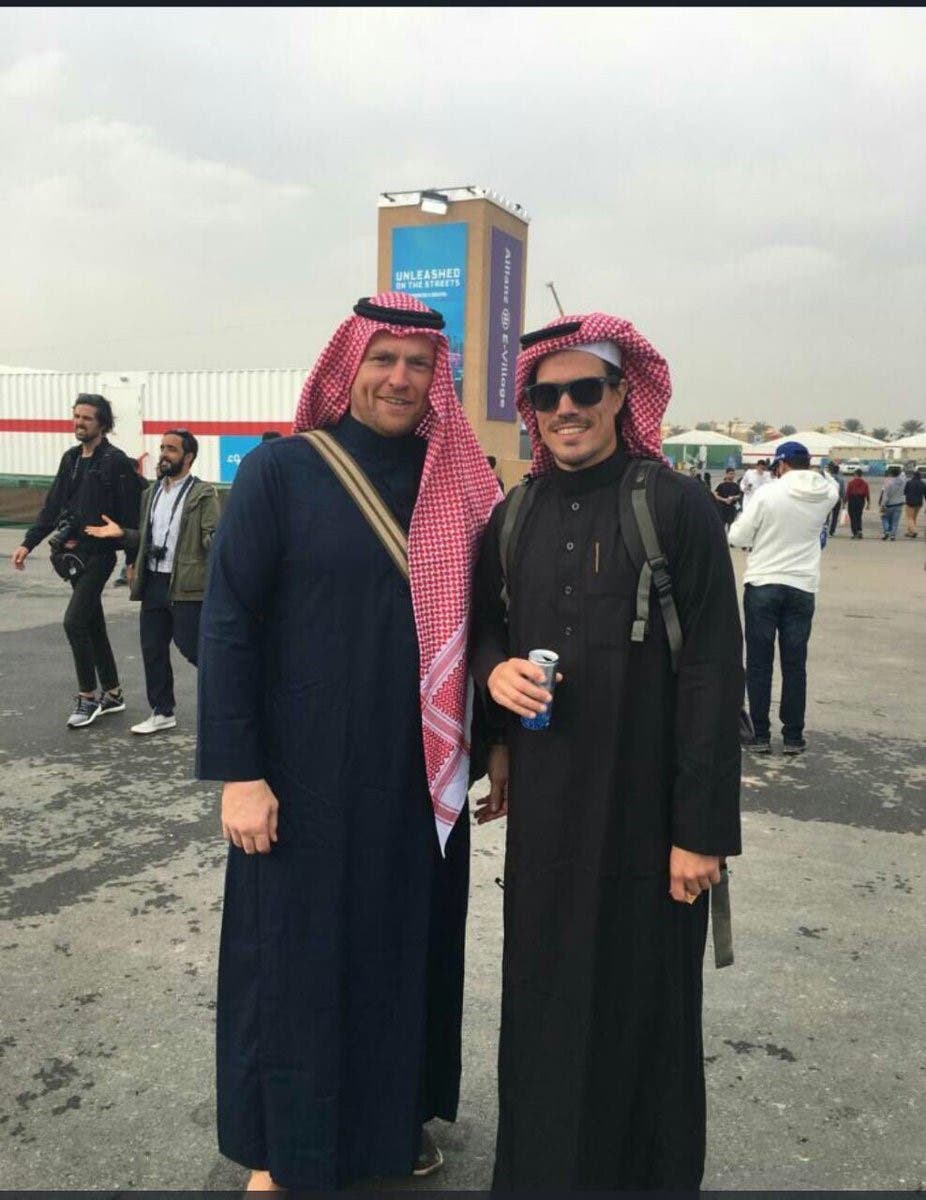 “The event was huge and global, and the whole world talked about it, and we saw the various accompanying events, which were broadcast to the world, and everyone praised this event which was excellently organized and wonderfully done by Saudi Arabia,” another wrote.

History is being made here & Im part of it! being Able to whiteness is something to be proud of!
Thank you to the ministry of media for welcoming me and showing me how pretty your country is! #saudiarabia

Many praised the effectiveness of professionalism in the organization and even in the televised broadcast of the event.

Others shared pictures of Saudi Crown Prince Mohammed bin Salman and his guests who attended the event from the beginning of the early preparations to the end of the race. Many praised his simplicity and his interactions with everyone, especially after he was quoted as saying: “As long as there’s a people like you, there won’t be any difficulties.” 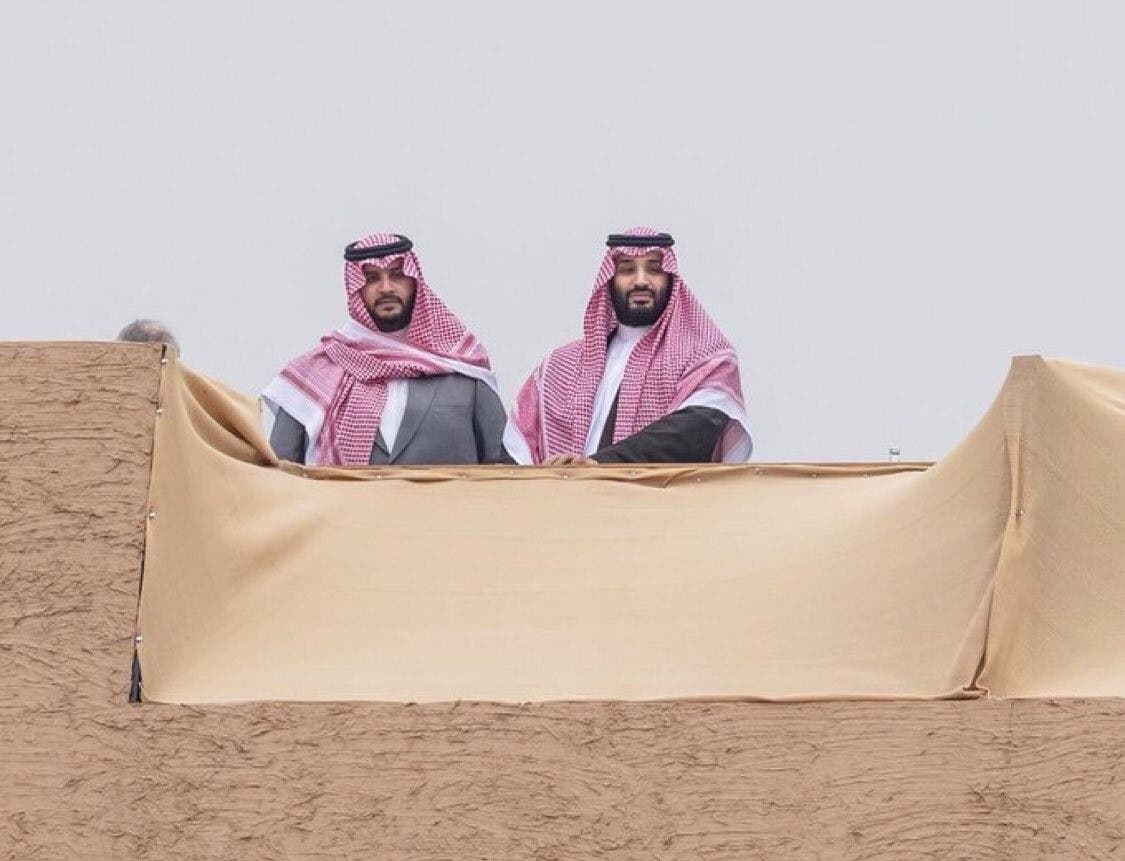 There has been wide reactions on the recent accompanying concerts at the event, which saw singers like global artists and bands like Enrique Iglesias, David Guetta and One Republic as well as regional artists like Amr Diab.