Community sports for female athletes in the Kingdom took another giant step forward after the Saudi Sports for All Federation (SFA) inaugurated on Monday the Women’s Football League (WFL) at a launch event in Riyadh. (AN Photo/Bashir Saleh)

Community sports for female athletes in the Kingdom took another giant step forward after the Saudi Sports for All Federation (SFA) inaugurated on Monday the Women’s Football League (WFL) at a launch event in Riyadh. (AN Photo/Bashir Saleh)

RIYADH/DUBAI: Community sports for female athletes in the Kingdom took another giant step forward after the Saudi Sports for All Federation (SFA) inaugurated on Monday the Women’s Football League (WFL) at a launch event in Riyadh.

“The development of the WFL came about because we understood there was a need for community-level football for women,” Prince Khaled told Arab News.

“This community league is the first activation of many different community-level sports for women, and it will serve as a great model in terms of league infrastructure and inclusion metrics, contributing to Saudi Vision 2030 and the Quality of Life program.”

Fully funded by the SFA, the WFL is a nationwide community-level league for women aged 17 and above.

Saudi Sports for All Federation inaugurates the official Women’s Football League at the community level in the Kingdom https://bit.ly/2VkvUeW  @WFLeagueKSA #QualityOfLifeProgram

45 people are talking about this

In its first season, it will take place in Riyadh, Jeddah and Dammam, with more cities potentially joining in due course.

With a prize of SR500,000 ($133,285) at stake, the WFL will consist of preliminary rounds taking place across the three cities to establish regional champions.

The winners progress to a knockout competition, the WFL Champions Cup, to determine the national champion, with the date of the final to be announced later in the season.

#LIVE: Prince Khaled bin Alwaleed bin Talal of Saudi Sports for All Federation to Arab News: “The development of the WFL came about because we understood there was a need for community level football for women” https://arab.news/g8a2b 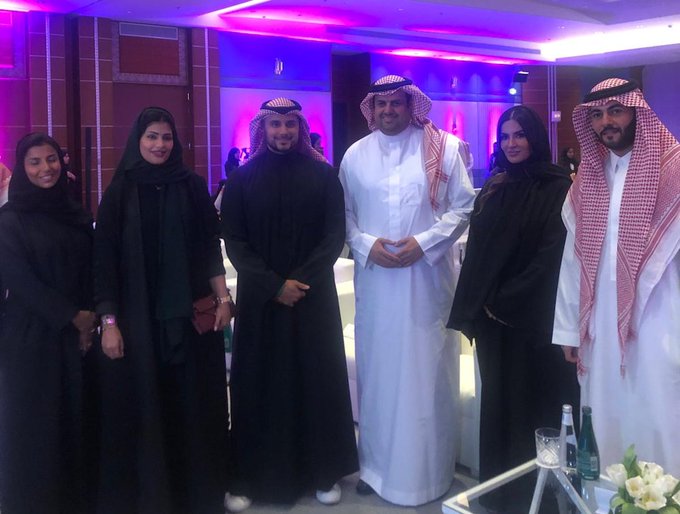 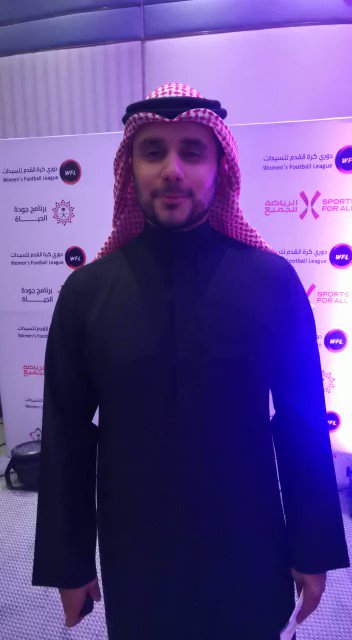 15 people are talking about this

The WFL “is one more major leap forward for the future of our country, our health, our youth, and our ambitions to see every athlete be recognized and nurtured to their fullest capability,” said Prince Khaled.

Women’s football is one of the world’s fastest-growing sports, and the 2019 FIFA Women’s World Cup raised its profile to unprecedented levels, inspiring greater participation across the globe.

Inspiration for female footballers at the grassroots level has come from closer to home, Prince Khaled said.

“I think a big inspiration for young Saudi women to get involved in community-level football is the Saudi Greens Team,” he said, referring to the all-female team established by the SFA.

“The Saudi Greens placed second in the Global Goals World Cup last year, and this was a huge moment for young female athletes in the Kingdom.”

Prince Khaled sees the WFL as a pivotal initiative of the SFA and a major driver behind the realization of the Vision 2030 reform plan, which strives for a healthier and more active society.

SFA Managing Director Shaima Saleh Al-Husseini believes that the WFL will significantly improve the visibility of women in sports and prioritize their fitness, health and wellness.

Some of the women at the launch event. (AN Photo/Bashir Saleh)

“Empowering women comes through positive and proactive programs like the WFL that have been conceptualized to continue to have a lasting impact on health, fitness and wellbeing,” she said.

“The SFA, committed to putting women at the forefront of our mission to grow Saudi Arabia’s healthy and active community, continues to engage public and private sector stakeholders to realize this aim together.”

She said this is a qualitative shift in women’s sports in the Kingdom. Spearheaded by Sara Al-Jawini, the SFA’s director of sports development, the federation “studied all aspects of the new league, conducting continuous workshops to ensure the wider WFL infrastructure and lasting impact metrics,” Al-Husseini added.

The SFA has ensured that the football pitches are ready for the start of the WFL in March, with all-female organizational and technical teams in place to manage the various committees working toward delivering the league.

The WFL infrastructure teams will address and complete administrative requirements, refereeing, and technical and medical issues.

Coaching and refereeing courses are planned to further develop the country’s infrastructure for women in sports.

The SFA’s investment in the WFL includes both women’s coaching and women’s refereeing training to fully flesh out the program’s potential and maintenance.

At a later stage, the SFA and WFL will be communicating details on additional leagues and football events, as well as festivals targeting girls aged 16 and below.

These competitions, under the banner “Beyond Football,” will focus on building a strong base for future participation at the community level, beginning with girls aged 5.