1 / 5
Tabuk residents expressed their happiness with the weather. (SPA) 2 / 5
Tabuk residents expressed their happiness with the weather. (SPA) 3 / 5
Tabuk residents expressed their happiness with the weather. (SPA) 4 / 5
The coastal city of Al-Haql experienced rain which turned to snow further inland near the mountains. (SPA) 5 / 5
The coastal city of Al-Haql experienced rain which turned to snow further inland near the mountains. (SPA)

RIYADH: Spring snowfall has swept in to the mountains of north-west Saudi Arabian, turning the area white and delighting residents.

Clouds began to form early Sunday over Jabal Al-Lawz in Tabuk Province and by sunset, snow, covered all the area turning the ground into a white blanket. 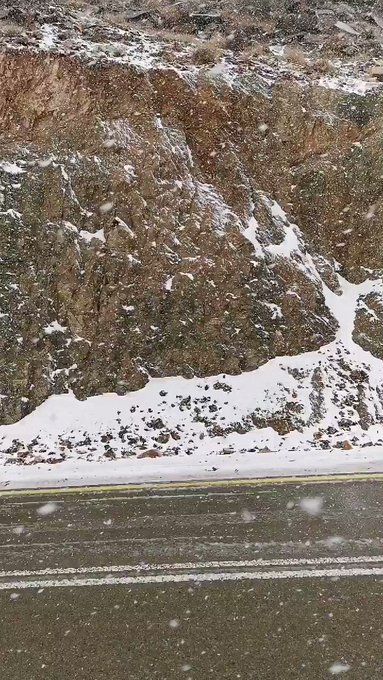 Fahd Al-Belawi said he and his family are pleased with the snow, adding that they came early to the mountain to enjoy the weather, which he described as “one the best times in the year.”

Residents Nayef Al-Harby and Mohammad Al-Shammari said this was their first time to see the region covered in snow.

“This is the first time we have seen the top of Jabal Al-Lawz blanketed in white, we’ve been waiting for this during the past days so we can come to enjoy the weather,” they told SPA. 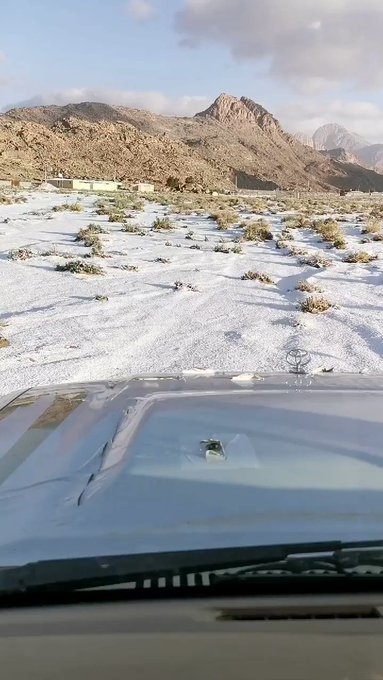 One smiling young man posted a video of himself on Twitter in heavy falling snow. “I am neither in Moscow, nor am I in the Alaska. I am in Saudi Arabia,” he said.

Weather reports said the temperature in the area dropped below 9C.

Climate researcher, Eid Al-Madhlaani, said it was highly unusual to see snow falling on the last day of March.

He warned people wanting to visit the area to be careful when driving on the slippery roads.

Security patrols, civil defense and ambulances were present in the area to ensure smooth traffic flow for the visitors.