Arab News embarks today on a mission to expose Preachers of Hate. This goes beyond naming and shaming — our aim is to track and document extremist ideology, to hold clerics accountable for what they say, and to analyze how their words affect people worldwide.

For too long, Preachers of Hate have been turning innocent people into either villains or victims. They may not carry guns themselves, but their status and influence make their words as powerful as bullets and bombs. Arguably more so; a spent bullet is harmless, an exploded bomb no longer dangerous, but words have the power to outlive their author. For example, sermons and speeches by the late Osama bin Laden are still shared, taught and idolized by extremists worldwide.

As has been said before in this column, terror has no color, no faith, no unique political ideology. That is why we will exempt no religion, nationality, gender or political belief. We will expose Preachers of Hate who are Muslim, Jewish, Christian, or any other religion, from any nationality and all — Saudis included. 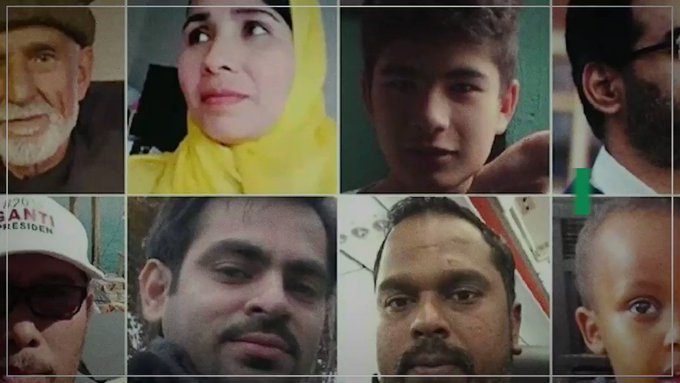 Each week we will focus on a particular preacher, explain their beliefs, shed light on their edicts and, most importantly, hold them accountable for their own words. We will express no opinion, because there is no need; these hate-mongers shame themselves with their own videos, audio files or published books and articles.

Of course, some will question whether we are in effect providing a platform to the very preachers we hope to silence. The answer is “no”. These people and their followers do not need us, or any other traditional media outlets, to spit their poison. As the white supremacist Brenton Tarrant illustrated when he live-streamed on Facebook his attack on two mosques in Christchurch, New Zealand, terrorists already have a platform thanks to social media.

We will expose Preachers of Hate who are Muslim, Jewish, Christian, or any other religion, from any nationality and all — Saudis included.

There is, however, a need for reliable and professional journalists to contextualize and analyze such events. We launch our series today by exploring how Tarrant was influenced and radicalized; how the path taken by a once shy and awkward boy was shaped by ethno-nationalist ideologies, specifically those of the far-right French thinker Renaud Camus, author of “Le Grand Remplacement”.

Camus’ book argues that the white Catholic French population, and white Christian Europeans in general, are being systematically replaced with non-Europeans such as Arabs and Africans.

He claims the anti-immigration French writer Jean Raspail and the British nationalist politician Enoch Powell as “prophets.” Raspail’s novel, “The Camp of the Saints,” was denounced as racist and xenophobic for its depiction of the destruction and fall of white Western civilization as a consequence of mass immigration from the Third World.

His infamous 1968 “Rivers of Blood” speech in Birmingham quoted a constituent as telling him: “In this country in 15 or 20 years’ time the black man will have the whip hand over the white man.”

You will hear and read similar hateful rhetoric by Muslim and Arab thinkers and extremist clerics. In the weeks to come we will expose them as we seek to make it clear that, as far as we are concerned, there can be no tolerance for intolerance.

• Faisal J. Abbas is the editor in chief of Arab News