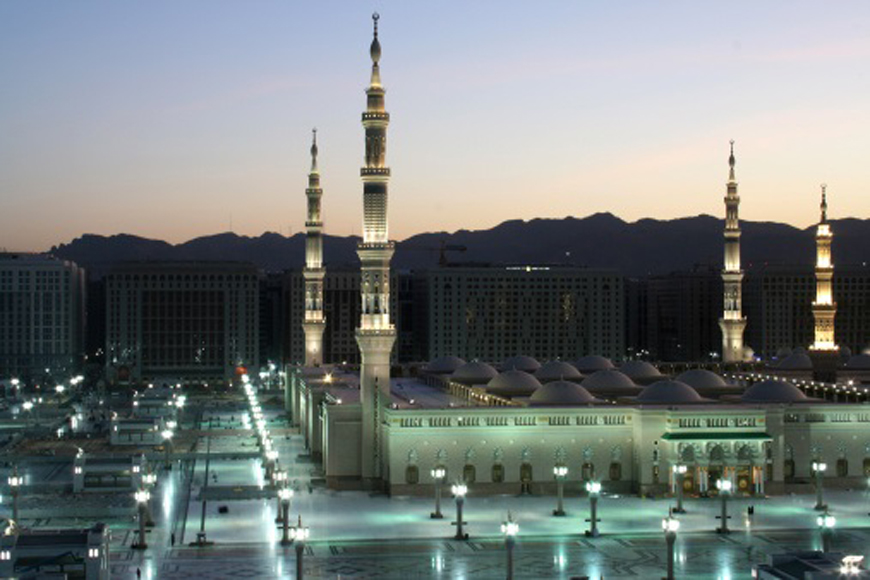 Saudi Arabia offers both natural and historical wonders, from the mountain resorts of Taif and the majesty of ancient Nabatean tombs to the multicolored coral reefs of the Red Sea.

While Saudi Arabia has been a travel destination for centuries, with millions of people visiting the Kingdom each year from around the world, most visitors have historically been Muslims undertaking pilgrimages.
Today there is a new emphasis on tourism in Saudi Arabia, and in 2000, the Saudi Commission for Tourism and Antiquities (SCTA) was established to promote tourism in the Kingdom.

Saudi Arabia’s capital city, Riyadh, is the geographic and cultural hub of the country and its largest city. Once surrounded by mud-brick walls, modern Riyadh – whose name comes from the Arabic word for garden (rowdhah) – is a contemporary city with an ever-expanding network of modern roads, high rises, residential suburbs and industrial parks.

Despite being a modern city, Riyadh also retains much of its traditional appeal. The city’s historic Qasr Al-Hokm district has been carefully preserved and renovated to make it the city’s cultural, commercial and social center.

One of the highlights of Qasr Al-Hokm is the historic Masmak fortress, which King Abdulaziz recaptured the fortress in 1902 – setting the stage for the foundation of the modern Kingdom of Saudi Arabia. Another highlight is the Murabba’ Palace, a former home of King Abdulaziz that has been renovated as part of the King Abdulaziz Historical Center in Riyadh.

Twenty miles outside Riyadh lies the walled city of Diriyah, the ancestral home of the Al-Saud family and the first capital of the Saudi state. 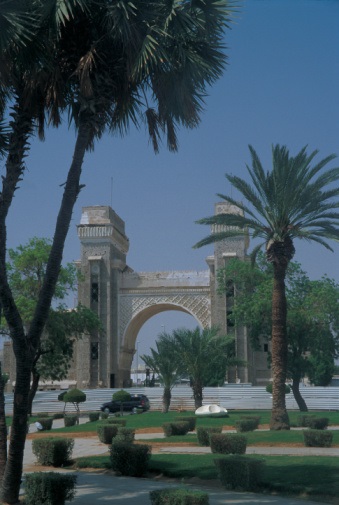 The Kingdom’s second largest city, Jeddah is a sparkling, modern commercial center that is considered one of Saudi Arabia’s most vibrant cities. It is alive with more than 300 gardens, and is home to one of the world’s tallest fountains.

One of Jeddah’s loveliest features is the Corniche, promenades that extend miles along the Red Sea, interspersed with parks, fountains, lakes and kiosks. Its coastal location near the spectacular Red Sea coral reefs makes it a popular spot for water sports.

The city also has a number of beautifully restored historical buildings, including the Naseef House (Bayt Naseef), with more than 100 rooms and a broad staircase to allow camels access to the first floor for unloading.
Jeddah is Saudi Arabia’s main Red Sea port. For centuries, its large harbor has handled ships carrying cargo to ports throughout the world, as well as vessels bringing pilgrims to the Hajj.

The capital of the Eastern Province, Dammam – along with nearby Dhahran and Khobar – is an important hub for shipping, oil, commerce and industry, and the home of the national oil company, Saudi Aramco. It was in Dhahran in 1936 that the famous Dammam No. 7 oil well was discovered, proving beyond doubt that the Kingdom was sitting on vast oil fields.

Dammam is linked to Bahrain via the King Fahd Causeway, an engineering masterpiece that stretches 15.5 miles across the sea and reclaimed land.

Located in the southwestern part of the Kingdom, Asir Province is an extensive region of steep mountains, lush greenery and cool breezes.

The picturesque regional capital, Abha, is noted for its brightly colored mud houses, built in the traditional style. Residents paint their homes each year, usually in preparation for the Eids, the religious holidays that follow Ramadan or the Hajj.

The Asir National Park, which covers 1.1 million acres, is a paradise for botanists, zoologists and ornithologists who come to study indigenous plants and wildlife. New varieties and species are still being discovered there.

The mountain resort city of Taif is located 5,600 feet above sea level in the southwest region of Saudi Arabia. Its pleasant climate, lush parks, sunny skies and exotic wildlife have long drawn Saudi families to this resort town each summer.

Its largest and most famous public garden is the King Fahd Park, which includes a lake, playgrounds, walking paths, and a mosque. Visitors can also take in the Shubra Palace, the former summer residence of King Abdulaziz and the most famous historical building in the city. Shoppers in Taif can browse its traditional souq for handcrafts, gold, silver, spices, perfumes and other trinkets. 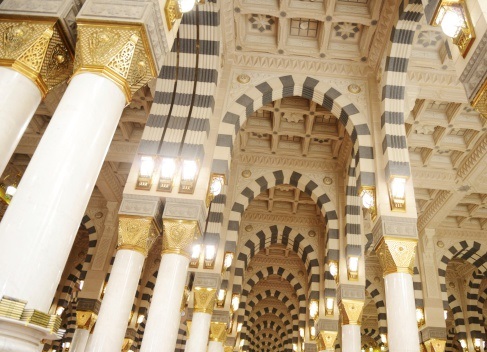 The holy city of Makkah is the birthplace of the Prophet Muhammad. Millions of pilgrims from around the world visit Makkah each year to perform the Hajj, the pilgrimage that is the religious high point of a Muslim’s life. The Holy Mosque in Makkah houses Islam’s most sacred shrine, the Ka’abah, to which Muslims around the world turn in prayer five times a day.

Muslims are drawn to Madinah not as a religious duty as with Makkah, but out of love and respect for God’s last Prophet, who established the first Islamic community there. Madinah is also where the Prophet Muhammad spent the last years of his life, and where he and many of his companions are buried. The city is home to the Prophet’s Mosque. Both Makkah and Madinah are open only to Muslim visitors.

In the ancient trading center of Najran, the capital of Najran Province, old and new buildings stand side by side, giving the oasis city a special charm.

Visitors to Najran can enjoy several museums, including the ruins of the Al-Ukhdood settlement, a former commercial center that thrived from 500 BC through the 10th century. The Al-An Palace, a former governor’s residence, is a remarkable example of local architecture with its circular towers with white ramparts. Najran’s souq is well known for its traditional crafts such as colorful baskets, leather products and old Bedouin silver jewelry.

Also of interest is the Al-Madik Dam in Najran Province, the second largest dam in Saudi Arabia. The dam has become a tourist attraction with parks at each end and wide variety of palms, flowering shrubs and citrus trees.

In ancient times, Hail was a stopping point along the famous Darb Zubaydah caravan route stretching from Mesopotamia, Persia and Central Asia to Makkah and Madinah. Built 12 centuries ago and named after the wife of the Abbasid Caliph Harun Al-Rashid (763-809), the caravan route included hundreds of wells and cisterns. Remnants of these can still be seen in Hail today.

Located in the northern part of Saudi Arabia, Al-Jouf is famous for its ancient ruins, which show evidence of the presence of Assyrians and Nabateans in the region. The region was an important crossroads for traders heading into the Arabian Peninsula from Iraq and Syria.

Al-Jouf also has a special significance in Islamic history. Following its conquest by Muslims in the third year of the Hijra (the migration of the Prophet Muhammad from Makkah to Madinah in 622 AD), Al-Jouf became a staging post for Muslim armies setting out to spread the message of Islam.