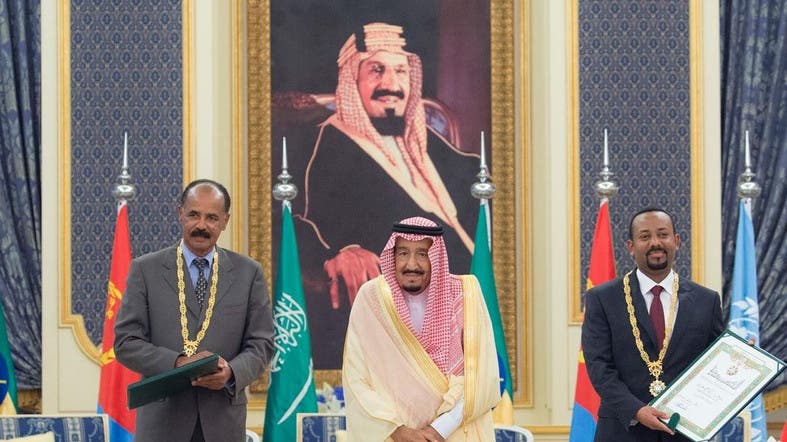 In a statement, the members of the UN Security Council said that “these developments represent a historic milestone and have far-reaching positive implications for the Horn of Africa and beyond” according to Saudi Press Agency, SPA.

UN Security Council’s members called on to continue these efforts and open a new chapter of cooperation that will ensure greater peace, stability, and prosperity in the region.

In a press conference a few days before the opening of the high-level deliberations of the 73rd session of the UN General Assembly, UN Secretary-General Antonio Guterres welcomed the successful Saudi mediation between Ethiopia and Eritrea and praised the two countries’ vision of opening a new chapter in their relations and thanked Riyadh for facilitating the agreement.

Guterres further said: “We have repeatedly condemned the use of ballistic missiles against civilian targets in Saudi Arabia by the Houthis,” adding that “our position is very clear.”