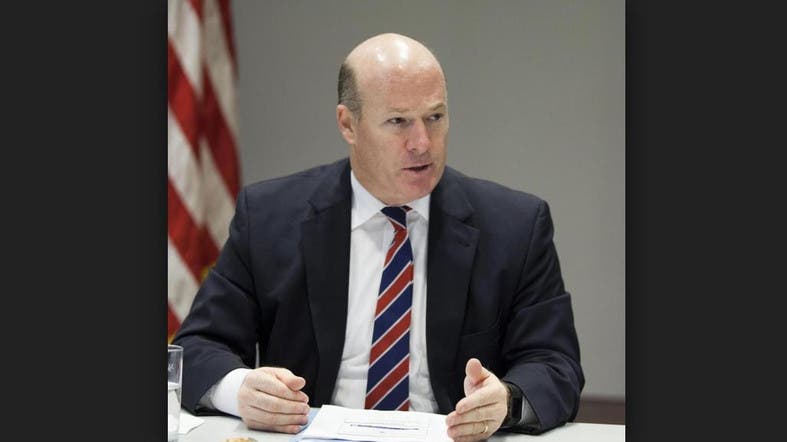 Former Director of the Arabian Peninsula at the US Department of Defense (DOD), David Des Roches.

While the calls on US President Donald Trump to withdraw from the US-Saudi arms deal continue, military experts emphasize that the arm deals was important for Washington and Riyadh since it is not limited to sales of big and sophisticated weapons.

It includes a series of small deals such as training programs and adopting an integrated communications network, which would make the weapons more efficient.

Former Director of the Arabian Peninsula at the US Department of Defense (DOD), David Des Roches, told Al Arabiya English that the United States aims is to have an effective security partner that is geographically close to Iran, could counter Iranian aggression alongside the United States.

“Anything degrades that goal, it would degrade the US security goals,” Des Roches said.

“What we have is a partnership instead of an alliance. The United States gets significant benefits from the intelligence partnership. Saudis had passed us numerous tips over the years about attacks that are directed at the United States heartland,” Des Roches said.

He added that the US and Saudi Arabia are both much larger than other armed forces in the Arabian Peninsula: “If we add all the other forces together, it would be smaller than the forces in the Saudi Ministry of the.”

Des Roches underlined the Saudi king and crown prince’s overall reform Vision 2030, saying: “The military components of the new vision are significant. The Saudis had realized that the development of the military capacities would not be achieved by purchasing equipment and getting the training to operate them only. The educational component is important for developing officers and non-commission officers who are capable of critical thinking, can assess situations, and diverge from a plan when the situation changes.”

“The Combined Air Operations Center which is in Al Udeid Air Base in Qatar was originally in Saudi Arabia until 2003 when the Saudi government asked that it be moved out because they were concerned it was an Al-Qaeda cause of war,” Des Roches said.

He added that Doha has no leverage over Washington, since the US has a constellation of bases around the world.

According to the former DOD official, the US midterm elections played a role in the calls against the arms by the democrats who oppose Trump’s policies.

“Once they are in power, they would realize the value of the strategic relationship between the two countries which would lead them to realized that the United States does not have a whole lot of effective security partners in the region,” he added.

The local politics and internal differences between Democrats and Republicans have an impact on several strategies of the Trump administration, however, major foreign relations and strategies would not be changed regardless of who is the president or which party has the majority in Congress, Des Roche said.