Saudi Arabia and India have signed five bilateral agreements and MoUs in the fields of trade, housing and investment.

The Crown Prince said that he expects investment opportunities in India to exceed $100 billion and that the Kingdom is ready for political and intelligence cooperation with the country.

“Today we expect the opportunities we are targeting in India in various fields to exceed $100 billion in the coming two years… we want to work with you, Mr Prime Minister, to ensure these investments are made and to ensure useful returns for both countries,” Crown Prince Mohammed bin Salman said.

They also announced that the Kingdom will be joining the International Solar Alliance, which is a platform for cooperation among solar resource rich countries, and was initiated by India. 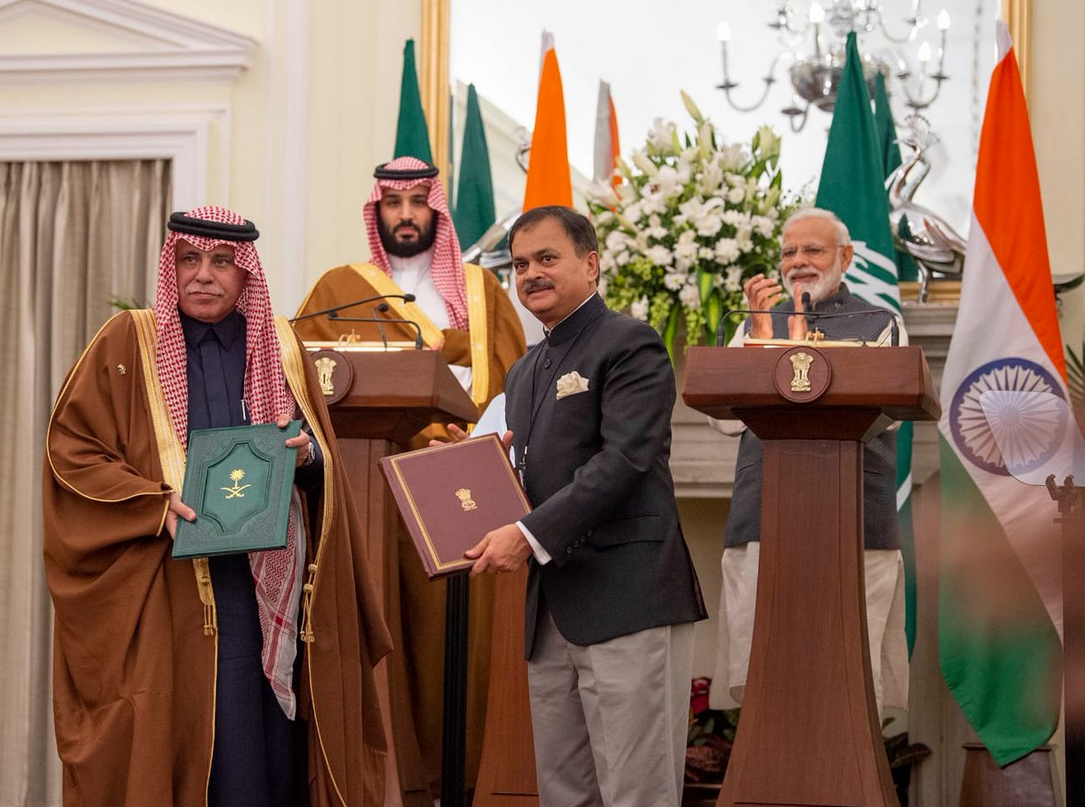 The Crown Prince added that terrorism is a common concern with India and that the Kingdom is ready to share intelligence to tackle it.

“On the issue of extremism and terrorism, which is a common concern, we want to tell India that we will cooperate in every way, including intelligence sharing,” the Crown Prince said.

He affirmed that there are “countless opportunities between the two countries” as well as mutual benefits. 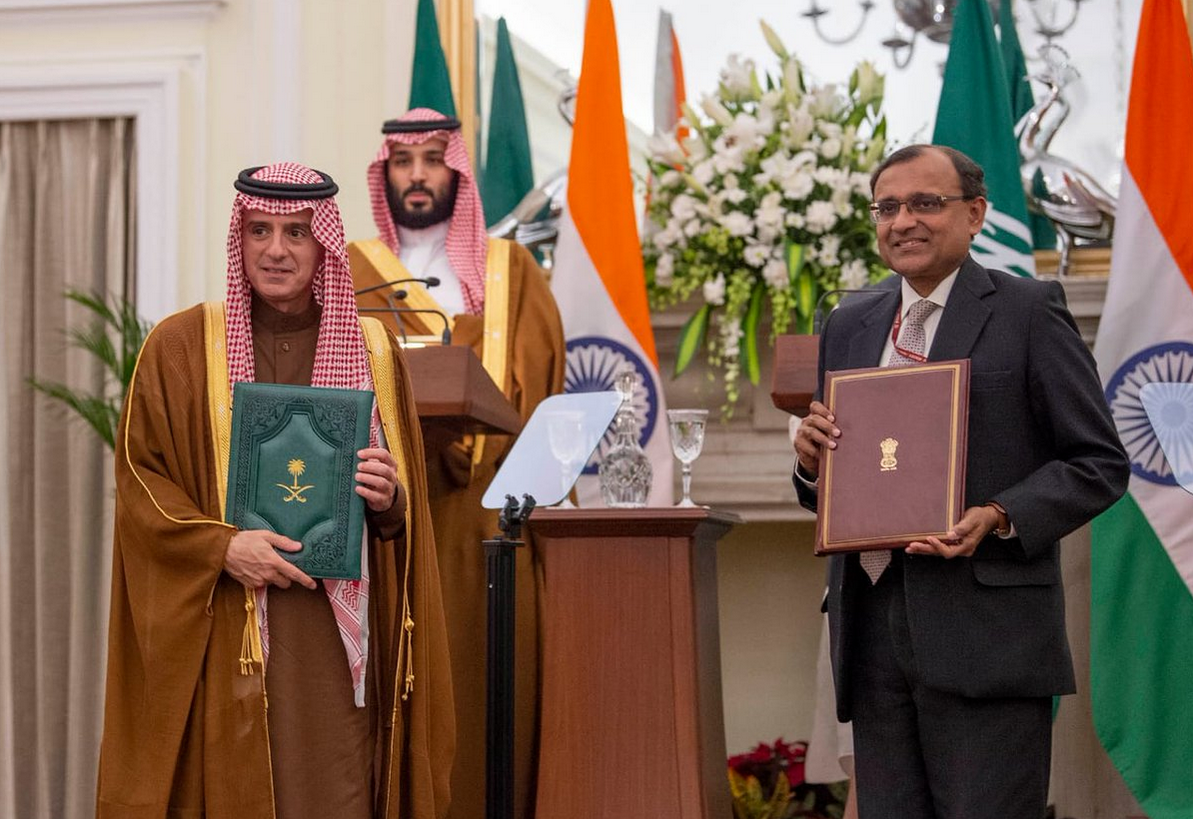 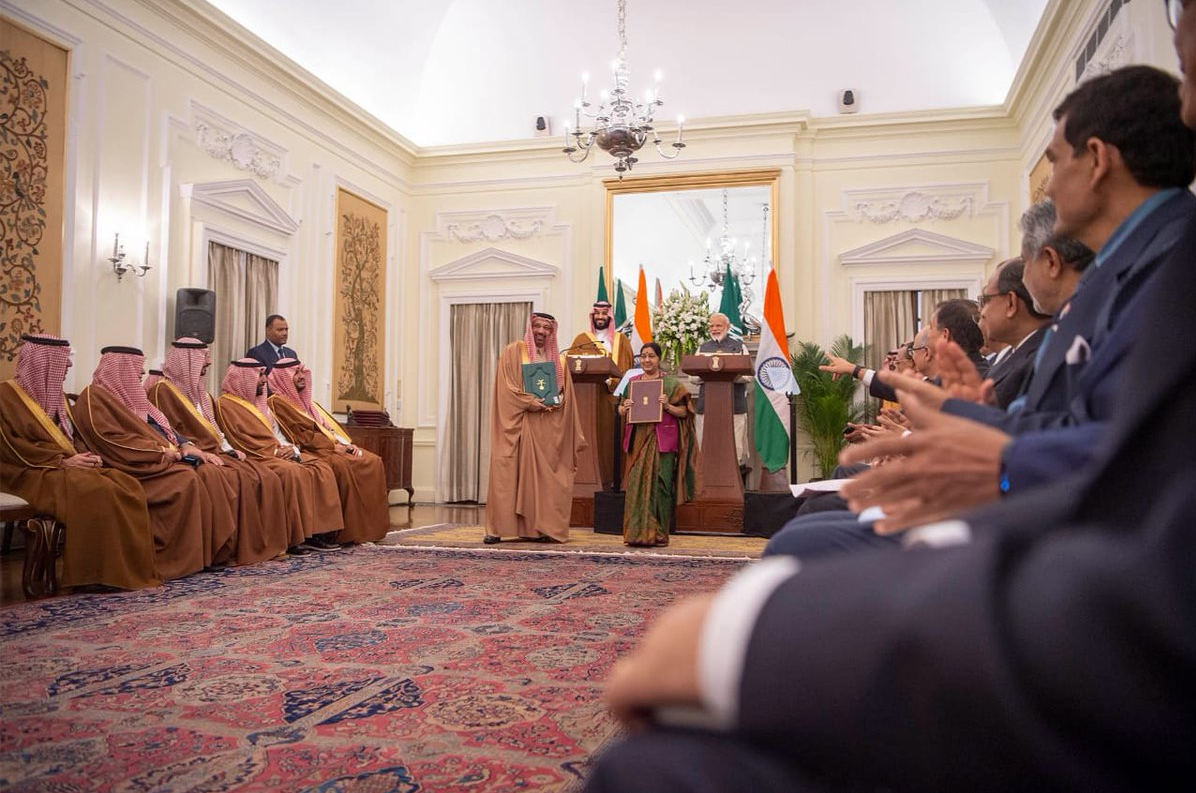 For his part, Modi said he had agreed with Saudi Arabia to strengthen cooperation on counter-terrorism, naval and cyber security.

At the ceremonial welcome in the presidential palace earlier on Wednesday, the Crown Prince told reporters: “The relationship between India and the Arabian Peninsula is in our DNA.” 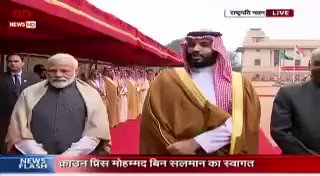 #CrownPrinceInIndia | Crown Prince: “the relations between #India and the Arabian peninsula, which #SaudiArabia represents 80%, goes to 2000 years in history”

“With the leadership of India’s President and India’s Prime Minister, I am sure we can create good things for Saudi Arabia and India,” he added.

Earlier on Wednesday, the Crown Prince had also met with India’s Minister of External Affairs, Sushma Swaraj, where they discussed the distinguished bilateral relations between the two countries, as well as regional issues.