The second day of Hajj is known as the Day of Arafat when the pilgrims travel to the mountain. (Arab News/ Ali Khamg)

An emotional woman looks up to the sky as she prays at Mount Arafat. (Arab News/ Ali Khamg)

Arafat day when the pilgrims revisit the site hill where the Prophet Mohammad delivered his final sermon some 1,400 years ago, calling for equality and unity among Muslims.(Arab News/ Ali Khamg)

It is not required to climb the hill, but many still do. (Arab News/Huda Bashatah)

ARAFAT: Over two million pilgrims arrived at Mount Arafat on Saturday as Hajj approached its peak.

Some of the pilgrims had tears streaming down their faces as the men and women raised their hands in worship on the slopes of the rocky hill. 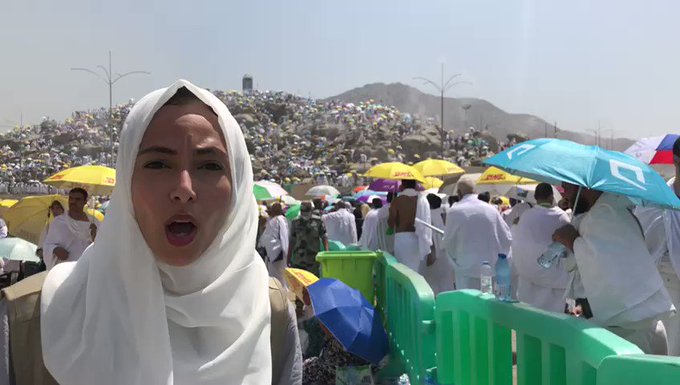 155 people are talking about this

Many walked through the pre-dawn darkness early Saturday to the hill where the Prophet Mohammad delivered his final sermon some 1,400 years ago, calling for equality and unity among Muslims.

Security authorities organized the roads and guided pilgrims in order to ensure their safe passage. The various government sectors have also offered hair, catering and medical services to worshippers.

Arab News is among the pilgrims as they embark on day two of their journey at #MountArafat https://bit.ly/2GVz5BK 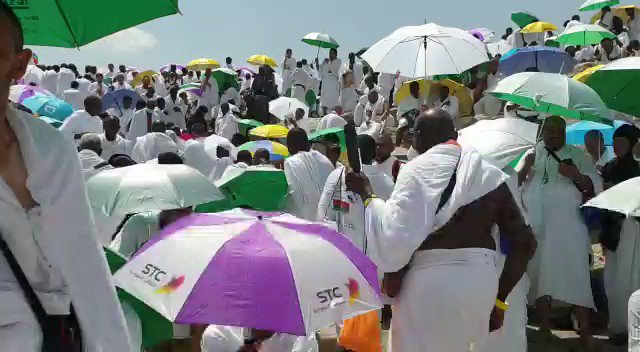 31 people are talking about this

One of the largest religious gatherings on earth, the second day of the hajj is often the most memorable for pilgrims.

Hajj pilgrims arrived at Mina on Friday where they remained in the city until sunrise on the second day of Hajj and then travelled to Mount Arafat.

They stand shoulder to shoulder with Muslims from around the world seeking God’s mercy and blessings.

Later in the day the skies turned grey as they filled with heavy rain clouds and spilled open, drenching everyone below.

But the turn in conditions did not dampen spirits and many of the pilgrims could be seen praying during the storm, expressing their joy for rain.

“I feel so happy, I feel as if my Hajj has received more mercy from Allah,” one pilgrim told Arab News in reference to the rain.